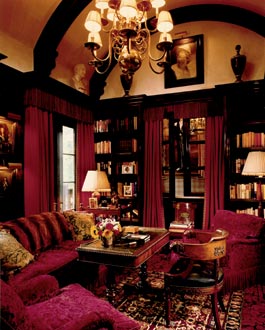 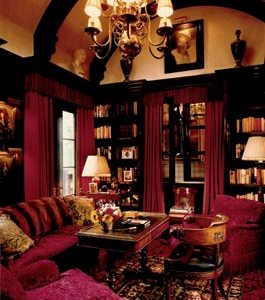 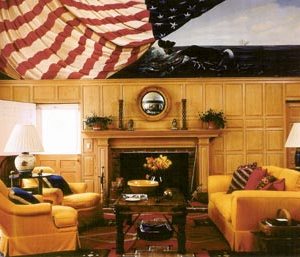 The designer as evangelist.

His mother worked for an architect, and his grandfather had owned a construction company, so Greg Jordan grew up drafting room plans and visiting job sites. But a career as an interior designer was the last thing on his mind; his ambition was to be president. “It wasn’t until years later that I realized I didn’t care about politics,” says Jordan, who hails from Monroe, La. “All I really wanted to do was live in the White House.”

After attending art school, he headed to New York and apprenticed with the top-drawer interior design firm Irvine, Fleming. He launched his own business in 1984. “Clients try you out, and if they like you they will give you another house and even pass you on to their friends,” he says. Jordan has acquired a high-profile roster of clients who appreciate his firm’s attention to detail and lack of fussiness. “We don’t do Disneyland decoration,” he says of his signature style, which is a blend of classical symmetry with a lush use of colors and luxurious fabrics. “What we do is timeless. We are driven by the practical use of rooms and making them comfortable.”

The “flag room” Jordan created for a client represents a typical example of his approach. “Years ago, the gentleman had started an investment banking firm with some friends, and with their start-up money they had purchased a very expensive painting of a whale-hunting scene,” Jordan relates. “The firm became very successful, and the painting still hangs in the corporate office. When my client retired, we wanted to honor that part of his life, so I had an artist reproduce the painting as a frieze in his home office on Long Island. Because there is great light in the room, everything else was meant to look like sunshine. That’s where the yellow fabric comes in.”

Jordan finds that husbands are increasingly involved with the design details of their homes. “I enjoy dealing with successful, self-assured men,” he says. “They have great respect for what goes into making a beautiful home; they understand that their house reflects their success. They look to us as their guides and trust us to not take the design too far or make them look like they are showing off.”

Once Jordan has earned his clients’ trust, he then coaxes them to take more risks with the design. “We are spending our clients’ dollars, so I try to show them how their lives will look 10 years down the line. We talk about how they will want to entertain, and we convince them that one day their kids will grow up and won’t want to jump on the furniture anymore.” Jordan himself has a clear idea of where he will be 10 years from now. “I have a group of young decorators who have been with me for years, and I would like to promote their talent,” he says. “That way I can be more selective about the projects I take on and it will free me up to write books and lecture.”

Jordan may have abandoned his political ambitions long ago, but he likes to preach about his chosen profession. He is working on what he calls his first “mission statement book,” titled Creating Visual Biographies, which he hopes will be the first of several volumes. He also travels around the country giving lectures on design. He is, he says, evangelical about the responsibility of decorating. “There is great intimacy and power in decorating,” he says. “It’s not all about poufs and chintz.”