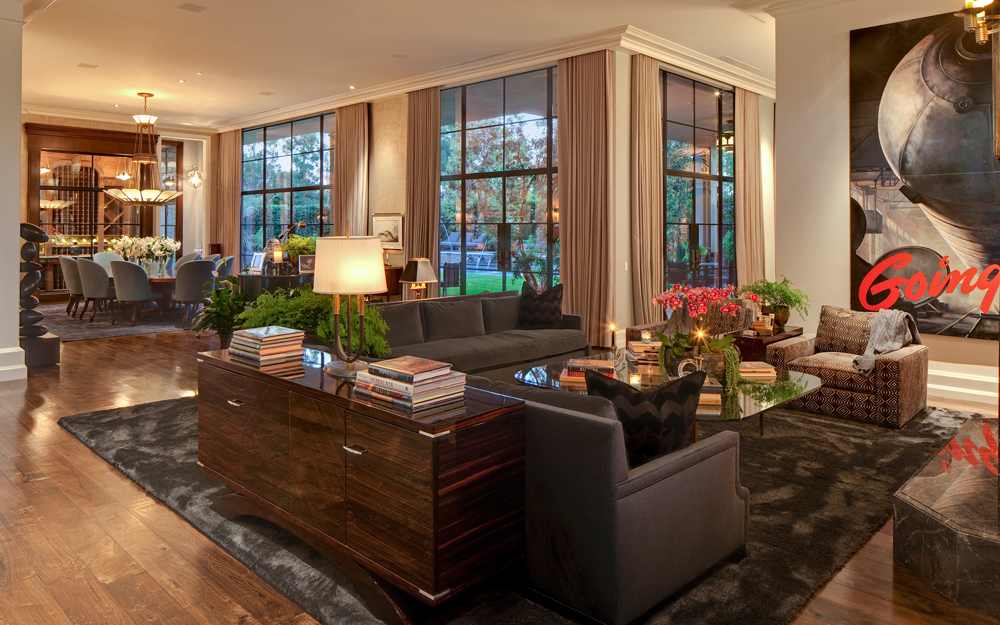 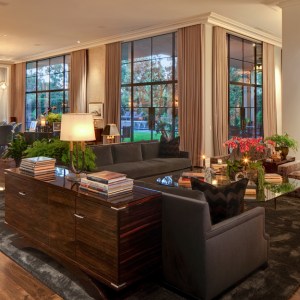 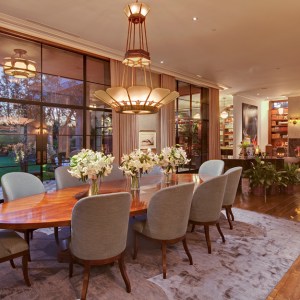 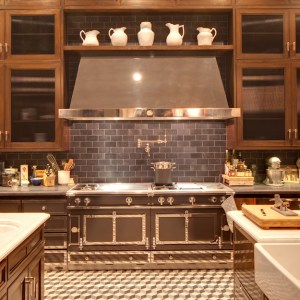 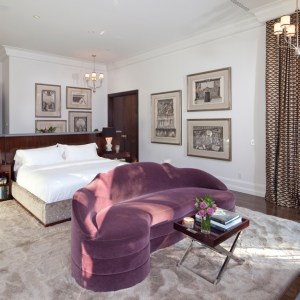 A pair of architecturally sculpted eagles that the designer Kristoffer Winters found at a salvage yard were the inspiration for his own Art Deco–influenced home—on the market for $24.95 million unfurnished, or furnished (price upon request)—in Los Angeles’s Holmby Hills enclave. Featured in Robb Report Home & Style’s March/April issue (see Smart Showings, page 37), the 10,005-square-foot estate on 1.89 acres bears the Reserve as its name, because the home’s eagles originally belonged to the facade of a 1920s-era Federal Reserve building. The pieces were so heavy a crane was needed to install them in the facade of Winters’s home. Winters also sourced newer pieces that carry an Art Deco feel but were much more easily brought into the nest. For some of the highlights, read on.

A mix of traditional and modern, the living room offers streamlined sofas from Christian Liaigre paired with throw pillows from Ralph Lauren Home and club chairs from Posse Furniture. Lighting from Visual Comfort & Co. gives the space a vintage feel.

Barbara Barry’s 14-foot-long Grand Oval Starburst table is the centerpiece of the dining room, while beneath the table a rug from Ralph Lauren Home provides plush warmth. Just beyond the space, zinc pots from Restoration Hardware lend sleek accents to the patio.

The La Cornue range is the hub of the kitchen, while graphic floor tiles from Villa Lagoon Tile and beveled wood cabinetry by Bill Wright (661.273.5789) complement the ornate appliance.

In the master bedroom, the Ralph Lauren Home rosewood bed and matching nightstands are warm and masculine, while the Michael Taylor Schiaparelli sofa, covered in plum-colored mohair-and-silk fabric from Kravet, gives the space a soft, feminine balance.

Modeled after a 1920s movie house, the home theater features recliners from Fortress Seating covered in fabric from Kravet.