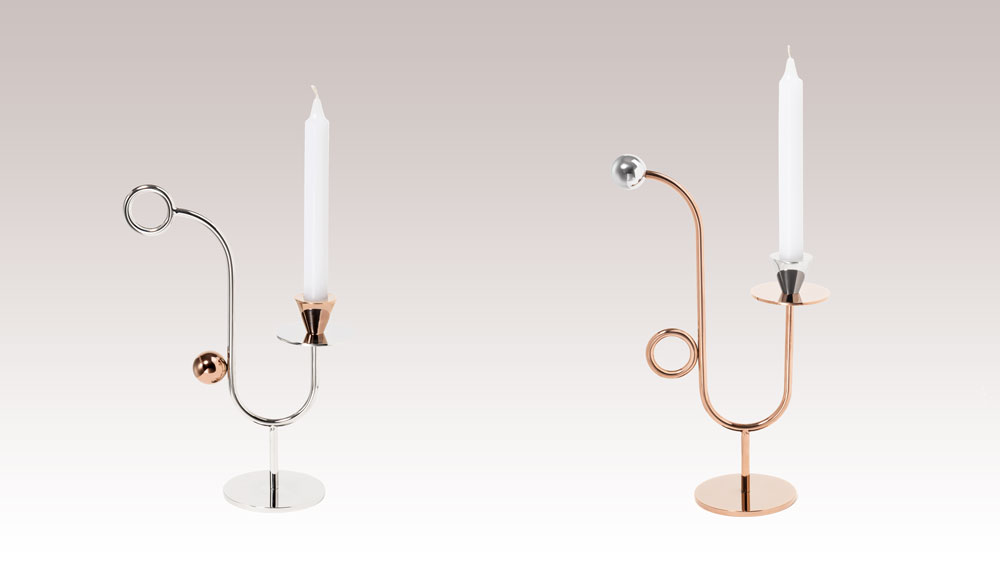 Apparently, love is the ultimate inspiration. If the epic tale of Tristan and Isolde are any indication, that is. Need more proof? There’s Cyrano and Roxane, as well as Rodrigo and Ximena. And who could forget Berenice and Titus? These are just a few of the star-crossed lovers in literature and art that have inspired Les Amants Eternels, a new collection of quixotic candleholders for the home.

The first-time collaboration between the 375-year-old Parisian candlemaker Cire Trudon and Thomas Dariel of Maison Dada have given birth to sensuously shaped candleholders made of cast brass with luminous silver and rose copper finishes. “For us,” says Dariel, “the burning flames of the tapers are a symbol of impossible, yet eternal love.” The partnership, he explains, “is truly one of old and new, which combines Maison Dada’s delusional imagination and Cire Trudon’s century-old know-how.”

Founded by Claude Trudon in 1643—during the reign of Louis XIV—Cire Trudon is the oldest continuously operated candlemaker in the world. In recent years, the one-time official candlemaker to the French court has gained a formidable reputation for its exotically scented beeswax candles, which are made largely by hand in an atelier in Normandy, and its unisex perfumes. Maison Dada, in contrast, is a relative newcomer on the design scene, having been established in Shanghai and Paris in 2015 by Dariel and his partner Delphine Moreau. Maison Dada specializes in whimsical editioned works—furniture pieces, lighting, textiles, and home accessories—that, Dariel says, “inject the spirit of Dadaïsme into everyday life.”

“Maison Cire Trudon has a tradition of collaborating with designers from different horizons with rich and elaborate creative visions, yet with an eye on tradition to better reinterpret the past,” says Julien Pruvost, who took the helm of venerable concern in 2009, adding that, “Maison Dada has revisited with brio a classic night light design by magnifying its proportions into two outstanding candle holders. Two lovers in the night.”

The candleholders are available exclusively at Cire Trudon boutiques in Paris, London, New York, and Seoul, and retail for €200 and €215 ($233 and $250) for the silver finish and rose copper finish, respectively.