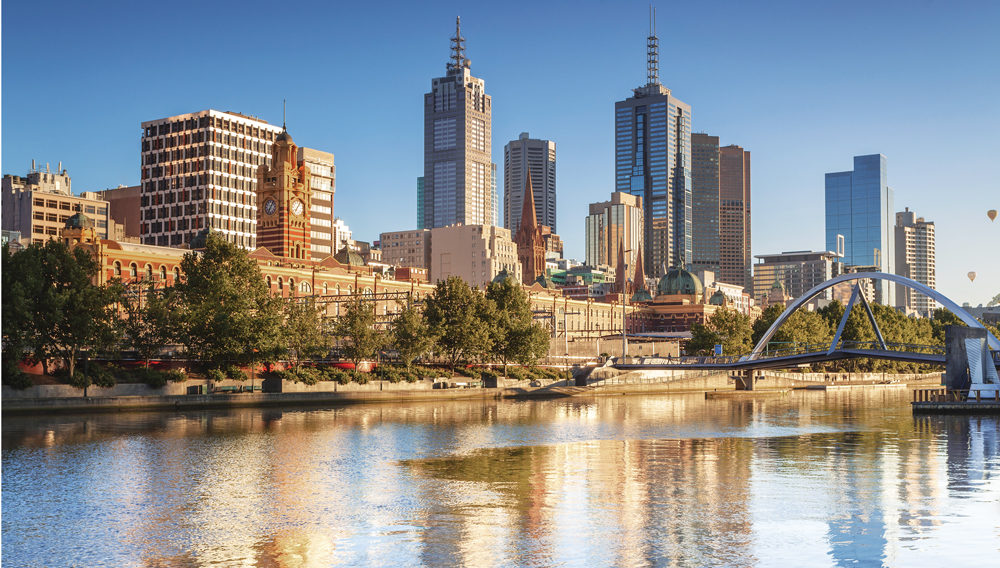 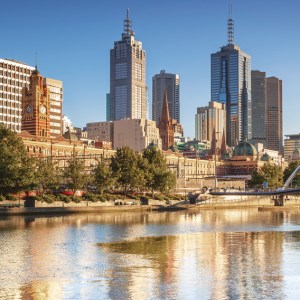 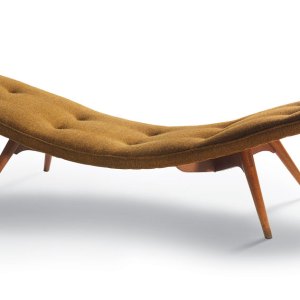 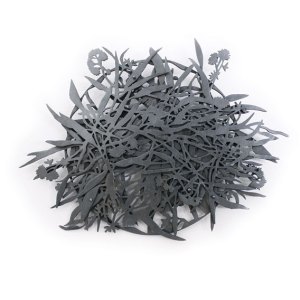 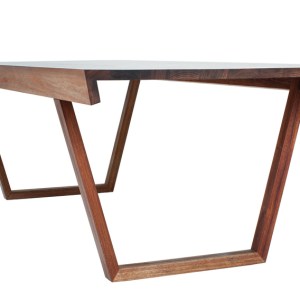 Melbourne may often find itself in the shadow of its better-known sibling, Sydney, but Australia’s southernmost metropolis is second to none when it comes to nurturing the country’s most dynamic designers and creative minds. Regarded as one of the most livable cities on Earth, the cultural hub sits at the top of any style-seeker’s list, thanks to a growing cadre of world-class museums, design schools, and art galleries. From the central business district’s tucked-away lanes packed with fashionable shops to the burgeoning art scene in neighborhoods like Fitzroy, Melbourne is boldly leading the design scene Down Under.

During the 1940s and ’50s, designers such as Douglas Snelling, Roger McLay, and Grant Featherston were at the helm of Australia’s midcentury-modern movement. Today, this Melbourne showroom in the Northcote suburb features restorations of the masters’ original works, including Snelling’s orb-shaped Kone chair and Featherston’s steam-bent plywood bench. +61.3.9489.8648, grandfathersaxe.com.au

Founded in 1995 by the jeweler Mari Funaki, this contemporary gallery is filled with handmade creations both nature-inspired and avant-garde. Curated exhibitions regularly feature such Australian artists as Julie Blyfield (whose brooches resemble leaves and other botanical specimens) and Blanche Tilden (known for her architectural jewelry employing silver and glass).  +61.3.9662.9446, galleryfunaki.com.au

Creations by Australia’s top lighting and furniture designers are on display at this showroom, which opened in 2013 in the trendy Fitzroy area just north of the central business district. Restored vintage pieces by the country’s original midcentury-modern masters (including the likes of Douglas Snelling and Grant Featherston) sit alongside current works by such Down Under luminaries as Justin Hutchinson. +61.3.9416.0349, tongueandgroove.com.au

Standouts from this design collective include a tall and narrow chest that mimics the architecture of structures found in rural Australia, and a porcelain tea set, adorned with fur, copper, and brass details, that honors the marriage of one of Tasmania’s first settlers to an Aboriginal woman in the early 19th century. +61.4.0650.0031, broachedcommissions.com

This collaborative studio combining the talents of the architect Alex Earl and the lighting designer Gerard Pinto offers custom pieces that meld cutting-edge technology and age-old craftsmanship. The company’s oeuvre brims with surprising details, from wooden stools that lean ever so slightly to sculptural lights that resemble orchids, dying leaves, and a giant lionfish. +61.3.9016.0064, earlpinto.com.au

Jewelry designer Welfe Bowyer’s handmade creations take after everything from concrete walls to tree bark. In his light-filled gallery located within Captains of Industry, Bowyer toils for days or weeks over his custom pieces, sourcing such local materials as Australian sapphires and emu leather and employing a proprietary technique that produces intricately textured surfaces. +61.428.660.886, welfe.com

For 60 years, Australian designers have been crafting one-of-a-kind pieces for this supplier turned manufacturer. The company’s Melbourne showroom has been joined by outposts in Sydney and Singapore, and Keith Melbourne’s organically inspired Cell table and Helen Kontouris’s thimble-shaped upholstered stools are among the operation’s latest works. +61.3.9666.4300, stylecraft.com.au

Australia’s world-famous architect and product designer has put his creative spin on everything from Champagne buckets for Dom Pérignon and camera bodies for Pentax to clocks for Jaeger-LeCoultre and dinnerware for Qantas. The Sydney native’s limited-edition Lockheed Lounge—an amorphous daybed crafted from aluminum and fiberglass—is on exhibit in Melbourne’s National Gallery of Victoria. Stateside, his works are frequently on display at New York’s Gagosian Gallery. +44.20.7932.0990, marc-newson.com

Everything at this gentlemen’s outfitter is bespoke, from the kangaroo- and ostrich-leather oxfords by the cobbler Theo Hassett to the jewelry by Welfe Bowyer and Ele Misko. Haircuts, beard trims, and straight-razor shaves take place in the one-chair barbershop, while whiskey is served neat (or however one prefers) in the café. +61.3.9670.4405, captainsofindustry.com.au

Each of the three Melbourne properties from this fashionable hotel brand is influenced by, and named for, an Australian

contemporary artist. In the suburb of St. Kilda, the Blackman features more than 400 prints by the artist Charles Blackman; in Prahran, the Cullen is dripping with street art–style works by Adam Cullen; and in South Yarra, John Olsen’s paintings of golden yellow suns and tangled green vines brighten guest rooms at the Olsen. artserieshotels.com.au

From Melbourne’s in-demand restaurants to its high-fashion boutiques, the Australian design firm March Studio has conceived some of the city’s most innovative interiors. Here, Australian Rodney Eggleston—who founded the firm in 2007 with his wife, Anne-Laure Cavigneaux—shares some of his favorite projects around town.

Aesop Prahran March Studio has designed sleek boutiques from Zurich to Paris for Australia’s most famous skin- and hair-care brand. In this minimalist flagship in the suburb of Prahran, find the company’s products neatly tucked into latticed timber shelves, which wrap from floor to ceiling. +61.3.9510.6441, aesop.com

Baker D. Chirico For the best pastries in town, Eggleston recommends this bakery, which his firm completed in 2011 in suburban Carlton. Designed to evoke an oversize bread basket, the space features undulating plywood walls that twist throughout the space to create shelves, countertops, and a sculptural ceiling. +61.3.9349.3445, bakerdchirico.com.au

Lucy Liu’s Kitchen and Bar Visitors to this hip pan-Asian restaurant hidden along one of the city’s graffitied lanes enter through a dramatic neon-red tunnel before arriving in a dining room adorned with timber-battened ceilings and walls, shiny concrete floors, and a brick-and-steel bar. “The layers of different materials open up the space and create pockets of intimacy,” Eggleston says. +61.3.9639.5777, lucylius.com.au

Sneakerboy Some of the world’s top designers—Givenchy, Lanvin, and Balenciaga, to name a few—display high-fashion sneakers on glowing platforms in this retro-futuristic boutique on Little Bourke Street. Eggleston’s design for the structure features a tunnel-like entry and LED tickers that display information about each product. sneakerboy.com