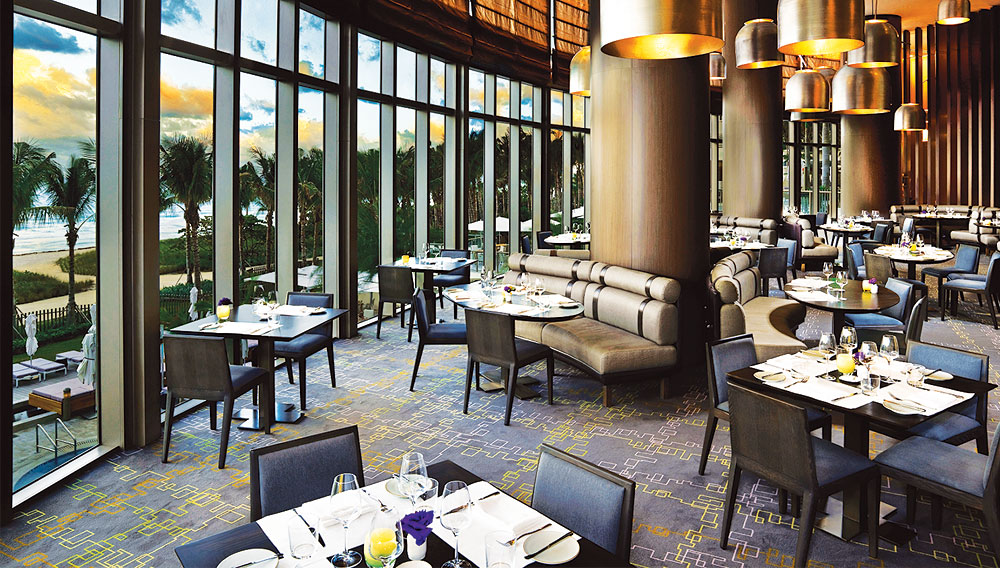 1} St. Regis  At the city’s northern tip, directly across from the Bal Harbour Shops, this 227-room hotel offers magnificent, 650-square-foot standard rooms—all with ocean views—that feel like suites thanks to foyers, enormous bathrooms, lounging and work areas, and generous balconies. Yabu Pushelberg designed the entire property, which opened in 2012 and includes two pools, beach cabanas, a spa, a well-appointed fitness center, and one of the few restaurants in the area with an ocean view. From $850. www.stregisbalharbour.com

2} 1 Hotel & Homes  Ideally situated in South Beach, this new project from Richard LeFrak and Barry Sternlicht occupies the site of the former Gansevoort Hotel. The Gansevoort has been entirely gutted and, by the end of this year, will be transformed into 161 residences and a 417-room hotel. The Brazilian designer Debora Aguiar gave the interiors a relaxed Hamptons feel, with natural wood furnishings and light linen textiles. Amenities at the enormous property will range from a spa and wellness center and a farm-to-table restaurant from Tom Colicchio to four swimming pools and more than 600 feet of beachfront. 1hotels.com/southbeach

3} The Setai  Less than a decade after opening, this Miami Beach hotel has already refurbished its popular public areas. The property’s recent updates include sparkling glass mosaic tiles in each of its three swimming pools, a refurbished beach bar, and new furnishings in the guest rooms. The hotel has a relaxed, Balinese-style atmosphere, with dark woods and fabrics, and a central lounge and restaurant created around a serenity pond. From $575. thesetaihotel.com

4}  Soho Beach House  You need not be a member of the Soho House to book a room at this chic 49-room hotel, which is integrated with the exclusive private club. Designer Vicky Charles gave the property a South American feel with dark woods juxtaposed against a bright palette of seafoam and orange, and cabana-striped furnishings outdoors.