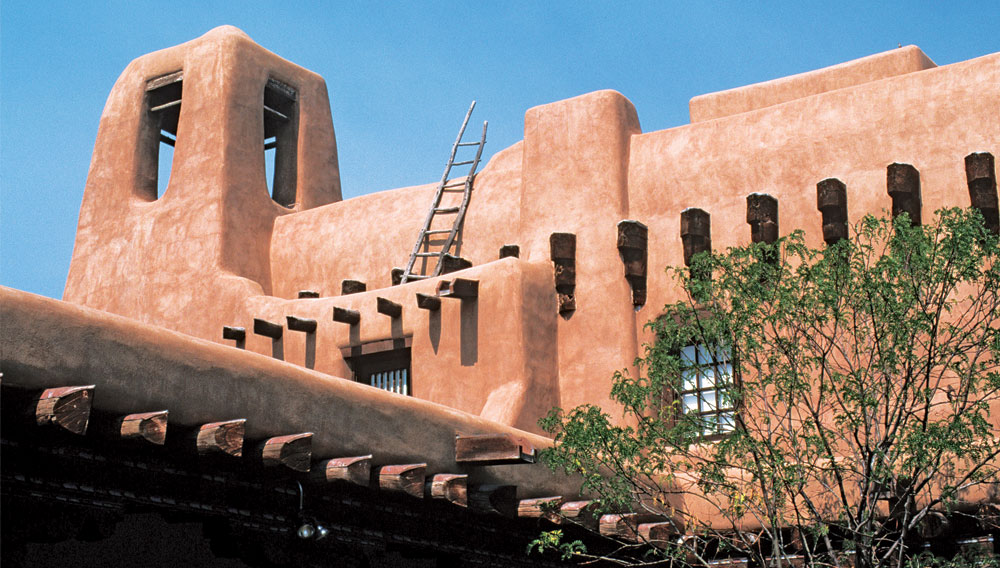 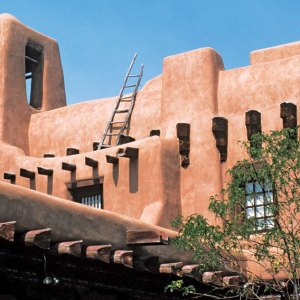 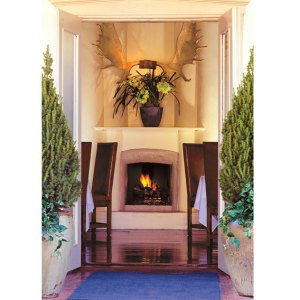 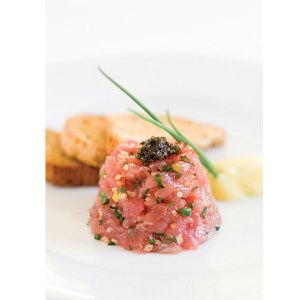 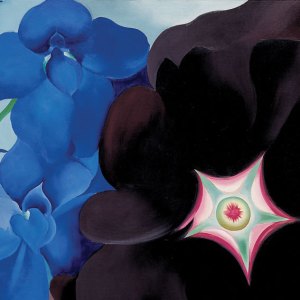 A multicultural magnet for connoisseurs of art.

As the northernmost outpost of Spanish colonialism and the southern terminus of its namesake trail from Missouri, Santa Fe has been a cultural crossroads for centuries. The intermingling of Spanish decor with indigenous adobe construction resulted in a Pueblo-Spanish style that defines the look of this oldest U.S. capital city. In the early 1900s, city planners bolstered the style when they encouraged developers to incorporate elements such as adobe walls, flat roofs, and heavy rafters called vigas—a design typified by the New Mexico Museum of Art. Today, Santa Fe’s sun-splashed landscapes, along with its cultural openness, make the area a haven for native and transplanted artists. With a vibrant art scene and more than 200 galleries within 2 square miles, Santa Fe is a mecca for art lovers.

Chef and owner Mark Kiffin, a James Beard Foundation Award winner, serves American classics such as beef tenderloin, as well as signature dishes like tuna tartare with osetra caviar, in an adobe compound that was transformed into a restaurant by the architect Alexander Girard. Sculptures by the Chiricahua Apache artist Allan Houser adorn the back patio.

A favorite of gallery owners and gallerygoers, this fine-dining establishment is a fixture on the historic Canyon Road. Leather seating and kiva fireplaces warm up the elegant interior of the landmark adobe building, built in 1756, where chef Eric DiStefano presents what he terms “global fusion” cuisine. Not to be missed is the peppery elk tenderloin.

The institution possesses more than 3,000 of the painter’s works and artifacts, many of which are displayed to maximum effect on the adobe walls of this serene space, which is the most visited museum in New Mexico. Other holdings are O’Keeffe’s Ghost Ranch house and her Spanish colonial compound and studio in Abiquiu, about an hour outside Santa Fe.

Inn of the Five Graces

A kaleidoscope of color greets guests who enter one of the 25 chambers at this compound of buildings in the country’s oldest inhabited block. Tapestries and mosaic tiles cover nearly every surface to form a lavish crazy-quilt backdrop for the furnishings that the owners have gathered from around the world; the imaginative tableau shows how decorative patterns from everywhere on Earth can play well together. A cozy Tibetan spa offers Ayurvedic high-altitude treatments.

This inn calls itself “the Art Hotel,” referencing its more than 600 artworks—many of them for sale and all overseen by the hotel’s staff curator, who changes exhibits periodically. The 6-acre spread incorporates 158 accommodations, mostly casita-style, and a full spa. Some rooms are located in the Staab House, a Victorian mansion built in 1882 whose owner, Julia Staab, has never left: Her ghost is said to haunt the area near her former bedroom on the second floor.

Famous as a wedding chapel, Loretto is even more renowned for its “miraculous” staircase. The legend goes that the 19th-century Sisters of Loretto, seeking to build a staircase to complete their new Gothic-revival chapel, prayed to St. Joseph the carpenter, and after nine days a stranger showed up and built them a stairway with no visible central support and held together with only wooden dowels. He disappeared without accepting payment, and his identity remains a mystery.

2} Evoke Contemporary  Provocative modern works are a specialty of Evoke, which makes optimum use of its downtown location by scheduling a full lineup of events and benefits throughout the year. (Shown: 11 May 2013, Lynn Boggess.)

4} Niman Fine Art  One talented family owns and operates this downtown gallery, where Dan, Arlo, and Michael Namingha explore their Tewa-Hopi roots through a modern vision in their paintings, sculpture, and photography. (Shown: Windows and Doors, Arlo Namingha, 2013.)

Accounts of an inn on this site at the plaza date to the early 1600s. In the 1920s, two of the architects most responsible for the Santa Fe style—Isaac Rapp and John Gaw Meem—oversaw construction of the current La Fonda (Spanish for “the inn”), which underwent a renovation in 2013. Local artists—many from surrounding pueblos—produced hand-painted furnishings and tile murals, as well as hammered-tin and copper fixtures, creating for the property an authentic New Mexican ambience.

Adobe-walled with partially open sides, the opera sits atop a mesa on about 150 acres, and patrons can see the Jemez Mountains through the back of the stage. The swooping roof captures rainwater for landscape maintenance, and it also enables sound to best reach the audience, whose members have translation screens for English and Spanish at their seats. Tailgating is part of the experience, and the June-through-August season offers a challenging mix of familiar and new works.

1}Ernst Gruler  For 25 years, Gruler has honed the designs of his sculptural tables, desks, and ergonomic chairs (shown: his “original 3 legged” version), all of which are striking yet comfortable. His furnishings, lighting, and art are available through GVG Contemporary gallery.

2} Andrea Fisher Fine Pottery  The pottery is handmade (not wheel thrown) and grouped by its geographic origins. New Mexico’s pueblos and others are represented. Among the artists are Maria Martinez (aka “the Picasso of American Indian pottery”) and Margaret Tafoya (whose black wedding vase is shown).

3} Nambé  Named for a pueblo about 18 miles outside Santa Fe, Nambé’s proprietary metal alloy was invented in 1951 by a former metallurgist at the Los Alamos laboratory. Like the lab’s classified work, the alloy’s formula remains top secret. The silvery pieces are favored for serving food because of their ability to retain either heat or cold.