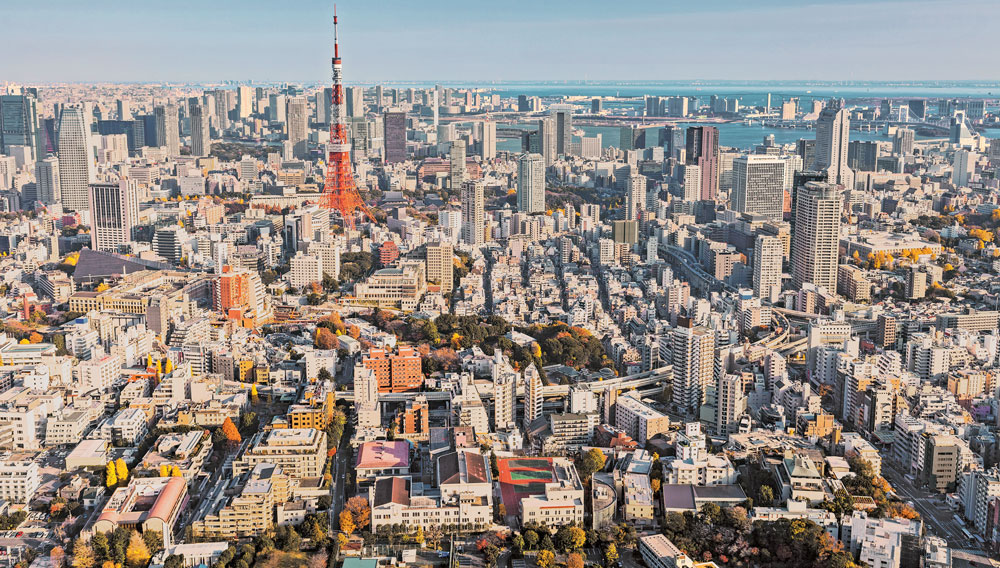 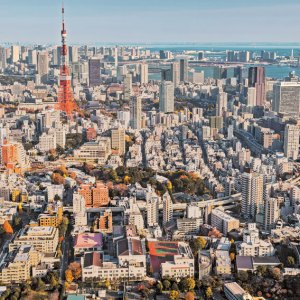 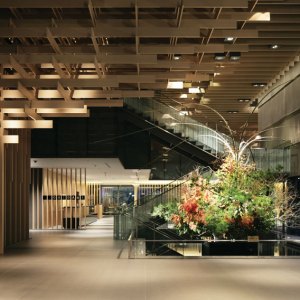 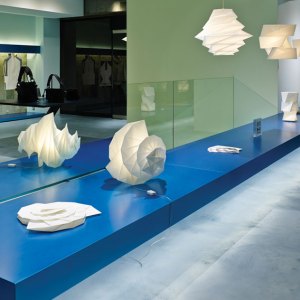 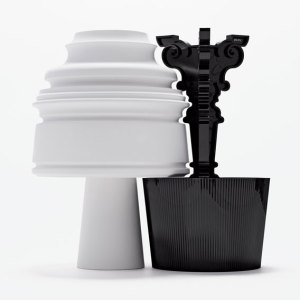 Asia’s capital of style is a portal to the future—and the past.

The world’s largest metropolis is a futuristic maze where bullet trains travel at dizzying speeds and neon lights seem to burst from every corner and back alley. But beneath Tokyo’s ultramodern facade is a delightfully steadfast adherence to tradition in which centuries-old trades and long-standing customs are applied to everything from floral arrangements to fashion. The result is a dynamic local scene that marries the greatest minds with the most skilled artisans—and sets the tone for the design world at large.

​The architect Kengo Kuma—one of Japan’s great design stars—breathed new life into this landmark hotel in Chiyoda when he collaborated on its ground-up redesign in 2010. Shoji screens, calligraphy prints, and blond wood furniture lend traditional ryokan-style elements to the 251 contemporary guest rooms, while the light-filled lobby is a modern aerie surrounded by sleek glass walls and reflecting pools. +81.3.3503.0109, capitolhoteltokyu.com

The multifaceted fashion designer Issey Miyake is acclaimed as much for his simple, contemporary pieces as for his architecturally significant boutiques. At this Minato-district shop designed by the Japanese artist Tokujin Yoshioka, the label takes its free-form style to new heights, displaying technology-inspired apparel and accessories in a pair of vibrant-green and electric-blue showrooms separated by concrete columns and glass balustrades. +81.3.5772.7750, isseymiyake.com

This prolific studio led by the Japanese designer Oki Sato blends utility and elegance in everything from chopsticks to chairs. The Tokyo-based company’s diverse oeuvre includes such pieces as the pictured Eigruob lamp—designed for Kartell as an homage to Ferruccio Laviani’s famed Bourgie lamp—and Fold, a shelving unit made of interlocking wooden boards oriented at different angles. +81.3.6661.3750, nendo.jp

Conceived by Issey Miyake and designed by the architect Tadao Ando, this experimental museum in the Roppongi district is equal parts architectural marvel and cultural institution. From the outside, the structure appears ready to take wing, its two striking triangular concrete splints reaching toward the sky; in the belowground galleries, rotating exhibitions explore the intersecting themes of design and technology. +81.3.3475.2121, 2121designsight.jp

Designer Koichiro Kimura’s two-story gallery in upscale Aoyama is a work of art in its own right, painted in vibrant hot pink and covered with thousands of white lacquered pyramids. The artist—a lacquerware master whose family has been in the trade for more than 400 years—creates everything, from teacups and USB sticks to chairs and tables, using traditional techniques and modern technology. +81.3.6427.4877, love-international.jp

Located a stone’s throw from the Imperial Palace Gardens, this 290-room hotel is home to one of the city’s most comprehensive collections of contemporary Japanese artworks; its more than 700 pieces include a magnificent crystallized panel by Shinji Ohmaki in the lobby. A partnership with the experts at Blouin Artinfo offers guests further immersion into Tokyo’s thriving cultural scene with tailored art, architecture, and design tours. +81.3.3211.5211, palacehoteltokyo.com

Some 3,000 bamboo shoots hang from the ceiling of this Kengo Kuma–designed teahouse and café, which opened in 2013 on the fifth floor of the Ginza Kabukiza theater complex. A shining example of the Japanese architect’s trademark modern-meets-traditional style, the 1,290-square-foot space features clean lines and natural materials, with a roof garden on view through floor-to-ceiling windows. +81.3.3545.6800, kabuki-bito.jp

It appears as if nothing has changed at the Imperial Hotel’s den-like bar since the architect Frank Lloyd Wright first designed the property in the 1920s. In fact, the setting is a replica, built during the 1970s after Wright’s original iteration was razed. Still, visitors today can imbibe within the same Oya stone and terra-cotta walls that adorned Wright’s iconic version. The Mount Fuji—a cocktail composed of dry gin, lemon and pineapple juices, and egg white—has been on the menu since 1924. +81.3.3504.1111, imperialhotel.co.jp

Nowhere are fashion and architecture more intrinsically linked than on the streets of Tokyo, where haute couture is commonly found within the city’s most impressive architecture. Here, we visit the top collaborations in town.

Hermès’s Renzo Piano–designed Tokyo headquarters launched a revolution when it debuted in 2001. Wrapped in more than 13,000 textured glass bricks, the slender tower is a glowing landmark in the heart of glitzy Ginza. +81.3.3289.6811, hermes.com

Prada tapped the Swiss firm Herzog & de Meuron to create this crystalline structure, which opened in 2003 in the upscale Aoyama neighborhood. On the outside, diamond-shaped bubbles create the illusion of an oscillating facade; inside, the Italian label’s fashions are displayed on stark-white silicon-and-fiberglass shelves for an equally futuristic aesthetic. +81.3.6418.0400, prada.com

This concrete labyrinth housing some 130 shops, including Harry Winston and Bottega Veneta, is Tadao Ando’s answer to the big-box shopping mall. Gently sloping catwalks mimic the natural incline of Omotesando Avenue outside, while glass balustrades and tile mosaics contribute to the tranquil setting within. +81.3.3497.0310, omotesandohills.com

Designed by the Japanese firm SANAA in 2004 and renovated by the U.S. architect Peter Marino last year, Dior’s establishment on Omotesando Avenue appears as a shiny stack of layered acrylic and glass. The redesigned interiors, meanwhile, are a contemporized spin on Dior’s worldwide flagship on the avenue Montaigne in Paris, featuring textured walls, reflective plinths, and pale parquet floors. +81.3.6419.2055, dior.com

Covered in a crisscrossing concrete-and-glass pattern that evokes silhouettes of the zelkova trees lining Omotesando Avenue, Tod’s Tokyo branch by the Japanese architect Toyo Ito is a harmonious blend of industry and elegance. Inside, materials such as wood, stone, and leather create a natural backdrop for the Italian label’s shoes and accessories. +81.3.6419.2055, tods.com