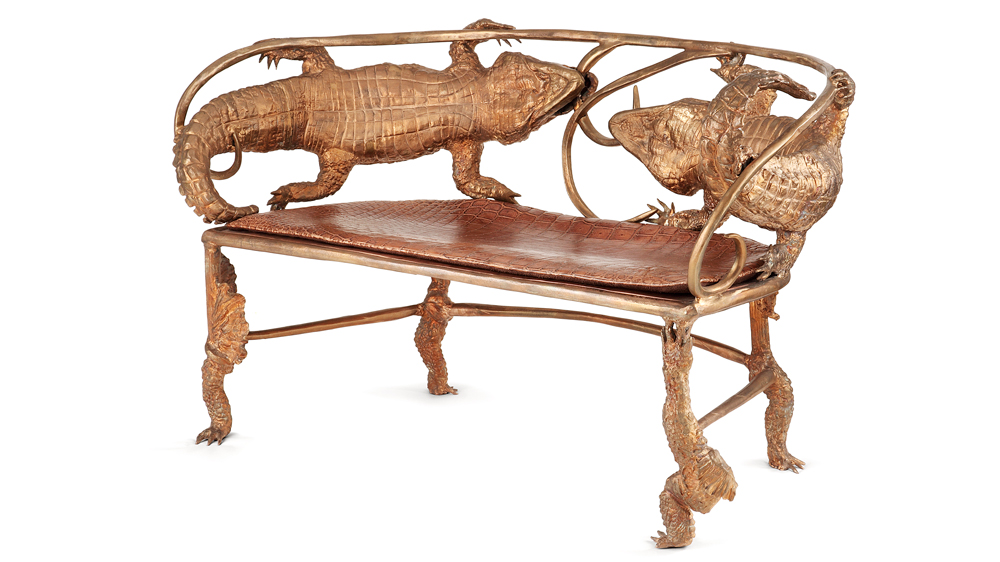 Claude Lalanne’s gilt-bronze Banquette Crocodile is one of the designer’s most sought-after pieces, the realism of its reptiles coming as a result of a trip to the Paris zoo in 1972. It seems the French designer—part of the noted duo Les Lalanne with her late husband, François-Xavier—had envisioned the creation of such a piece for quite some time but was in need of an actual crocodile upon which to base it. As the story goes, Lalanne decided to put in a request to the city’s zookeepers for the remains of a crocodile, should one happen to expire of old age when nature took its course. And so a croc died one moonlit night; shortly thereafter, Lalanne went to collect her specimen in the company of fellow artist Niki de Saint Phalle.