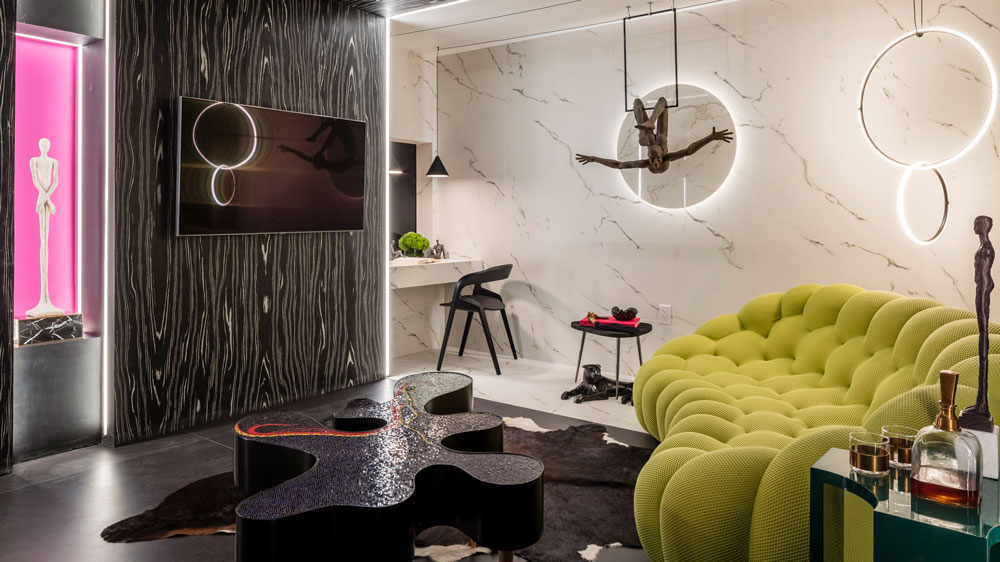 Art Basel might be better known for parties than art these days, but the design scene continues to captivate. When Casacor Miami launched alongside Art Basel last year, it proved that interior design deserved its own place among all the debuts and outsize fetes. The concept is simple: a cool, immersive show house where designers could present their stylized visions in an actual residential setting.

Part of Grupo Abril, Casacor—started decades ago in Brazil—has been considered a premier event across 20 cities and five South American countries. The hook is that the participating designers, architects, and landscape architects are free to go wild. “Casacor lets the artists bring their creativity into their own spaces, meaning each designer is free to express their vision as they prefer, with no limitations,” says Lucio Grimaldi, CEO of Casacor Miami. “We try and innovate and disrupt the traditional show house by making Casacor a sensory experience that generates an emotional response.”

A cool location doesn’t hurt either. And you can’t think Miami without the right real estate. Casacor Miami, which is presented by the Spanish high-end architectural surfacing brand Cosentino, has landed at Brickell City Centre’s headline-making building, 700 Brickell Avenue, by Swire Properties. “Brickell has become a magnet for international visitors, and that ties in very well with Casacor,” says Grimaldi. “This particular location was also chosen because it is located in the prime intersection in downtown Miami.”

With the right address, it’s all up to the design talent—an international mix of 20 established and emerging creatives like D’Apostrophe, Inês Martins, Jesus Pacheco, Pininfarina, Adriana Mavignier, Sabrina MacLean, and Desirée Casoni. The microenvironments, or vignettes in design-speak, range from a high-wattage man cave and a sprawling kitchen/lounge space to a chic architect’s study and a clever outdoor living area fashioned from shipping containers. Art was not an afterthought, and the rooms highlight the work of Carol Adrianza Ferdinand, Christian Feneck, Flora and Form, Karen Starosta-Gilinski, Kerry Philips, Lucinda Linderman, Juliana Aragao and Flor Troconis, Nina Surel, Stone & Rose, and Natalia Giannangeli.

As part of the looser, more laid-back vibe of the exhibition, questions are encouraged. The designers of each space are on hand to engage and answer questions about the how and what of their designs or if anyone is for hire. Says Grimaldi, “We have had many instances where designers were approached by potential clients.”

Casacor is a fantasy trip for design lovers, or a way to shop for your future place. But it’s only around until December 16. Tickets are available online.