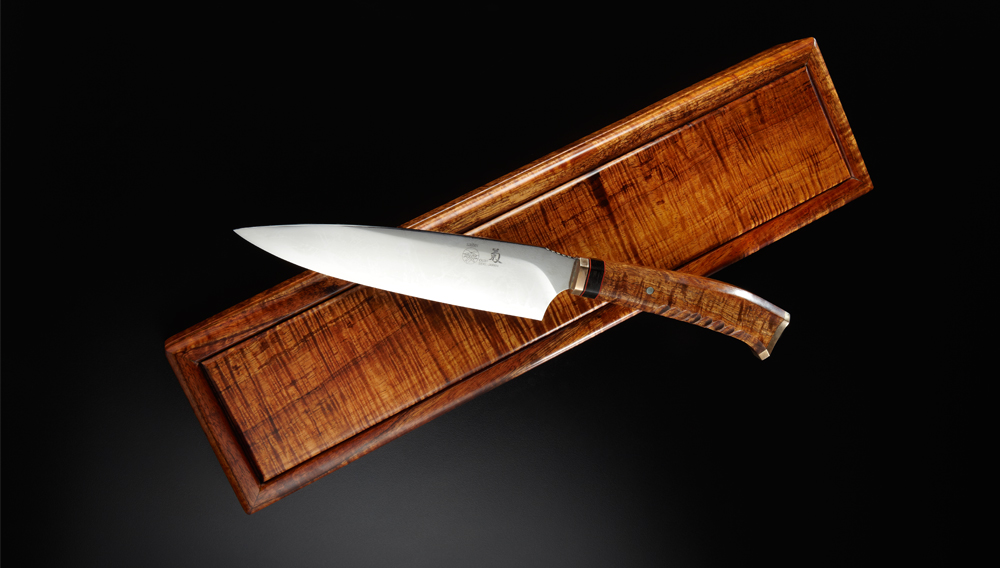 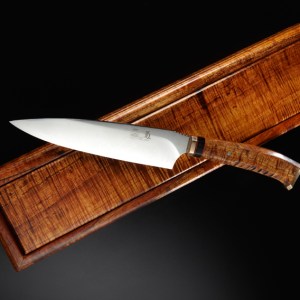 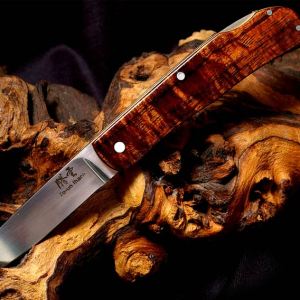 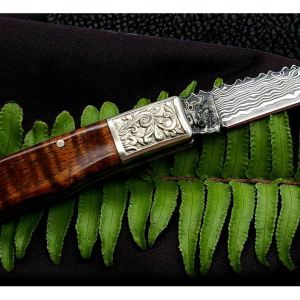 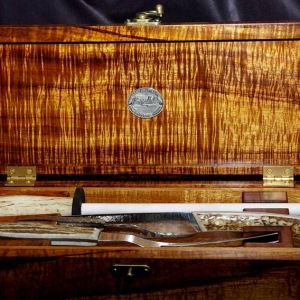 An American soldier on tour in Iraq was carrying one of Kikuo Matsuda’s tactical knives when a sniper shot him. The hard steel—Matsuda is known for his use of rare steels like OU31 and D2 that he sharpens with a secret grinding process—blocked the bullet, saving the soldier’s life. “The exotic steels he uses are so strong and durable that you could cut through a car door and then shave your face with one of his knives,” says Gregg Salter, the Hawaii-based wood craftsman who has commissioned Matsuda to create the Combat Chef (seen in the July/August issue of Robb Report Home & Style). The kitchen knife is the first-ever nontactical blade from the Japan-based expert (his daggers are carried by President Vladimir Putin’s bodyguards), whose ancestors were samurai with the Tokugawa shogunate.

Matsuda spent a month working the carbon steel, which is stain-resistant and features a subtle damask pattern. Salter, who has been creating specialty kitchen knives for more than 40 years (and whose customers include Charles Schwab and the British royal family), then spent 180 hours hand carving and polishing the wooden handle and matching display box from rare, naturally fallen, curly koa wood that he handpicked from a local source. The resulting one-of-a-kind knife is priced at $12,000, but Salter also offers more standard items, such as pocket knives (from $280), carving sets (from $950), and other chef’s knives (from $500), as well as custom cutting boards and wood display boxes.