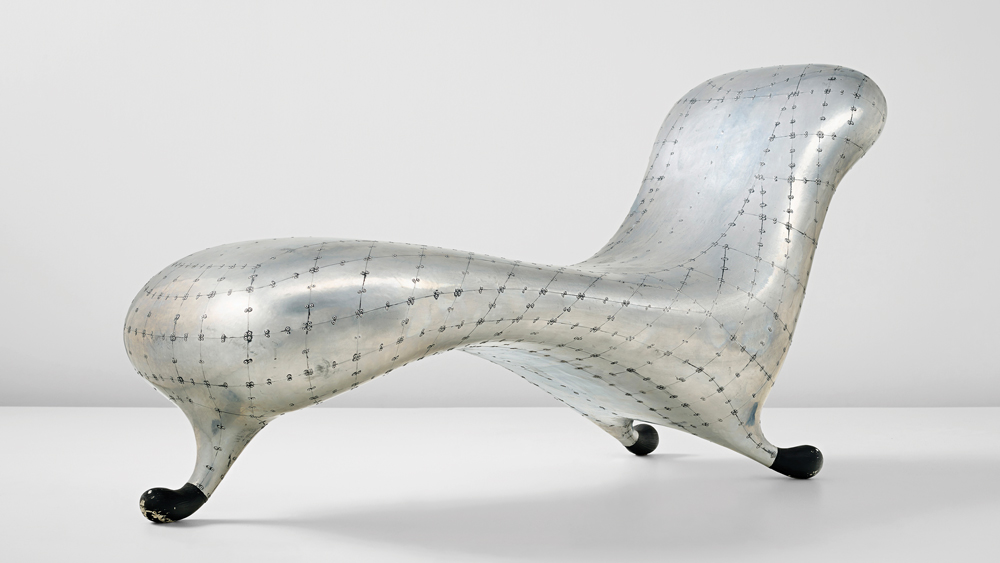 The overall market for 20th-century design made a strong recovery in 2016, even after a sharp fall in 2012 followed by 3 flat years. Art Deco period furnishings and decor accounted for the greatest value of sales last year, but the volume of sales from that era declined compared to 2015. Meanwhile, interest in postwar-modern and contemporary works trended upward.

Twentieth-century design can be broken up into roughly five styles and time spans: art nouveau (1900–1920), Art Deco (1920–1945), postwar-modern (1945–1970), postmodern (1970–1990), and contemporary (1990–2011). DeTnk—which is an online marketplace for collectible design, a showcase for designers, and a self-proclaimed think tank dedicated to interior design—released a recent report that analyzes sales prices and volumes for each period. Using sales data from auction houses Christie’s, Sotheby’s, Phillips, Dorotheum, and Wright, the report also includes the DeTnk Design Index, which summarizes data into a simple
number to assess the market’s climate year after year.

For 2016’s market activity, that simple number is 145. This figure becomes meaningful only when you compare it with the number for 2015 and find that it’s nearly 12 points greater, indicating strong overall market growth. It’s also more than 50 points greater than the Design Index for 2008, when the market bottomed out during the Great Recession. However, activity is still down from 2012, when the index peaked at 175.

“I was surprised by the fall in the market in 2013,” says architect and designer Rabih Hage, who founded DeTnk. “But since then, we have seen a steady maturing of the market, which is remaining more steady without much volatility.”

Hage views the 2013 index decline as more of a correction than a crash. “After the fantastic year of 2012, people started offering a great deal of lots for sale between 2013 and 2015, thinking they would be able to sell as they had in 2012,” he says. “Unfortunately, the great success of 2012 didn’t continue, but now we have more sustained growth.”

Indeed, according to DeTnk, the total value of the global 20th-century design market increased 36 percent from 2015 to 2016, and the average sales price jumped 9 percent.

DeTnk found that only 66 percent of Art Deco items offered at auction in 2016 were sold, but they also garnered the highest average price. The report notes that a single extraordinary sale can greatly affect this average-price figure. Recent such sales involving items from the Art Deco period include Phillips’ 2014 auction of Isamu Noguchi’s 1939 Goodyear Table, which brought more than $4.45 million.

The average-price figure suggests that collectors have an increased interest in Art Deco. But with a third of the items going unsold, the prices may be too high, says Hage. “We’re seeing an incremental retreat from Art Deco.”

Carina Villinger, the head of Christie’s 20th- and 21st-​century design department, also notes a retreat from some items that DeTnk’s timeline categorizes as Art Deco. “The 1940s market is usually associated with more ornate work, and a more ornate aesthetic is not doing so well now,” she says. “Those prices have leveled off, and people have turned to other periods that reflect a more contemporary look.”

DeTnk’s findings support this observation. Postwar-modern items had the lowest average selling price, but 74 percent of the works that went to auction were purchased. Postmodern also sold at a 74 percent rate.

Postmodern on the Rise

Some of the more significant recent sales at Phillips have involved artists that fall into DeTnk’s postmodern category. “We have seen an increased interest in works of handcrafted British modernism—particularly studio ceramics and textiles,” says Meaghan Roddy, Phillips’ senior specialist of design. “Works by Lucie Rie, Hans Coper, and Peter Collingwood, among others, have been attracting more and more attention from collectors across the globe.”

In December 2016, Phillips set a new auction record for Rie when a circa-1978 white glazed bowl of hers sold for $212,500 in a New York sale. “Works with a handmade or handcrafted element tend to evoke an emotional response, which really holds appeal for collectors,” says Roddy. “And this can certainly explain the recent surge in interest for works of the studio movement.”

Another recent notable Phillips sale from the postmodern era involved Marc Newson’s circa-1990 Lockheed Lounge, which fetched approximately $3,700,400 at a 2015 sale in London.

Like Art Deco, art nouveau may have also reached its peak, according to DeTnk. Only 67 percent of items that went to auction in 2016 were sold. The world record for any piece of 20th-century furniture belongs to what DeTnk would classify as an art nouveau item: Eileen Gray’s Fauteuil aux Dragons (Dragon Armchair). This piece sold for over $28 million at a Christie’s sale in Paris in 2009.

Notwithstanding DeTnk’s observations about the recent activity relating to art nouveau works, one segment of that market has been doing well at Christie’s, according to Villinger. “We’ve seen a renewed interest in French art glass,” she says, specifically citing the work of Émile Gallé. “That market had definitely shrunk a little, but we got a great response to a sale we had in March 2016.”

“I think the French art-glass market is the sort of market that is always alive, even if it’s not necessarily incredibly contemporary and sexy,” says Villinger. “It’s a market that is very well supported by collectors who truly love the material and the designs of these pieces. They tend to be slightly older collectors. It’s definitely a market that appeals to a more seasoned collector who has a more historic outlook. A young collector of contemporary art would not really want something from Gallé.”

Those young collectors, observes Hage, will be the strongest influence on the collectible-design market for the next decade, and they will be driving demand for items from the contemporary period. “The contemporary market is coming back slowly, and this trend will continue with the younger buyers,” he says. Contemporary works had the second-highest average sale price in 2016, and 71 percent of the items that went to auction were purchased.

In offering general advice on buying collectible design, Roddy suggests those younger collectors should consider items such as French art glass. “You should focus on buying what you like and—especially with design—buying what you need,” she says. “Buying design for investment purposes shouldn’t be your objective. You should focus on works that speak to you and those you genuinely want to live with. I would, however, recommend that you not buy only what makes you feel comfortable. You should always challenge yourself a bit and broaden your horizons. That’s often how the most interesting and successful collections are made.”

Collectors seeking to acquire work by a designer for investment purposes should not wait until he or she is in the spotlight—not if they want to avoid paying a premium. “If a designer is the subject of a museum retrospective or a new catalogue raisonné, this increased attention to their life and work will often lead to stronger auction results,” says Roddy.

Hage agrees, adding that if you are reading about a designer, the price for his or her work has already risen. “When people have the name on their minds,” he says, “sellers can take advantage of this by putting items at auction, judging it as the right time to sell.”

As part of its annual Collectible Design Report, DeTnk lists the year’s top designers based on the value and volume of auction sales of items they created. The rankings also consider the percentage of a designer’s auction items that were purchased. Here are the top 10 names from 2016.