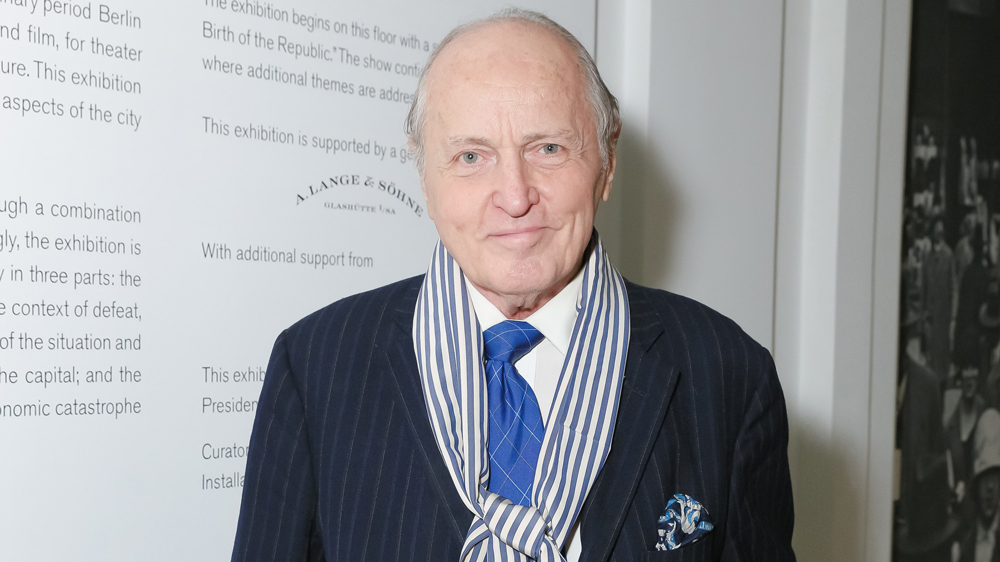 Say what you will about pattern; for one man it made him a legend. Award-winning interior designer Mario Buatta didn’t hold back with the look, lavishing layers of color and motif in the homes of aristocrats, well-heeled families, and generations of word-of-mouth clients whose houses embodied the kind of formality that doesn’t make magazine covers anymore.

Proclaimed the Prince of Chintz—a name that became both his calling card and an elegant branding—Buatta reigned over New York’s design scene for more than 50 years. He passed away on Monday at age 82—just shy of his 83rd birthday—leaving the design world wanting more.

His influence was immense. What is usually hailed as a “fearlessness” in contemporary design terms can be traced back to Buatta, who made the English-country look—with floral patterns and repeats—fashionable in the decorating world. Martyn Lawrence Bullard, a sought-after Los Angeles–based designer and powerhouse who is known for blending color and global inspirations, reflects on his contribution as a creative. “Mario was a one-off, a master decorator, a juggler of elegance and comfort with old-school flair—made irresistible by his ability to mix and match color and pattern.”

He was also memorable. (Having interviewed him in person before, I can say that his wit and charm were inextricably linked—you met a dapper gentleman who happened to be a major designer with a great sense of humor.) Bullard agrees. “He was at heart a beautiful soul whose love for playful mischief endeared him to his clients, friends, and strangers who at once were drawn to his infectious personality. A true decorating master has passed, but his legacy will remain influential to the design world for generations to come.”

Featured on countless covers and honored as a prestigious member of Architectural Digest’s AD 100, he was also an intrepid businessman: Multiple licensing deals, from fabric to wall coverings, tabletop to room fragrance, cemented his name. What continues to strike most industry insiders (and professionals everywhere) was Buatta’s status as a one-man band. He operated out of his New York office mostly alone, possibly with the echoes of a few frazzled former assistants.

For a look at Buatta’s work, Rizzoli’s 2013 tome, Mario Buatta: Fifty Years of American Interior Decoration is the ideal place. The monograph captures his patterned glory and fascinating career—one that never included Instagram but will become immortalized there and in design school curriculums for evermore.