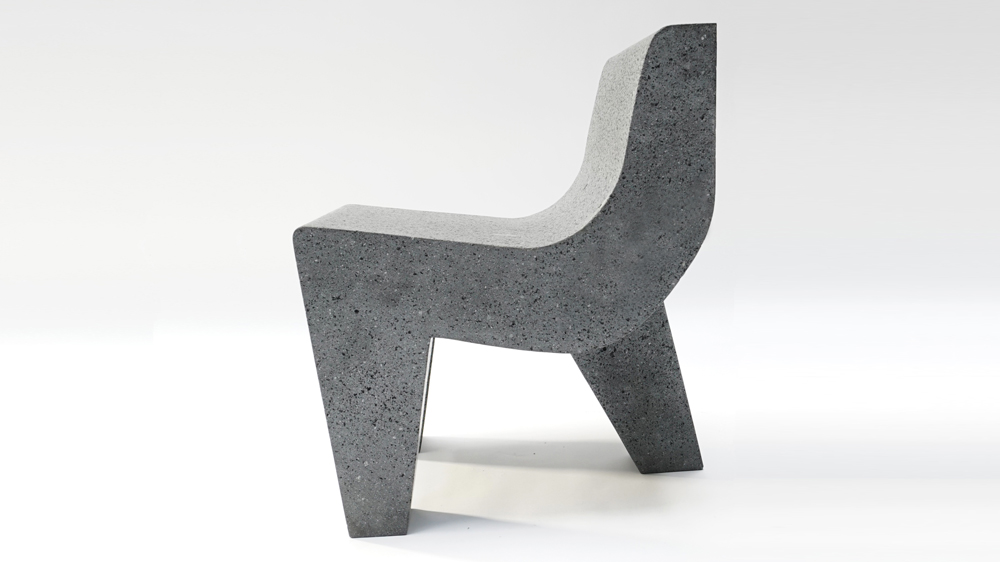 For the 14th edition of Design Miami, which takes place in the Sunshine State this week, fair organizers are bestowing this year’s Visionary Award on Mexico’s aesthete power couple—sculptor Pedro Reyes and fashion designer Carla Fernández—in recognition of their collective output. “Pedro and Carla’s work has always brilliantly synthesized a spectrum of influences into a remarkable body of work,” says Design Miami’s chief creative officer Rodman Primack. Robb Report recently caught up with the honorees—who are based in Mexico City, a culinary and cultural capital on the rise—to talk design, craftsmanship, politics, and the importance of simplicity.

Known for works that offer a blend of brutalism and indigenous crafts—exemplified by Reyes’s iconic Metate chair—the duo says there is a beauty in the elemental nature of their art. “Our goal,” says Fernández, “has been to produce minimalist works that feel very much in the present, as well as in the future, using techniques that have been around for millennia.”

Working from their home studio in Mexico City’s Coyoacán district (just a stone’s throw from Frida Kahlo’s famed Casa Azul), Reyes and Fernández are quick to highlight their reliance on Mexican artisans who have mastered age-old arts, the origins of which lie in the country’s pre-Columbian past. “When you come to our house and see Pedro’s sculptures, or if you wear my clothing, there is an obvious deep-time cultural continuum,” says Fernández. “In conceptualizing our work, we like to think of ourselves as futuristic cavemen.”

“We are committed to championing that which is handmade and the importance of preserving crafts of the past, particularly in an age so dominated by technology,” says Reyes. “Living in a country like Mexico, it is easy to see that there is another path forward to the future, one that places value on the antithesis to technology—simplicity.”

Referencing Maya artisans she works with in the Chiapas Highlands, Fernández notes that simple things can become potent vehicles for transformation. “The artisans with whom I collaborate will go for a walk in the mountains and come back with eight sticks, and those eight sticks will become a loom upon which they weave the most magnificent of textiles in a beautiful and sustainable way.”

Her commentary on sustainability naturally leads to politics, which both she and Reyes liberally entertain in their respective work. “I believe in making fashion in a way that is best for the planet and best for most of its people—not just for a privileged few,” she says. “Pedro and I live in a country where 68 different languages are spoken, and we have to understand that the Earth belongs to all of us. Before America was America, there were so many people already living here and so diverse. When you think about it, the notion that America is for the Americans or Mexico is for the Mexicans is really quite ridiculous.” Once in Fernández’s hands, the hand-loomed textiles she has commissioned take on an edgy, almost architectural form with lean lines and clean silhouettes; their underlying cut and patterning is clearly pre-Columbian in origin.

At Design Miami, the duo will show a suite of works, including some of Reyes’s most recent compositions—among them stone tables and chairs and a collection of musical instruments made largely of guns, the latter a commentary on the escalation of violence associated with the importation of American firearms. They are also presenting a collection of dresses, ponchos, and bags bearing maps of America before it was America, proceeds from the sale of which have been earmarked to reunite children and parents separated along the U.S.-Mexico border.