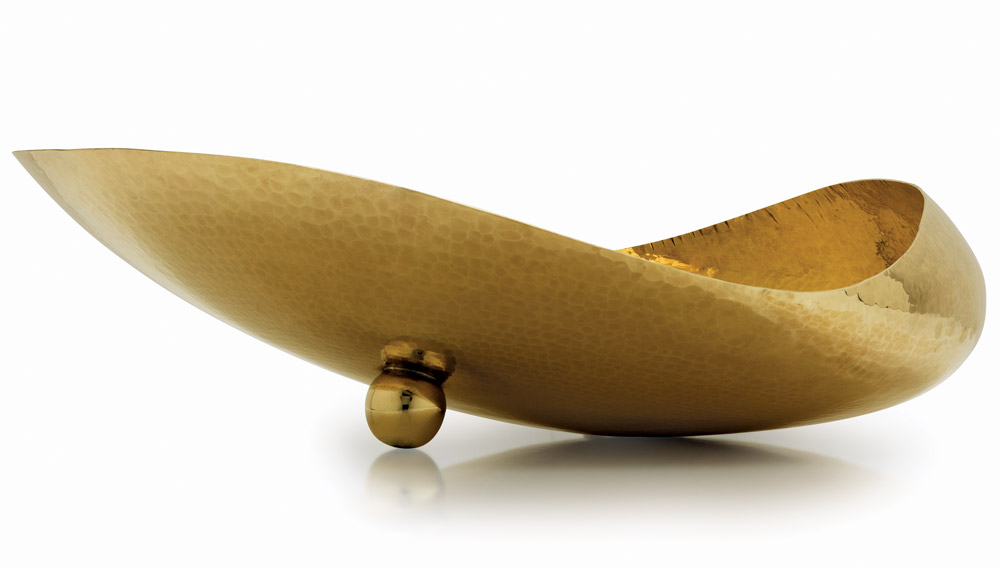 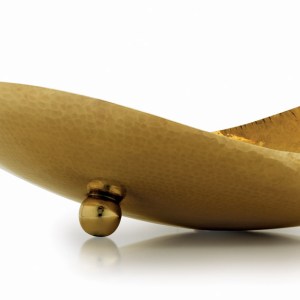 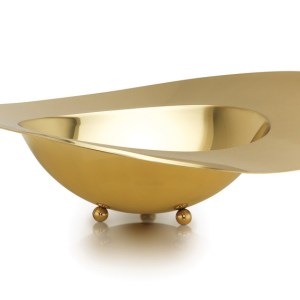 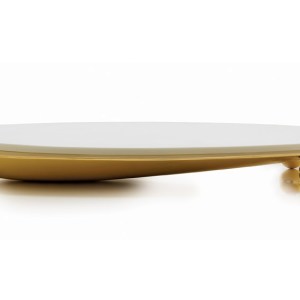 In 2011, when the Tel Aviv–based architect Alex Meitlis was designing the interiors of London’s esteemed Nopi restaurant—a two-level, bright-white brasserie now known as much for its stunning decor as for its inventive Middle Eastern and Asian cuisine—he incorporated lamps, vases, and other elements in brass. “As I was working with brass at Nopi, I was really drawn to the reflections in the shiny metal,” he says. He then spent the next two years developing a series of brass tabletop items (priced from about $1,030 to $5,742) that debuted in September during the London Design Festival. “I created a collection of housewares to not only hold food but intensify the way it’s presented,” he says.

Among the 14 pieces in Meitlis’s inaugural line, which is produced by the Israeli company Hazorfim (contact Alex Meitlis by Hazorfim, +44.203.514.0710, www.meitlisbyhazorfim.com), are food trays and bowls, as well as vases, candleholders, and other tableware, in geometric shapes with the warm, reflective glow of brass. (The collection is also available in matte brass, silver plate, and gold plate.) “I wanted to pare down the function of each piece to its most simplified form,” says Meitlis, who will add nearly 100 items to the line this spring. “Each piece takes hours for craftsmen in Padova, Italy, to make by hand, but the end result looks effortless.”

Virgil Abloh’s Home Collection With Vitra Gets a US Edition 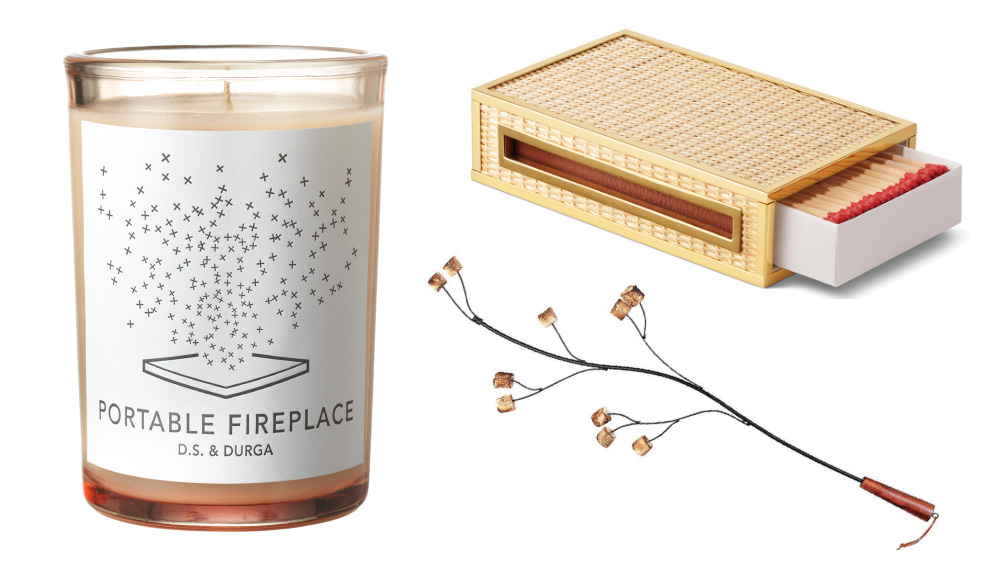 Design 10 Luxe Flatware Sets That Will Elevate Every Dinner
ad