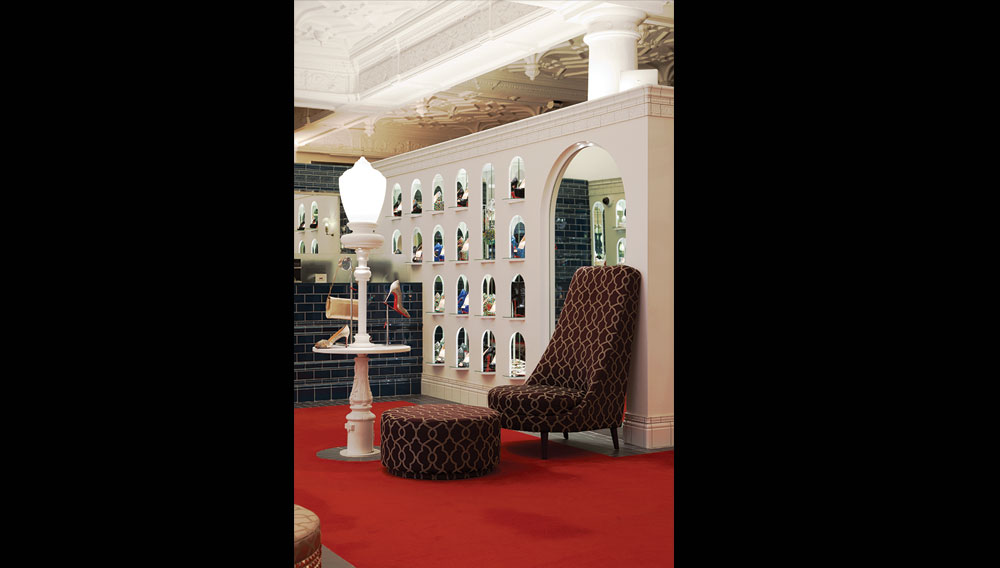 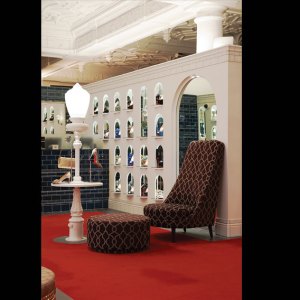 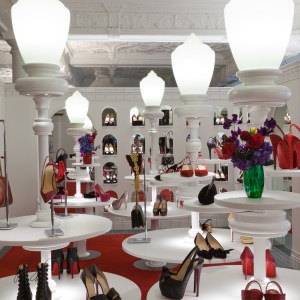 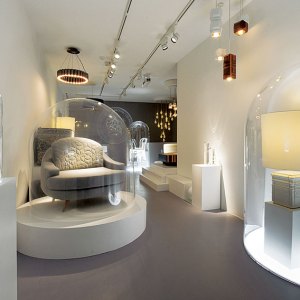 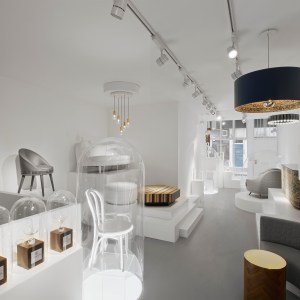 The London-based designer Lee Broom has been in high demand in his hometown. Last May, he debuted a 1,400-square-foot Christian Louboutin boutique within Harrods (above), complete with white streetlamps, fanned archways that reference the Royal Opera House in Covent Garden, and an interpretation of the tiled walls found in the city’s Underground stations. At the other end of the spectrum, Broom opened Mark’s Bar in December within the men’s shoe galleries at Selfridges.

At 215 square feet, the space may well be the smallest bar in London, consisting of a mobile sideboard, a hostess trolley, and a tall-boy drawer set—all made from walnut wood with brass accents—that is relocated around the store as needed. The most notable space for the designer, however, is his Electra House showroom (below), which debuted in September with such artful details as chairs set under custom 6-foot-tall bell jars. +44.20.7820.0742, www.leebroom.com