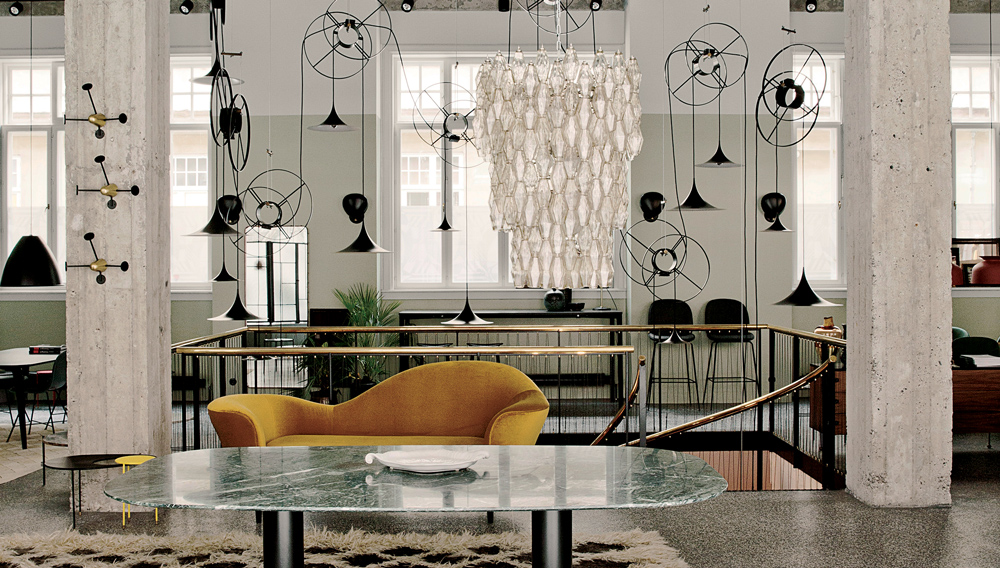 The recently opened Gubi flagship is a uniquely material world.

Gubi, the Danish design house, searched for two years for the site of its inaugural retail store. Chief creative officer Jacob Gubi had a wish list familiar to every design-minded professional: a building with strong character, a sense of history, and space to explore new ideas. A 19th-century structure fit the bill, so together with designer Caroline Ost, Gubi and company reimagined the two-level space, reviving the original terrazzo floor and retaining the concrete construction, which was the first of its kind in Copenhagen.

The interiors blend new Gubi furnishings with classics and curated pieces in vignettes styled with a light touch. The house’s reeditions of works by Greta M. Grossman, Jacques Adnet, and other 20th-century luminaries round out this environment for the collector and the curious alike.