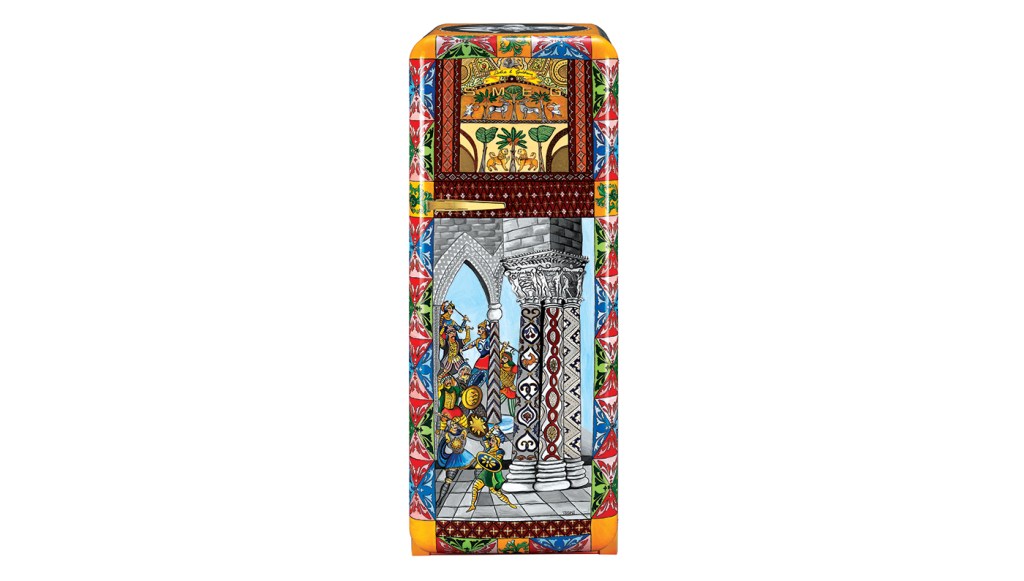 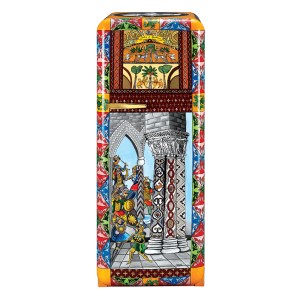 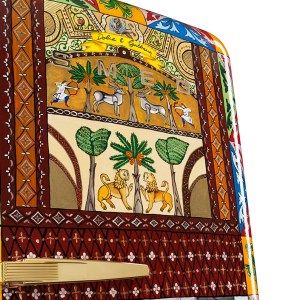 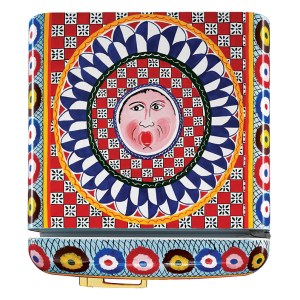 The refrigerator becomes a canvas for Dolce & Gabbana and Smeg.

A famed fashion house and a cult-favorite home-appliance manufacturer have transformed the archetypal single-door 1950s-style fridge into a nod to Italian craftsmanship and Sicilian aesthetics. Each of the one-of-a-kind designs in the new limited-edition Frigorifero d’Arte collection by the Italian brands Dolce & Gabbana (dolcegabbana.com) and Smeg (smeg.com) underwent many hours of meticulous hand-painting by Sicilian artists in the style of carretti siciliani, or Sicilian carts. Historically, depictions on the sides of the two-wheeled horse- or donkey-drawn carts told tales of epic poems through elaborate painted scenes, and Frigorifero d’Arte is no different. Adopting the major themes and iconography of the carts, as well as those of Sicilian marionette theater, the refrigerators—Smeg’s FAB28 model—feature such pictographs as medieval knights and battle scenes. Cultural touchstones, including the Trinacria symbol and the Amalfi Coast’s plentiful lemons, also appear in the series, which is limited to just 100 examples (prices upon request, dgsmeg@smeg.it). Though their lavish styling is nothing new for Dolce & Gabbana, it is a departure for Smeg, a company known for its vintage-inspired, minimalist creations. Together, the rich artwork and sleek silhouette yield what is arguably the coolest kitchen appliance around.