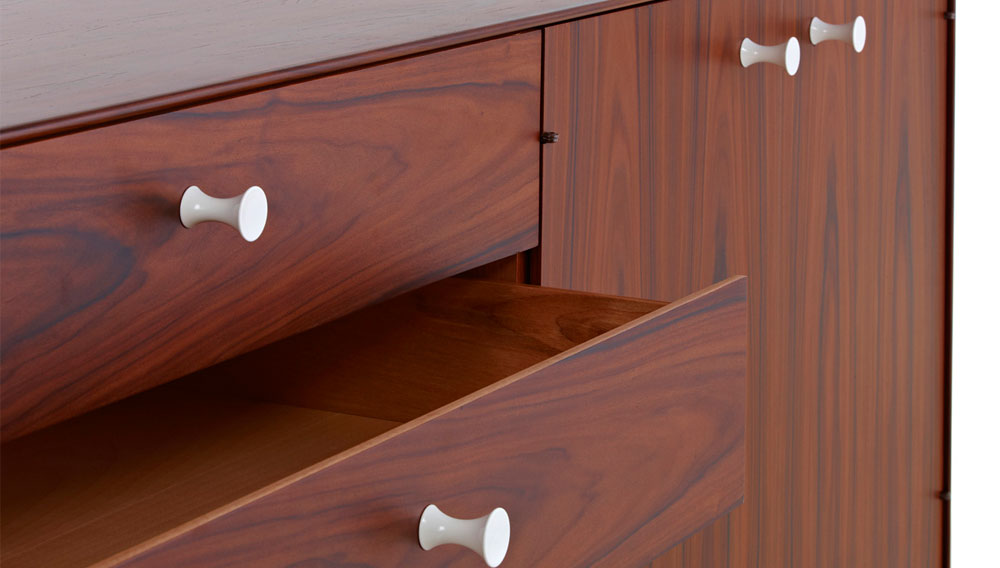 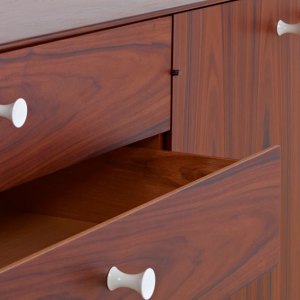 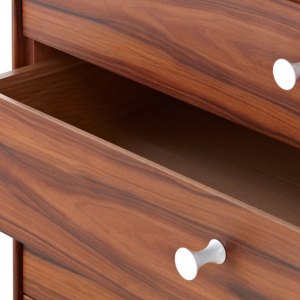 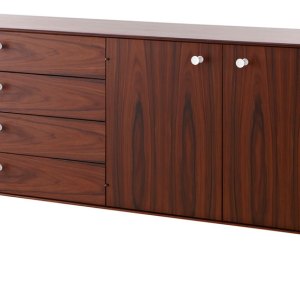 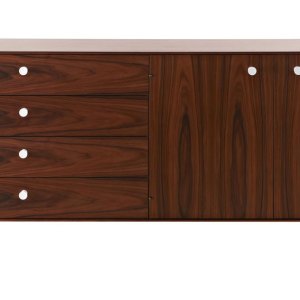 Herman Miller has just reintroduced one of its most elegant pieces of furniture: the Thin Edge Buffet, designed by George Nelson in 1952 as part of his Rosewood cabinet series, which ceased production a decade later. The new version, however, has a 21st-century eco-conscious twist. Originally produced in rosewood veneer with ivory pulls, it is now offered in santos palisander (among other veneers), with pulls reinterpreted in white or silver aluminum alloy. More environmentally responsible than rosewood, this beautifully figured wood is a dead ringer for the original material, though no less expensive. Prices start at $7,680 for ash and mahogany veneers, and the santos palisander version is $16,671. (616.654.3000, www.hermanmiller.com)