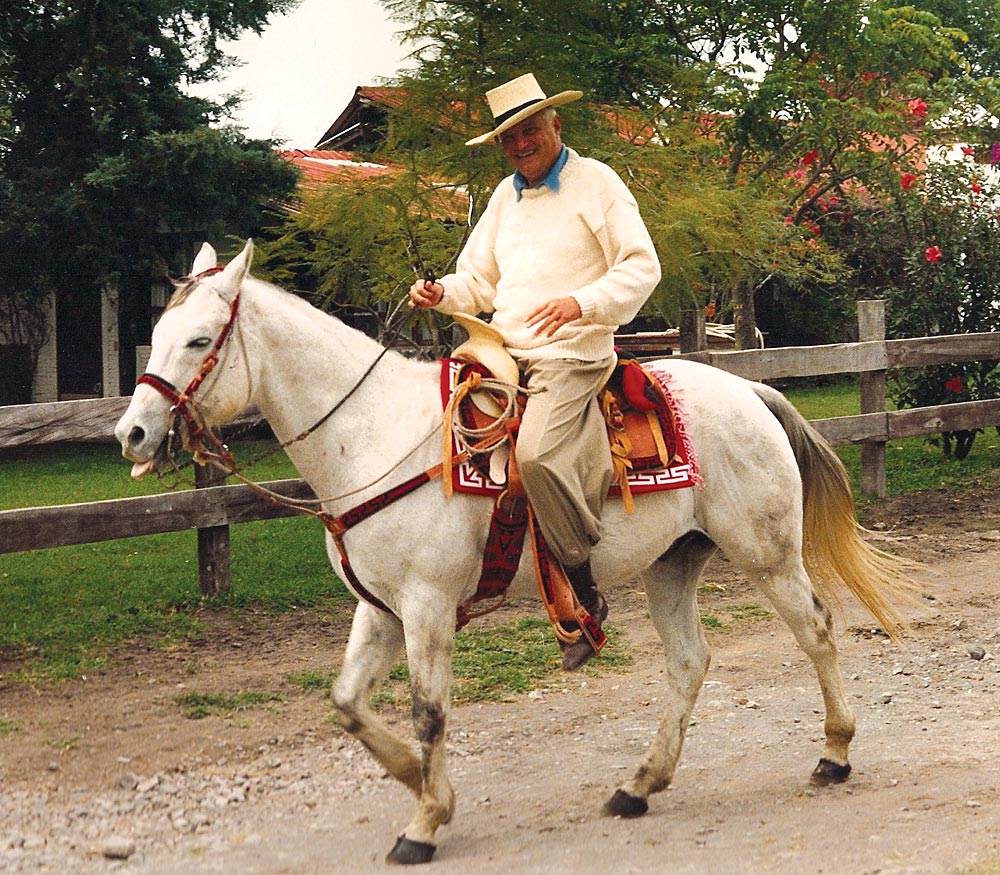 John Keats observed in men of high achievement an aptitude for “being in uncertainties, Mysteries, doubts, without any irritable reaching after fact and reason.” This comfortable acceptance of contradictions, which Keats called negative capability, perfectly encapsulates the personae of the late British-French multibillionaire Sir James Goldsmith, whose Mexican estates appear in this month’s special travel issue (see “Surf and Turf,” page 116). A complicated self-creation, Goldsmith (pictured) confounded both critics and comrades with a seemingly contradictory life that, in his later years, mingled voracious material ambitions, lofty spiritual aspirations, political pretensions, and convoluted marital arrangements—all against the backdrop of Cuixmala, his south-of–Puerto Vallarta compound whose name means “soul’s resting place.”

Now a private resort run by his family, Goldsmith’s demesne is populated with zebras, elands, and crocodiles, and contains an immense Mediterranean-style palace, Casa La Loma, which dominates the bluffs above the sea. Completed in 1989, the outlandish concrete structure—topped with an illuminated cupola resembling that of a Moroccan mosque—was intended to impress upon visitors (the Reagans and Richard Nixon among them) the wealth and power of its owner. During the course of his career, Goldsmith built a fortune in the pharmaceutical and food industries (a London tabloid referred to him regularly as “Sir Jams”) and then multiplied that sum many times over through leveraged buyouts and attempted takeovers of such companies as Crown Zellerbach, St. Regis Corp., and Goodyear Tire. These controversial coups placed him in the much-publicized pantheon of 1980s corporate rogues that included the likes of Ivan Boesky and Michael Milken. Goldsmith’s brother, Edward, revealed in a 1997 interview in Vanity Fair, “He wanted to live not just a comfortable existence but to build up a business empire.”

Yet Casa La Loma was not merely an expression of Goldsmith’s overactive greed gland; by the time he undertook the project, he could afford higher-minded principles than those that governed high finance. Working with architect Robert Couturier, Goldsmith conceived the house as a kind of spiritual sanctuary: Its circular shapes, white walls, white enameled floors, and octagonal courtyard, according to Couturier, were intended to set a transcendent tone. Here in this shrinelike fortress, ideas, rather than dollars or pounds, became Goldsmith’s chief currency. His empire secure, the man who angered environmentalists by selling—at a hefty profit—vast tracts of wilderness in New York’s Adirondacks to developers transformed himself from greenmailer to green promoter, establishing the Chamela-Cuixmala Biosphere Reserve and the Goldsmith Charitable Foundation, which funds conservation efforts.

While ensconced in his Mexican retreat, Goldsmith also framed the political philosophy that would inform such books as The Trap, in which the former asset-stripper—having acquired companies, broken them up, sold their assets, and laid off workers—argued strenuously against global free trade, which he believed would result in massive job losses and undermine the sovereignty of nations. He did not, however, content himself with pamphleteering: In 1994 he ran for and gained a seat in the European Parliament, where he fought against the concept of the European Union; and in the mid-1990s, he formed the Referendum Party in Great Britain, whose primary goal, as the name suggests, was placing the matter of membership in the European Union before the British people. According to some reports, he even planned to broadcast his views directly to the populace during the election via pirate radio from an offshore ship.

One imagines only with difficulty how one house, much less one head, could contain so many identities; yet Goldsmith may have acquired his facility for juggling financial equations and conflicting moral viewpoints from his many years of juggling multiple families. The villas surrounding Casa La Loma were not merely for guests. In addition to marrying three women, with whom he had six children, Goldsmith maintained a long-term liaison with a French magazine editor, who bore him two more. Remarkably, he sustained the many factions of this tribe in an apparent state of civil equilibrium (his mistress and ex-wife even inhabited different parts of a Parisian hôtel particulier), migrating between households as smoothly as he did from paradox to paradox—until his death in 1997 at age 64. Whatever his negatives may have been, in this, at least, he proved supremely capable.