×
By Nancy A. Ruhling

Nancy A. Ruhling's Most Recent Stories 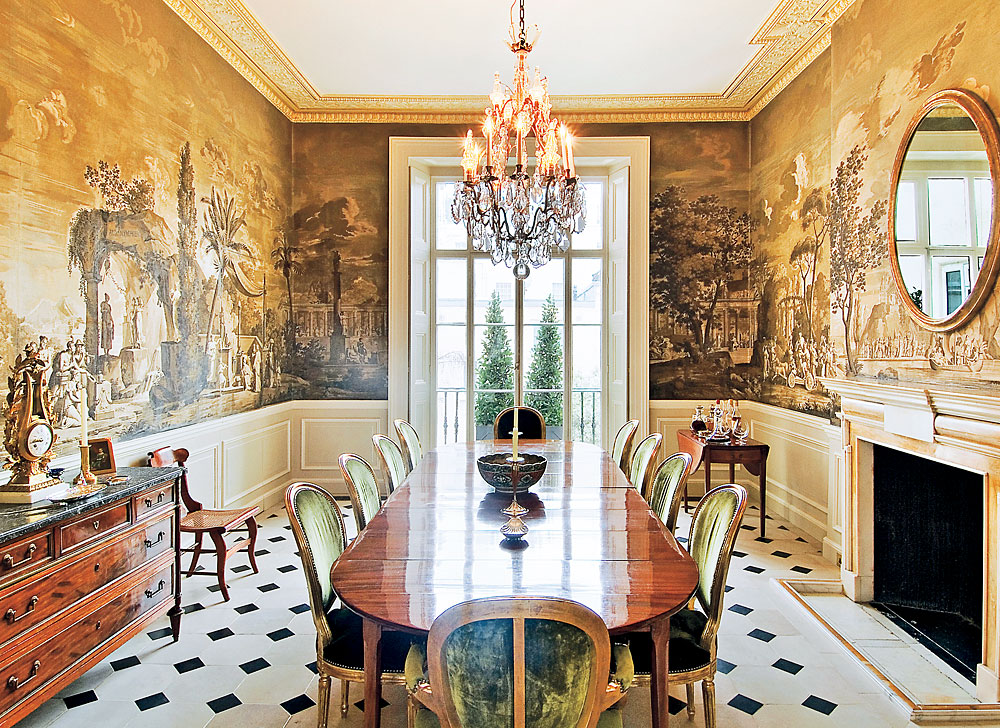 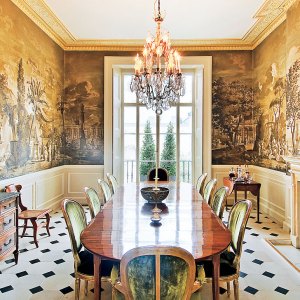 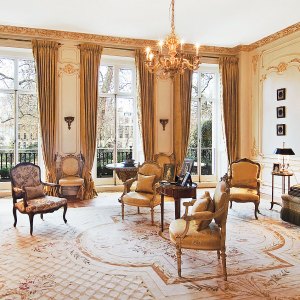 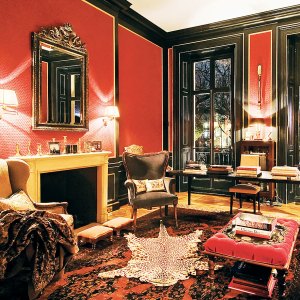 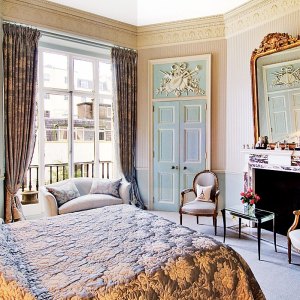 A couple’s search for a home that would recall the era of Louis XIV, France’s Sun King, ultimately led them from Paris to London, to a historic, white-stucco building in Eaton Square. Inside the terraced edifice, they found a 2,200-square-foot, three-bedroom flat that opens onto a garden shared by the buildings’ residents.

The first preference of Virginia Lofts, a designer of bespoke jewelry, and her husband, David, an investment banker, was to reside in Paris. “Walking along the Seine at twilight and savoring a cup of chocolat chaud at Ladurée with friends—these are some of my favorite things,” said Virginia. Thus, for a decade the couple watched the city’s real estate market, looking for an 18th-century townhouse that would suit them and their collection of 18th- and 19th-century French antiques.

The city has no shortage of properties from that period, but most have been converted into government offices or divided into smaller residential apartments. Finally, two and a half years ago, the couple expanded their search to London, and soon thereafter they discovered the Eaton Square apartment.

Earlier this year, the Loftses began searching for a new home, after they placed their flat on the market. It sold in June, through London real estate agent Ayrton Wylie, for $15.5 million. “The thought of selling leaves me melancholy,” Virginia said prior to the sale. “But as with a love affair that has run its course, I shall leave a bit of myself behind and go forth a bit wiser, cherishing the memories.”

Virginia certainly left her mark behind: Her influence is apparent throughout the home. “My vision was to unify the flat’s internal period architecture and create an authentic showcase for our collection,” she said. “I spent half a year, full time, scouring all the corners of France and England for bespoke suppliers and for the finest craftsmen who could replicate what wasn’t available.”

The couple commissioned architectural consultant and antiques dealer André de Cacqueray to design spaces that referenced the Sun King’s Palace of Versailles. For the drawing room, a team of carvers spent 11 months crafting the Louis XV–style paneling, while other artisans used wood pegs, instead of nails, to install the reclaimed 18th-century parquet flooring. The overmantel mirrors, which are set into the wall paneling, were distressed so that they would have the appearance of period-appropriate mercury glass. The room’s Parisian-made bronze antiqued radiator grates are intricate works of art. “It took nine months to produce the grates, and we paid a king’s ransom for them,” said Virginia, adding that she could not find any existing grates worthy of incorporating into the flat. “Everyone thought I was crazy, that it was an over-improvement, but when they finally arrived I was vindicated, as my workers admitted that [they were] worth the wait.”

The apartment, which took 15 months to complete, provided a suitable setting for the Loftses’ collection of antiques. The drawing room contained a pair of late-18th-century French bergères that were acquired from interior designer Lady Henrietta Spencer-Churchill. They are upholstered in cream and floral silk brocade. The dining room featured a gilt-bronze clock—by Jean André Lepaute, clockmaker to Louis XV and Louis XVI—that rested atop a Louis XVI commode. A Gobelins tapestry (circa 1668) woven in silver and gold-gilt thread hung in the entrance hall, where, on the walls, craftsmen employed a polished plaster technique called marmorino, a treatment found in 17th-century châteaus.

“My French heritage always has inspired me,” said Virginia, who was born in the United States but whose lineage traces to the first Duke of Normandy, who lived in the 10th century. “Even before we did this project, French craftsmanship has always beckoned me in all aspects of design, whether it be in the form of jewelry, furniture, or clothing.”

The couple’s antiques collection includes pieces that have been passed down through her family. Among these is a yellow birch desk that belonged to her great-grandfather Judge William Bradford Boardman, whose namesake ancestor was an early governor of the Plymouth colony. The wrought iron furniture that was on the apartment’s terrace came from her grandmother.

“Virginia is a beautiful young client who wanted to make her dreams come to life,” said de Cacqueray, whose firm, ADEC Design, has offices in London and the Côte d’Azur. “And I did enjoy her strong feelings about the 18th century. The most challenging part of the project was the dressing room—I had to incorporate glorious haute couture and 126 pairs of shoes!”

The Loftses would begin their day in the sun-drenched dining room, surrounded by the pastoral scenery of an 18th-century Italian linen mural that was imported from France in the 1950s and installed by designer Stéphane Boudin of the House of Jansen. After David left for the office, Virginia retired to the library, where she worked on her jewelry-design renderings.

“When we are in residence, we never feel as if we are in London,” Virginia said prior to selling the home. “The ever-changing light that passes through the grand French rooms is simply captivating and reminiscent of the Paris skyline, particularly at dusk, when the sunset filters into the library and drawing rooms above the treetops.” And, Virginia pointed out, when they wanted a literal taste of Paris in their London home, they could have that, too: Just a short walk from the apartment is a branch of the Parisian bakery Poilâne.