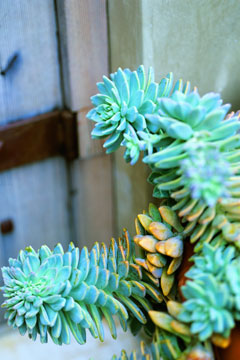 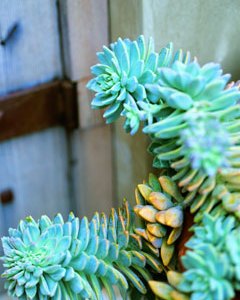 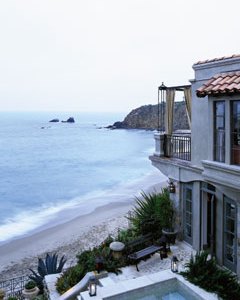 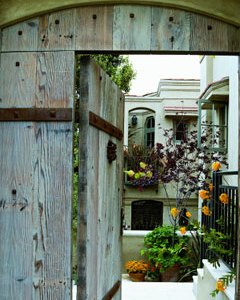 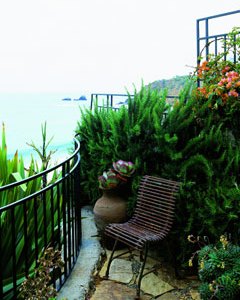 Sparkling turquoise water, steep cliffs, rosemary swaying in the breeze. If this sounds like a scene from Italy’s Amalfi Coast, it is, just bottled and exported directly to Southern California.

Rick Silver had spent nine magical summers vacationing in Positano and on the isle of Capri. When he found the oceanfront property overlooking Crescent Bay in Laguna Beach, he knew instantly that this was the spot where he would construct his Italianate dream house and plant a southern Italian–style garden.

Silver, who describes himself as “a real estate developer, like everyone else in Orange County,” had stumbled onto a gem in a state of collapse. The property had been one of the first inns in Laguna Beach in the 1920s, back when movie stars such as Mary Pickford, Errol Flynn, and Harold Lloyd would motor down for the weekend or stay while filming in the vicinity. The owners had hand-laid outdoor walls with rocks collected from up and down the California coast and had built a tiny stone folly down by the sand, and their showy succulents were a permanent draw on the city’s garden tours. But decades of neglect had taken their toll.

When Silver and the husband-and-wife architectural team of Brian Tichenor and Raun Thorp first walked the decaying site in 1997, the garden was shrouded in vines, the retaining walls were crumbling, and the stone folly was roofless. The main house was “hideous and vile,” says Tichenor, “with a nasty rat’s warren of rooms.” But the views were superb. And the property had, as they say, good bones.

Tichenor, who also handles Tichenor & Thorp’s landscape design, had collaborated with Silver on three gardens previously, but this was the first opportunity for them to work on a house and garden at the same time. He started by stripping the garden down to the old retaining walls and preserving the older, more interesting succulents that had miraculously survived the elements and the tenants.

Gardening by the sea has its own set of rules. Tichenor grew up north of Santa Barbara and has been planting at the beach since he was a child. After graduate school he worked with the late architect Charles Moore, who was an obsessive gardener, and then he began a joint venture with landscape architect Nancy Goslee Power. He has worked on some 400 gardens from San Clemente to Santa Barbara, and he believes absolutely in the powerful dialogue between landscape and architecture.

Tichenor has learned that on the coast, climate zones can vary every five feet. He has also learned that hardy succulents work best near ocean spray. For Silver’s garden, Tichenor carved out three distinct zones. He placed his reliable old standbys—Agave americana (“it looks like it’s made out of steel—it’s tough as nails”) and Ceanothus (California lilac)—down by the sand. He put in a slew of flowering plants—bougainvillea, arctotis, aloes, sedum, rosemary—in the middle zone. At the top, he brought in palm trees and New Zealand Sophora trees to block out neighboring houses and provide some shade. Colors were kept to a strong constrained palette of cadmium orange to play against the turquoise water.

Winding paths meander up the 70-foot-high cliff, snaking past various niches that give Silver different seating options, depending on his mood and the time of the day. “Because it is a public beach, we provided varying levels of closure and openness. You can be very private or very exposed,” says Tichenor. “If I’m by myself, I head to the lower sun terrace, which is protected from the wind,” Silver says. “If I’m entertaining guests, we end up around the stone table and fireplace outside the living room.” Scattered throughout are Italian mosaics, fountains, urns, and sculptures.

The street entrance is purposely quiet and protected by high walls and a wood gate. “You know you are at the beach. You can hear the ocean, but you can’t see it immediately,” says Tichenor. “As you enter the front gates and walk through the inner courtyard, you get to the iron and glass front door, and that’s when the impact of the view hits.”

Silver sees his garden as a great gift. “My rosemary is the happiest rosemary you’ve ever seen,” he says. The garden provides him with the space to relax and entertain. “My other gardens were very high-maintenance,” he says. “This is an easy garden to take care of, but it’s still very dramatic. Here I have the time to sit and read a book.” And, best of all, Silver can stare out at the ocean and imagine himself back on Capri. “I feel like I’m on a constant vacation.”