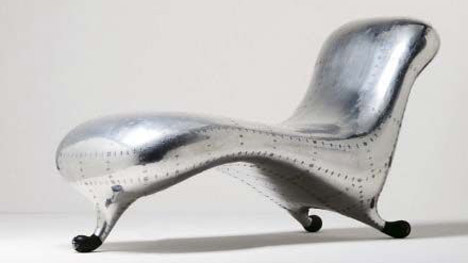 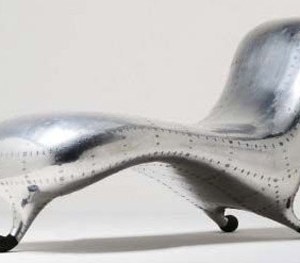 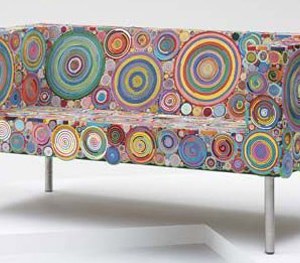 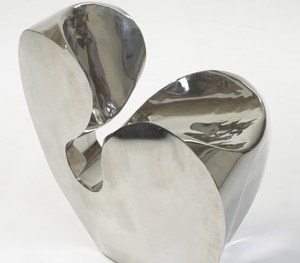 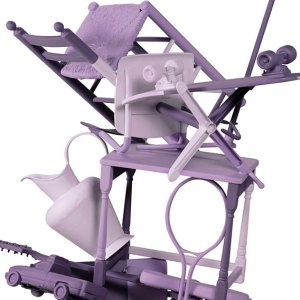 Today’s furniture designers are more aware of their legacy than their antecedents were. Isamu Noguchi, known for his iconic kidney-shaped coffee table, and Eero Saarinen, who is identified by his womb chair, for instance, weren’t thinking of creating masterpieces for a future auction market when they forged their lasting designs. Their descendants, however, strive for designs that transcend the “furniture” label and become prized works of art.

“It’s a postmodernist concept,” says Richard Wright, founder and director of Wright auction house in Chicago. “The importance of a contemporary chair has risen way above what Charles Eames [designer of the now-classic molded plywood and plastic chairs of the 1940s] would have ever imagined.”

We asked a quartet of auction house directors to contemplate which living designers’ works will have longevity. None advocate buying for investment, especially given the vicissitudes of today’s art market. Explains Joshua Holdeman, Christie’s senior vice president international director of 20th century art, “There was a frenzy and energy around certain designers from 2005 to 2008. But it was a market that exploded and wasn’t too deep.” The sheer youth of this market meant it was the first to suffer in the downturn.

It’s important, says Wright, to determine which area of design we’re talking about: production-based designers or those whose work he refers to as “design art.” The latter group, our focus here, tends to approach furniture conceptually, imbuing it with political and social commentary, which lends it more cultural heft than purely utilitarian work. (Christie’s contextualizes it differently, seeing it, says Holdeman, “as a subcategory within the larger scheme of postwar and contemporary art.”) In this group, Wright believes, “Marc Newson and Ron Arad are the undisputed heavyweights.”

Five Designers to Buy or Hold on To

Marc Newson. For this multidisciplinary Australian designer (he has also designed cars, architecture, and objects), numbers don’t lie. Alex Heminway, director of design at Phillips de Pury in London, observes that in April of this year, “We set the record for a living designer, as well as for the work of Marc Newson.” His iconic biomorphic-shaped Lockheed Lounge made of riveted aluminum sheets, 1 of only 14 available, sold for £1,150, 250 (almost $2 million) at Phillips de Pury’s design auction. “That demonstrates that very rare, very exceptional works continue to do well in spite of the economy.” Adds Christie’s Holdeman, “His work is produced at a level of quality that is unbelievable.”

Ron Arad. James Zemaitis, senior VP and director of 20th-century design at Sotheby’s, hails this designer’s older “raw sculptural works that are not so plastic or quick to come off the assembly line.” He points to Arad’s exhibitions at the Pompidou Centre in Paris and the Museum of Modern Art in New York as evidence of the status he has achieved. “I’ve sold about 10 works of Arad in the $100,000 range,” he notes, adding that most still fall below the half-million mark.

“His work is very space-age, ultra sleek, highly innovative, and conceptual,” says Holdeman. “It’s as if it comes from a different millennium, one ahead of us.” At Christie’s contemporary art sale in September 2008, Arad commanded the highest price of the evening: $206,500 for the “D” mirror-polished stainless steel sofa.

Fernando and Umberto Campana. These brothers, whose furniture draws inspiration from Brazilian street life and carnival culture, and who often recycle materials like rubber hose, tissue, and stuffed toys, are younger, but highly desirable. Zemaitis cites their early work, saying it “has had 20 years to be canonized and to enter museum collections.” After the Campana’s 1999 retrospective in Bahia, Brazil’s Museum of Modern Art, he recalls, the Campanas’ stuffed-animal chairs were bringing $60,000 at auction. “It was so out of whack,” Zemaitis says.

Heminway concedes that Phillips is partially responsible for promoting that particular aspect of the Campanas’ work, for which the market has lately softened. But a current Campana show at the Vitra Design Museum in Germany “shows their career in full swing and reveals that they’ve been doing a wide range of things in many materials that are one-offs. They’re very socially minded and incredibly timely.” Their wider range of designs is now gaining currency in the collecting world. Phillips sold one of their “Sushi” sofas (an elaborate construction of multicolored rubber coils on a wood frame) in 2007 for $253,000, and another went for almost $210,000 at Sotheby’s in October 2008.

Studio Job. The Netherlands is an important breeding ground for an exciting younger generation of designers. At the top of the heap that includes Marcel Wanders, Jeroen Verhoeven, Hella Jongerius, and Joris Laarman, Studio Job dominates the auction circuit. They view themselves in the same vein as Jeff Koons, according to Wright of Job Smeets and Nynke Tynagel, the couple behind Studio Job. “They have the same embrace of banality, the flawless execution, the presentation of the work as important from the get-go.”

“They’re incredibly sexy because of the politics, the craftsmanship, their whole vibe,” agrees Zemaitis. “They exude that Antwerp cool at Art Basel.” Yet, despite their image-conscious personas, there is real artistry and impeccable craftsmanship in their pieces, which are wildly expensive to produce. They’re known for their use of extravagant materials such as patinated and gilded bronze and creating pieces with intricate inlay works, which are exhibited in the Perished and Bavaria collections. The first work of Studio Job to come to auction was a screen from their Perished Collection (a limited edition of six macassar ebony pieces with laser-cut bird’s-eye maple inlays depicting skeletons of various extinct species), which brought $59,375 in June 2008 at Sotheby’s. Another from the series sold in April 2009 at Christie’s for just more than $97,000.

Maarten Baas. This Dutch designer, explains Wright, “is extremely young, but he continues to live up to the hype.” Discovered in design school by the dealer Murray Moss, who has deftly molded his career, Baas’ prices have yet to become stratospheric, and his often poetic work is just starting to trickle into the auction world. Zemaitis points out that it hasn’t brought in $50,000 to $100,000 yet.

Heminway lauds Baas for being “very energetic, with lots of new ideas,” though he also thinks some of it—like Baas’ burned series of chairs—“is a little too easy.” Easy or not, a table in this series brought $29,000 at Phillips in 2006 (more than the high estimate) and a painted mixed-media bookshelf sold for $20,000 at Christie’s last year.

All the curators agree that unique pieces or closed, very limited-editions tend to be the best investment. In general, older work that’s been “institutionalized,” to use Zemaitis’ word, is likely a surer bet.

“Condition is super important,” adds Holdeman. “A lot of these works are so pristine that you get one scratch and they’re ruined. Examine every inch.” Lastly, he says, be cautious. “This category is still trying to mature itself. Everyone’s trying to make real sense of how much these objects are worth. It’s easy to get excited and carried away, so do your homework.” Look at auction records, learn when and where exhibits have been held, and which dealers carry which artists. “Arm yourself with information,” he concludes.