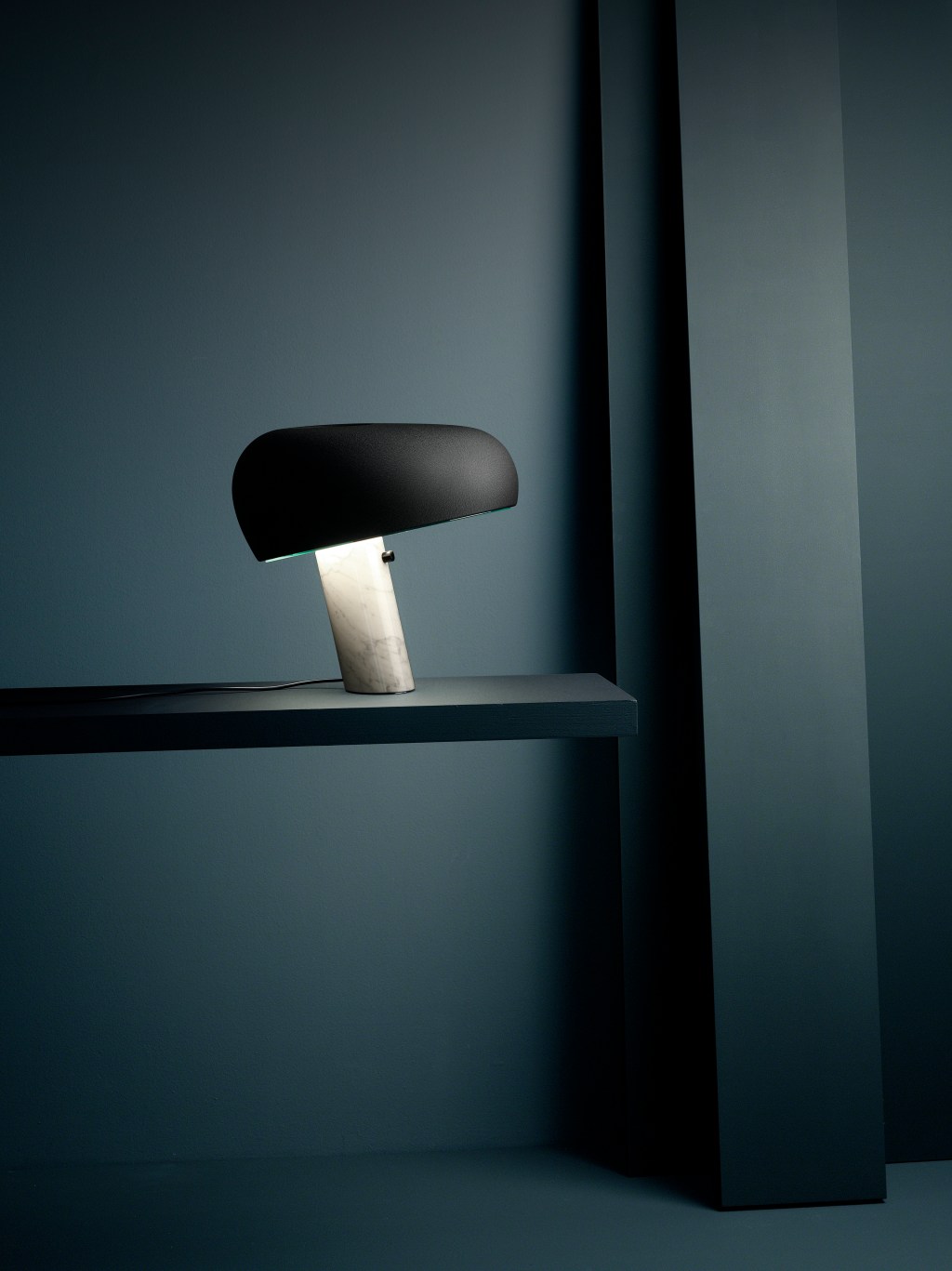 While there are many serious (and joyless) exceptions, design is mostly a happy art form. Favored brands like Alessi, Roche Bobois, and Kartell know how to infuse whimsy, color, and wit into their pieces, reminding us that the home doesn’t have to be a sober, punishingly beige place to live and seek penance. “I see around me a professional disease of taking everything too seriously,” said Achille Castiglioni, the beloved 20th century design titan, whose sophisticated work is nothing short of a design upper.

Fittingly, Castiglioni (in collaboration with his brother, Pier Giacomo) created the now-iconic Snoopy table lamp for famed Italian lighting company Flos. Unveiled in 1967, Snoopy is the ultimate expression of happy design, marrying humor and technique without overcomplicating things. It also happens to be named for its resemblance to the coolest and most rebellious of all Peanuts characters.

Reintroduced in 2003, Snoopy is prized for its simplicity; it’s composed of a thick glass disc and black enameled reflector that rests on a crisp marble base. To commemorate the 50th anniversary of Snoopy, Flos has unveiled a special limited-edition version that harks back to the original design, preserved at the Achille Castiglioni Foundation. Instead of the glossy black enamel top, Flos returned to Castiglioni’s original matte black for the snout-shaped reflector. All of the other elements are faithful to the traditional model, including the cylindrical white marble base with a thick crystal glass disc, and the three cooling holes that resemble a bowling ball grip.

When it first debuted, Snoopy’s base housed an on/off switch and electronic dimmer, a rather high-tech feature at the time. These same functions now happen via a touch sensor dimmer, lending just enough 21 st century swagger. Furthering the sense of exclusivity, only 1,700 Snoopy Limited Edition Matte Black lamps have been produced, and just 80 models are available for purchase in the United States. Each one has a holographic label with serial number and requisite attitude.

The updated design is simultaneously reverent and timeless, and probably wouldn’t look out of place beside Bunaco’s similarly fresh beech wood funnel speaker.