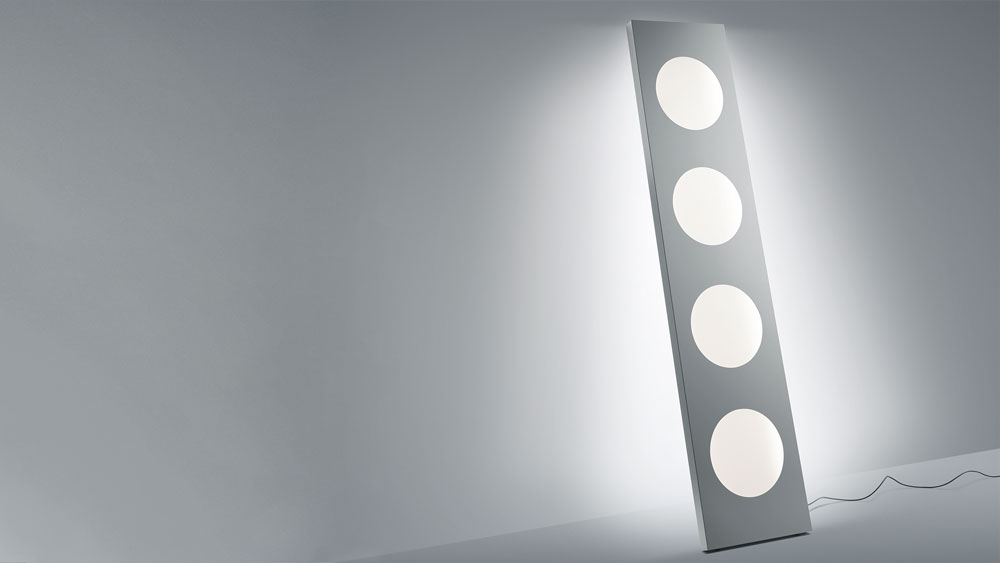 When LED lighting debuted, the design world was not enraptured. Efficient, long-lasting, and small—all of the qualities that made LEDs a brilliant and practical choice were undone by the simple fact that they were unbearably, glaringly bright. While they required 75% less energy and had environmental benefits, they made people and places uglier, which was, in a word, unforgivable. The fashion equivalent of a turtleneck, LEDs had designers struggling to get excited about the same technology used to illuminate traffic lights.

Those were the early, dark days. When the Italians embrace LEDs, you can feel confident they are now considered sexy.  Foscarini—a company that has turned out a catalog of radiant design hits since 1981—so believes in the possibilities of LED technology that they have just revised one of their classics, the Dolmen ($2,422), to include the impressive virtues of diodes.

Designed by Ferruccio Laviani in 1996, the piece ascended to prominence for its strong, confident attitude that veered into sculptural territory. A large, flat aluminum rectangle with a crisp devotion to the basics, the design felt both modern and familiar. Characterized by four circular lights, Dolmen called to mind the portholes of a ship, the glow of a starry sky, or the throw-back flicker of city signage that would announce any number of enticing prospects. The piece also had an undeniably strong presence in the room, as it rested against a wall (a surprising move only a few decades ago) or floated overhead, as in the suspended model.

For this new incarnation, Foscarini outfitted the Dolmen with dimmable LEDs, casting a warmer, more uniform light than we could have imagined back then. The light is diffused through opal polycarbonate filters and ultimately offers the kind beautiful glow that interior designers relish. Laviani would know about these ambient effects, as he has created architectural projects for Dolce & Gabbana.

The update was not solely a technical one. While reimaging Dolmen, the company made the body slimmer in the redesign, making an ahead-of-its-time piece that much more relevant. Available in matte orange for a very industrial look, a warm bronze, or  sleek, matte brushed aluminum for the smart former hacker, the piece is a 90s icon that has not wasted this second chance.