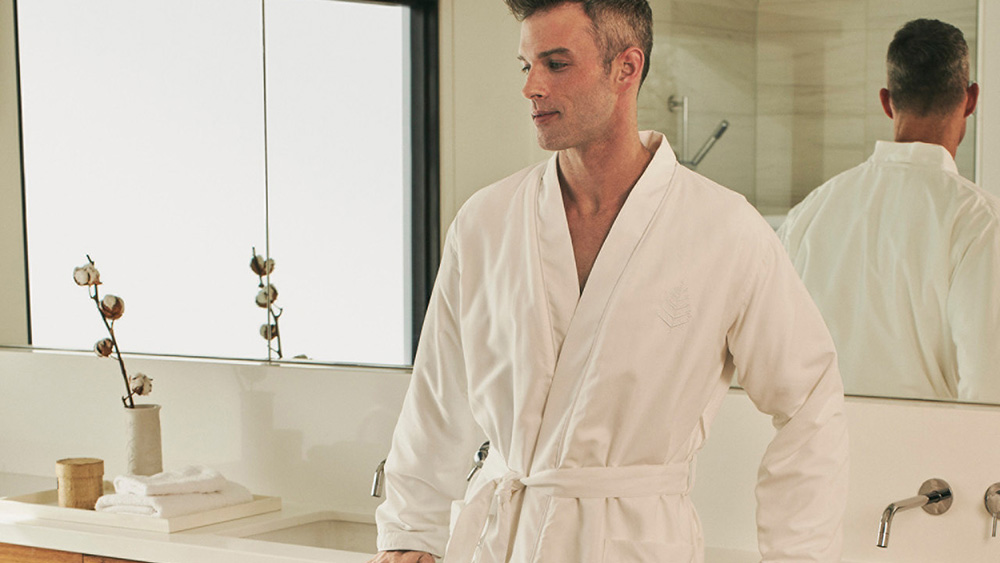 Often the hardest part of leaving a five-star hotel is parting with the plush bathrobe. But now you don’t have to: the Four Seasons has just launched an online store, called Four Seasons at Home, which gives the hotel-obsessed the ability to re-create high-end comfort within their very own abode (robes included).

In the half-century-plus it’s been in the game, the hotel giant has established itself as one of the most prestigious hotel brands around, catering to discerning travelers and luxury lovers alike. Case in point: Five years ago, the hotel introduced a customizable sleep experience that allowed guests to choose everything from the mattress firmness and pillow type to the bedside amenities, somewhat revolutionizing the industry.

This personalized touch extends to the new digital offering, where you can tailor the products to your specific needs and have them delivered straight to your door.

“For many years, Four Seasons’ beds have been a favorite among our guests, the pinnacle of the perfect sleep,” Christian Clerc, president of Four Seasons worldwide operations, said in a statement. “Now, with just a few clicks, and seamless home delivery, anyone can enjoy the celebrated Four Seasons sleep and bath experience in the comfort of their own home.”

The current online selection includes state-of-the-art mattresses which are available in five sizes and come with optional toppers for added comfort (from $1,949); sumptuous 100-percent cotton sheets (from $299); down and feather pillows (from $149); deluxe duvets (from $375); and your favorite Four Seasons towels in bath, spa or pool sets (from $199).

But the pièce de résistance is the luxe spa robe, which features a super-soft microfiber terry lining, signature embroidered chest logo and is available in an array of sizes, from medium to 3XL (from $249). Don this baby, treat yourself to room service—or Seamless, as the case may be—and let relaxation wash over you.

Four Seasons at Home is currently available in Canada and the United States, with plans to expand to additional markets in the future. As part of the launch, Four Seasons has collaborated with the artist Ignasi Monreal and Assouline to create a beautiful coffee table book Four Seasons: The Art of Hospitality which can be purchased for $120.