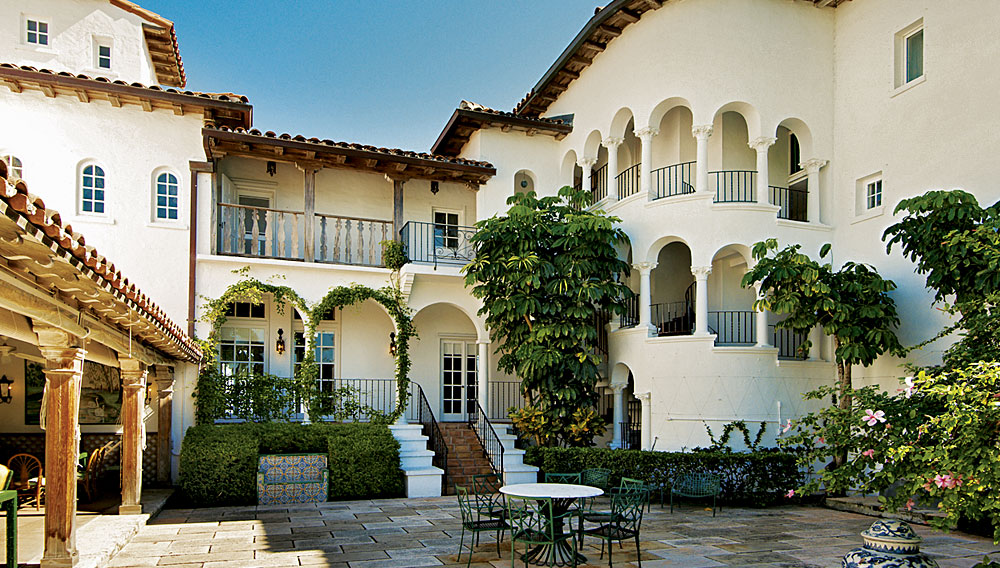 On October 1, 2009, in Bryn Mawr, Pa., a wrecking crew arrived at the gates of a Mediterranean palazzo with Gothic windows and a massive swallowtail battlement that would have been more appropriately perched on a promontory above the Grand Harbour in Malta than nestled on this suburban parcel. But like our 2011 Ultimate Home (see “Above and Beyond,” page 74), this 14,000-square-foot castle, built in 1929, was as much an artistic reverie as it was a residence. Its original owner, Percival E. Foerderer, had developed a passion for the exotic architecture of Palm Beach, Fla., and decided to introduce elements of its tropical warmth to this northern clime. But on that autumn day 80 years later, his dream tumbled before the bulldozers as a handful of frustrated historic preservationists watched in dismay.

La Ronda, as Foerderer called his villa, was not the first of its kind to suffer this fate. Several of the Palm Beach Spanish Colonial Revival homes that inspired it were also razed, most notably El Mirasol, the 40-room mansion belonging to Edward Stotesbury that, in 1919, established the reputation of Addison Mizner, the architect who designed both of these fantastic follies. Mizner had a remarkable eye and sense of form for a man whose architectural training had been limited to a three-year apprenticeship in San Francisco. He had a gift for integrating historic artifacts with details of his own design to create pleasingly proportioned structures that appeared not to have been built but to have evolved over centuries. Each of his commissions, though voluminous, was an intricately assembled jewel box conceived to delight even the most demanding client.

Yet, unlike his houses, his career had not been deliberately planned. The son of a minor diplomat in the Benjamin Har­rison administration, Mizner spent his formative years in Guatemala, where he developed a taste for the Spanish Colonial vernacular while stealing from local churches with his younger brother Wilson, a charismatic criminal in the making. From Central America, this picaresque pair traveled to Alaska, where, among other scams, they established a business as assayers. When miners came to have their ore weighed, Wilson would discreetly sprinkle the carpet beneath the scales with dust and later burn the carpet and extract the gold. The more urbane Addison, in the meantime, cultivated those moneyed personages who passed through the frontier, honing the skills that would later enable him to extract commissions from leading members of society. This talent served them well when, having absconded to New York, Addison penetrated the circle of Mary Yerkes, an octogenarian widow of means whom Wilson, then in his late twenties, seduced into marrying him.

Here, the brothers’ paths diverged. Funded by his elderly wife, Wilson flourished in Manhattan, enjoying stints as a hotelier, a boxing manager, and a modestly successful playwright. By 1918, however, Addison, now in his forties, had failed to attract work as an architect and, in declining health, headed to Palm Beach, unaware that the Florida real estate boom was about to detonate.

Addison’s brief but spectacular triumph as that resort’s ultimate builder, however, was ultimately extinguished by his own ambition. Having realized his visions for homes like El Mirasol, he dreamed of laying out a utopian resort community at Boca Raton. Though opinions vary as to whether he was earnest in his desire, few historians doubt that Wilson, who joined as a partner in the Mizner Development Corp., saw the project as a con. The brothers raised millions from Addison’s clients and, according to Raymond Vickers, author of Panic in Paradise, went into partnership with local banks that, in turn, promoted their scheme to speculators and bribed regulatory officials. This elaborate construct collapsed in 1926, when, in the wake of several hurricanes and a transportation strike, buyers systematically defaulted.

Wilson fled the wreckage for Hollywood, where he parlayed his literary credits into a job as a screenwriter. The bankrupt Addison received a few more commissions, including La Ronda, but the era of owning residences that required a staff of 40 to maintain had ended. When word reached Wilson in 1933 that his older brother was in extremis, he callously cabled, “Stop dying. Am trying to write a comedy.” Yet Addison had the last laugh: While Wilson’s oeuvre was largely facade, most of his brother’s stately structures, including Louwana (pictured), still glitter along the legendary Gold Coast.

Correction: The feature on Aston Martin’s One-77 in the February 2011 issue (“One Way,” page 78) was written by Basem Wasef.