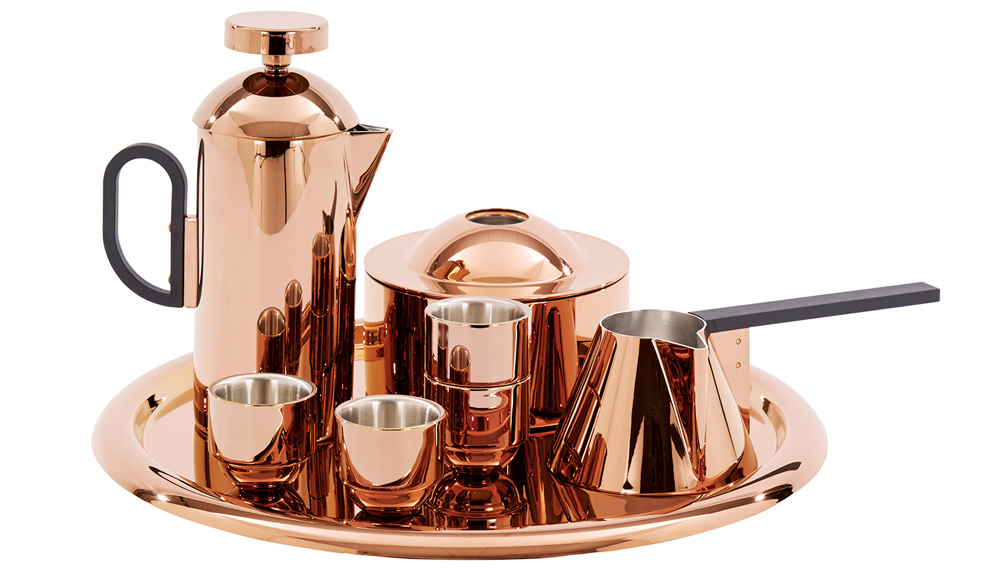 The British designer Tom Dixon has reimagined every element of coffee service with Brew (tomdixon.net), an elegant new set made with satiny vacuum-plated copper. The cafetière, a French-press pot ($185), particularly stands out for its futuristic look, sleek plunger, and looped handle. Other items include a milk pan ($120) for café au lait, a dome-topped biscuit tin ($100), four stackable cups ($130), and a round copper tray ($220). Brew is a statement maker from one of Britain’s most original designers; some of his previous pieces are on display in the permanent collections of London’s Victoria and Albert Museum and New York’s Museum of Modern Art. This collection seems destined to join them.