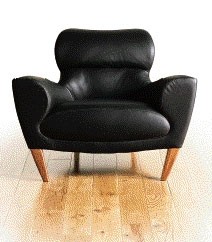 It’s impossible to write about bespoke furniture designer David Linley without mentioning his parents, the late Princess Margaret and photographer Lord Snowdon. Building furniture might seem an unlikely career choice for a nephew of the queen, but it was a natural outgrowth from a childhood spent at the side of his father, whose artistic talents didn’t end with the camera. “Building things was very much what we all did in the house after he came back from work,” says Linley.

Royal connections might have gotten him noticed initially, but his finely detailed furniture, humidors, and accessories have kept clients like Elton John coming back for more. To accommodate his firm’s rapid growth, Linley has expanded to new premises at 60 Pimlico Road in London. “We want to offer people who come into the shop things they can instantly order,” he says. “A lot [of clients] come in seeing something in the window, but they want it custom.” And he obliges any request, even if it’s just a slight modification of a catalog item. But the core of his business remains commissioned pieces. “When we go into a space,” he says, “we think about what is needed. It’s very personal. We don’t stand with a checklist; it doesn’t work like that. We spend an inordinate amount of time learning traits, which is why it takes so long for a piece to be made.”

The sleek, curvy Aston chair exemplifies Linley’s current creative direction. “I am driven by classic cars and motorcycles,” he says. “There are a lot of those 1960s inspirations in our thinking. If you look at the front of the Aston chair, it emulates the grille of a 1960s Aston Martin.” He adds, “We changed virtually nothing from the first drawings [designer] Lee Deason did. Someone can recognize it as different, breaking the mold. It’s thinking in a new way.”

The scope of Linley’s design brief allows for dramatically diverse furniture. “We have a group of people designing in a vast array of styles,” he notes. The ornate Boulle commode and the St. Petersburg collection could pass for 19th-century antiques to the casual observer, while the Classic and Epoque collections fast-forward to the early 20th century with burl oak and rippled sycamore, respectively. The walnut trimmed with aluminum inlay in the New collection and the Macassar ebony in the Lizard collection have a decidedly modern flavor. “It’s mixing the old and the new, the traditional with the use of metals and laser technology,” says Linley. “It’s very exciting.” As to his favorite materials, he says, “If you’re going traditional, French-polished mahogany is delicious, and ebony with a fine lacquer looks incredibly smart.”