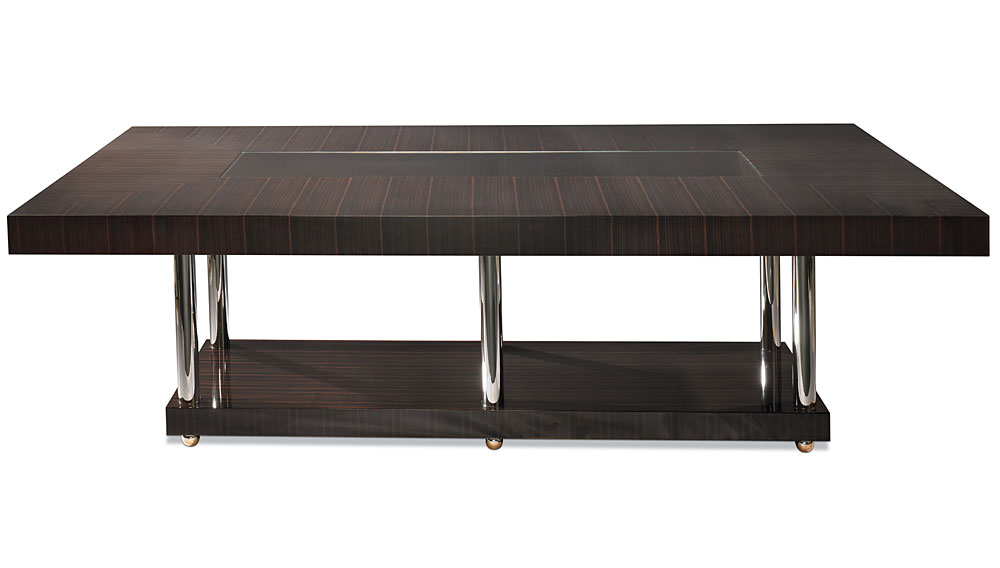 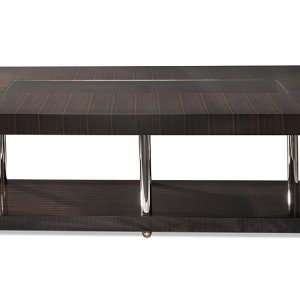 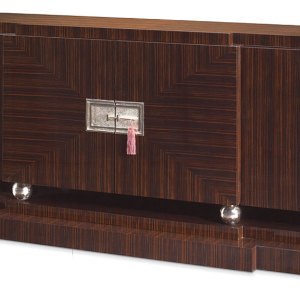 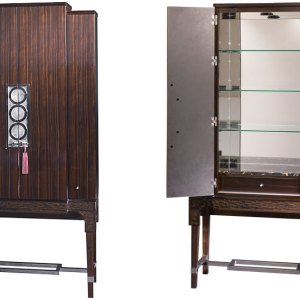 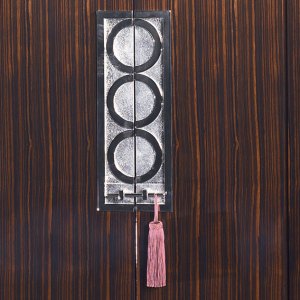 Matsuoka, a company that began producing bridal furniture for Japanese households in 1866 out of Fuchu City, has recently introduced several new pieces to its Moderne collection, which was created by Australian designer Christian Lyon. One of those is the handsome martini cabinet ($36,400), which has veneers made of Celebes ebony. While outwardly Deco in form, its nickel silver lock and stretcher have a more overtly Asian inflection and its hand-carved trim details hint at African tribal design. Inside, it is appointed in silver leaf and marble. Other pieces crafted of the same materials include the Empire sideboard ($36,200), whose ball feet rest on an impressive plinth, and the Duplex dining table ($29,265), which had originally been offered only in a square format and now comes in a rectangle that can be customized in lengths of up to 118 inches. (704.932.2686, www.matsuokainternational.com)