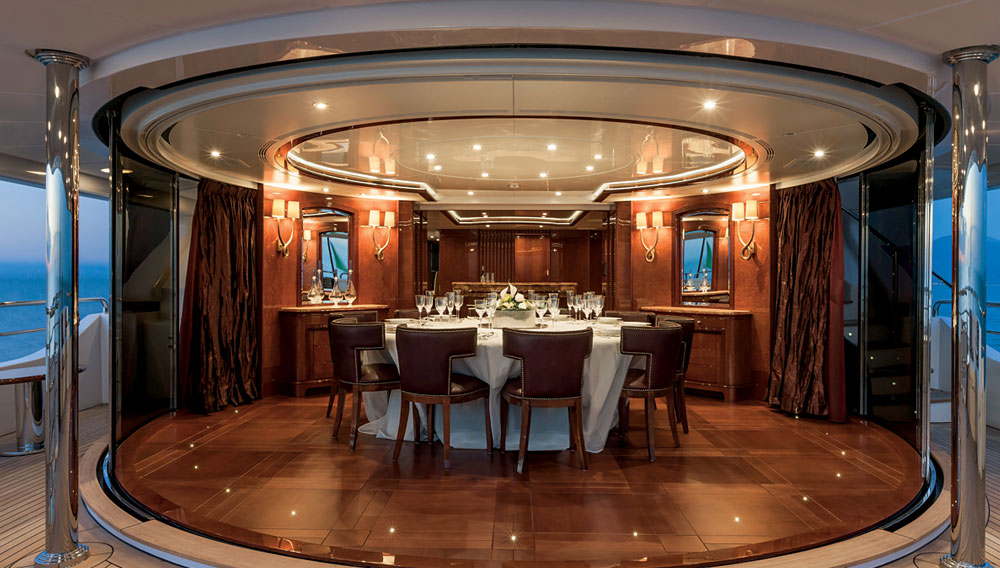 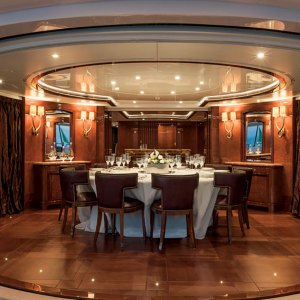 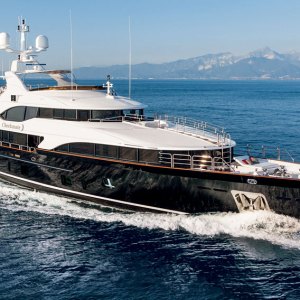 Imposing yet graceful, Checkmate is a bona fide drama queen. The 145-foot Benetti yacht projects an edgy mien with its navy-blue hull, but guests will find sweet interiors in a cream-to-chocolate spectrum. Large windows provide light to all five cabins. The master suite on the main deck, with forward-facing 180-degree views, has his and her bathrooms and opens up to a private retreat in the bow. Further drama unfolds on the bridge deck, where the sky lounge’s aft doors slide open and allow alfresco diners to take in a 270-degree panorama. The sundeck sports a hot tub, a barbecue, and a convenient day head, and toys in the lazaret include a tender and two personal watercraft. Onboard electronics are integrated via the boatbuilder’s BEST (Benetti Exclusive Sea Technology) system, which allows all of the ship’s subsystems—including passengers’ mobile devices—to communicate through an open interface. Launched just last year, Checkmate is the 100th fiberglass yacht Benetti has built at its Viareggio, Italy, operation since 1998.