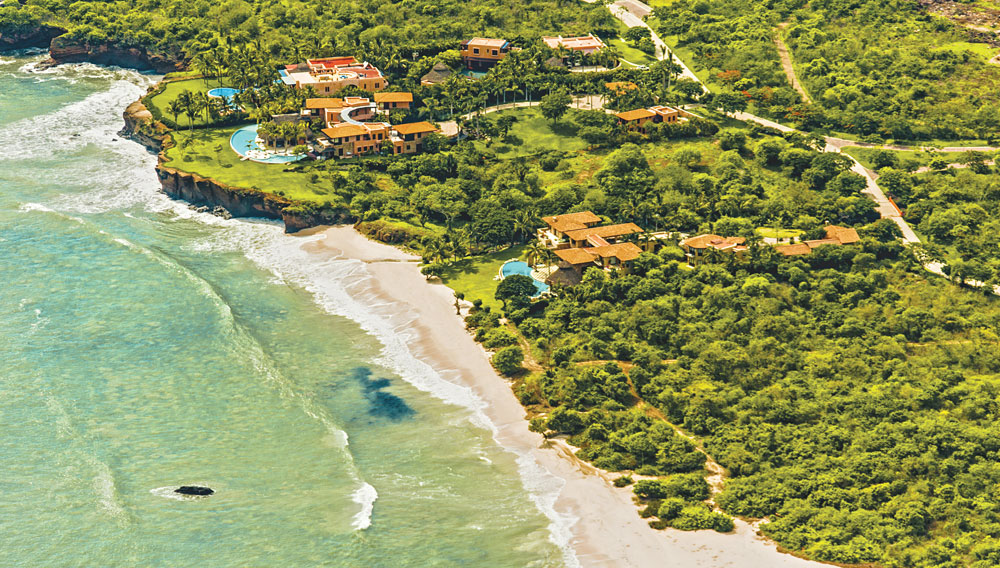 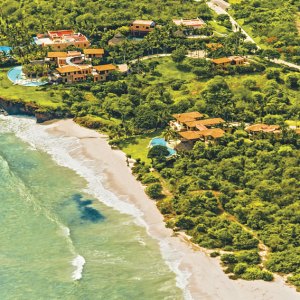 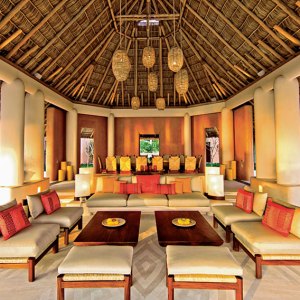 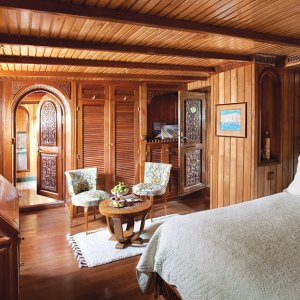 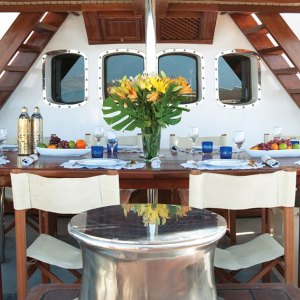 Overlooking the Marietas Islands—a diver’s mecca of reefs and underwater caves—is Villa El Banco 5, a nine-bedroom compound designed for privacy. The property is the work of the architect Manolo Mestre, whose design combines Mexican colonial elements—warm colors, courtyards, reflecting pools, palapas—with modern conveniences, such as automated blackout shades, flat-screen TVs, and Wi-Fi. Open to the breezes, the estate’s main palapa features oversize seating and indigenous art and is bordered by a curved, 160-foot infinity pool. Additional spaces include a chef’s kitchen and grill area, where the staff can prepare a Mexican barbecue for Villa El Banco 5’s secluded guests.

The Soviet cargo ship that began its life in 1962 as Aji Petri, toiling in the Black Sea, is reincarnated as La Sultana and cosseting its guests on jaunts between Morocco and southern Spain. The makeover—undertaken in 2007 by the La Sultana Group, an owner of Moroccan hotels in Marrakech and Oualidia—has transformed the 215-foot vessel from a workhorse and Cold War spy ship into a mahogany-wrapped megayacht with seven cabins. The yacht plies a route less traveled than the normal Mediterranean itinerary, touching shore in Tangier and Andalusian ports that include Marbella, Cádiz, and Seville. The Moorish design elements so prominent in these cities are carried through in La Sultana’s richly ornamented interiors, which feature a hammam. Although the decor is reminiscent of another era, the onboard gadgetry is of the moment; water toys and a helipad are part of the retrofit. Cruises run from two to eight nights, and private charters are available.

This house has a point—two, actually. Built on Fire Island’s highest (and narrowest) point, which also happens to be on a point of land, the home offers 270-degree water views from six wraparound decks on three levels, and it is part of an enclave of just four residences near the exclusive Water Island community. Working with a modest 1,700 square feet, the architect Andrew Kotchen managed to build in two living rooms, a glass-walled kitchen and dining room, four bedrooms, and four and a half baths. Guests may prefer to spend their time outdoors, however; the home has 2,500 square feet of decks, a hot tub and outdoor shower, landscaped grounds, and a boccie court flanked by a waterfall, and comes with a kayak, canoe, and Hobie Cat. The small settlement has a private dock, a rarity, so that guests can avoid hauling their belongings from the ferry dock in Radio Flyer wagons—a tradition on moving-in day on Fire Island, where cars are banned.

The Istana’s clifftop balé may be the perfect perch for taking in the charms of the Bukit Peninsula, particularly the sights below the cliffs of Suluban Beach and breakers ridden by surfers from around the globe. Fredo Taffin, the architect of the 9,834-square-foot villa, clearly had the views in mind: The property’s Balinese-style structures are low-slung, and the symmetrical main house is oriented so that sunsets are visible from the living areas. Flanking the living spaces are four bedrooms, each with an en suite bathroom, while the master suite occupies its own guesthouse with its own pool. Not far from the 105-foot-long main pool are the large common areas, including a dining room with a solid teak table that seats 12 and a media room with a 92-inch screen. A separate wing has two more bedrooms that accommodate four children and a nanny. Istana’s staff of 31 includes a chef, a driver, and a shopper.