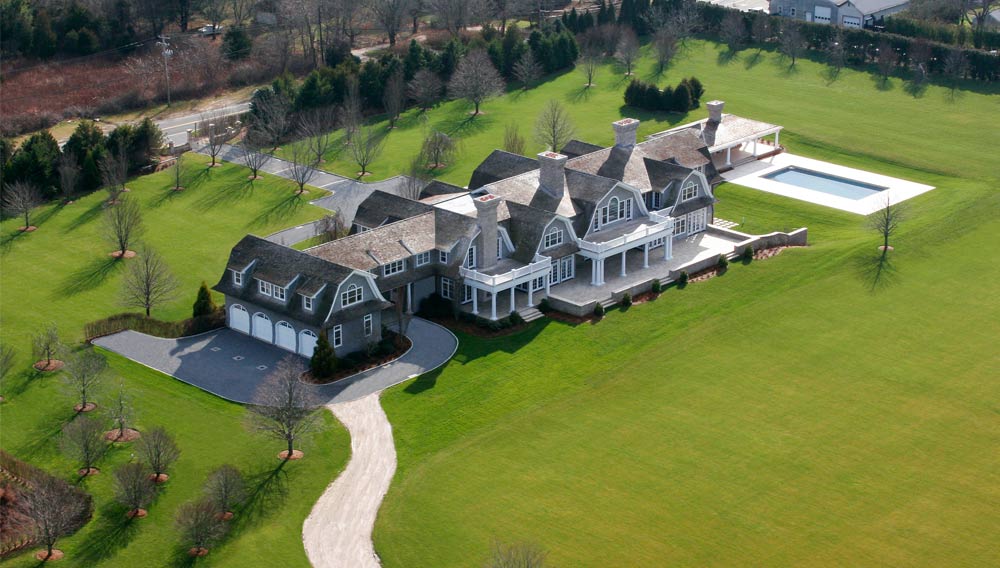 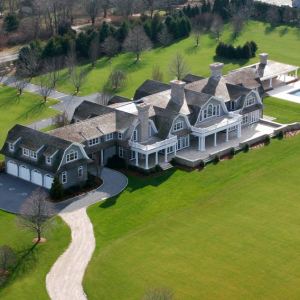 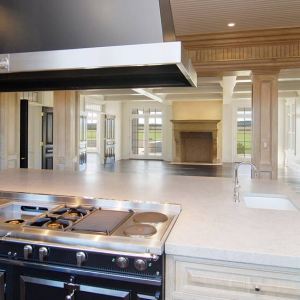 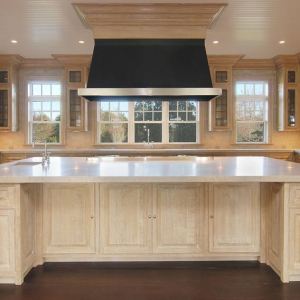 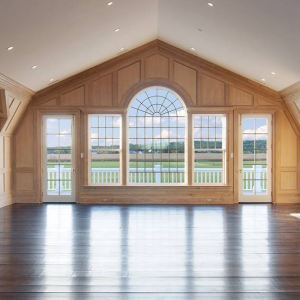 For nearly 40 years, Long Island native Jeffrey Collé has been designing and building some of the most beautiful homes in the Hamptons. Just in time for summer, his latest project, David’s Lane, is nearing completion and joining two other Collé-designed estates that are also on the market.

Located in the enclave of Water Mill, this 18,000-square-foot estate sits on 42 acres and includes a six-stable horse barn. The seven-bedroom home features shingle-style architecture; materials such as Carrara marble, solid mahogany, and French and Turkish limestone; and an expansive lawn. The open layout and geothermal HVAC system are among the property’s modern touches.

This 12,000-square-foot, six-bedroom home is a grand expansion of an original art studio designed by the American architect Stanford White in the early 20th century. Collé retained as much of the original structure as he could, while also rotating the house 90 degrees to take full advantage of the Georgica Pond views. The property features 18th-century fireplaces, a terrace made of Turkish limestone, a 30-foot-high great room, and a pool.

David’s Lane, pricing to be determined

Collé’s latest project is an 8,000-square-foot home, with seven bedrooms and 10 bathrooms, on a 1.56-acre site, which includes the oldest house in Water Mill. (That historic structure can be used as a guesthouse.) The home features a family room, a library, and a kitchen with a butler’s pantry, as well as a lower level with a playroom, a gym, a wine cellar, and the option for two bedrooms. Outside, a covered porch, a heated gunite pool, and numerous screened indoor/outdoor areas are among the amenities.

All of the homes are available through Susan Breitenbach, 631.899.0303, www.smbhamptons.com.