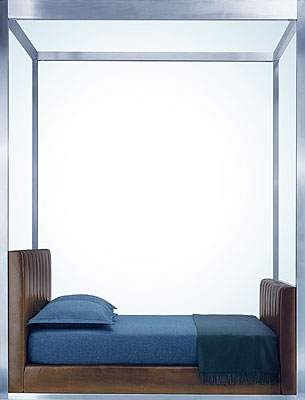 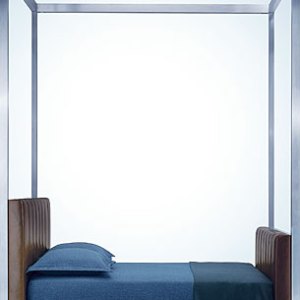 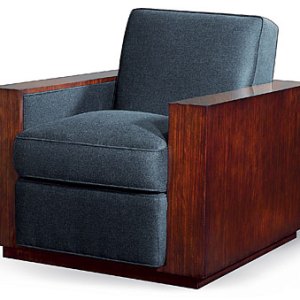 Since 1967, when he introduced his Polo label with a series of handmade ties, Ralph Lauren has been demonstrating his penchant for preppy apparel. The designer, who was born Ralph Lifshitz in the Bronx in 1939, started his Manhattan company with neckwear and over the years added suits, tweed jackets, oxford button-downs, women’s wear, and home furnishings to its offerings. Today, Polo Ralph Lauren Corp., with annual sales exceeding $3 billion, attests to Lauren’s flair for fashion. His other longtime enthusiasm, collecting classic cars, has remained closer to the vest—until recently.

In 2005, Lauren allowed 16 of his approximately 60 painstakingly restored vehicles, including a 1938 Bugatti Type 57 SC Atlantic Coupe, to be displayed in Speed, Style, and Beauty: Cars from the Ralph Lauren Collection, an exhibition at Boston’s Museum of Fine Arts. Last fall, he followed that introduction with another car-themed debut, that of Modern Metropolis, a line of furniture that he modeled after automobiles in his assemblage.

Consider the Modern Metropolis Armoire ($12,000). Its design, according to the company, mimics elements of Lauren’s 1955 Mercedes-Benz 300SL Gullwing Coupe. The rosewood armoire (which converts into a media center if you wish) bears curves similar to the coupe’s contours and has hinged doors that swing open in the same manner as those on the vehicle. The RL1 Cube Bed ($45,000) also evokes a luxury car: The four-poster has a brushed-aluminum frame and is upholstered in polished leather. The piece’s streamlined appearance repeats throughout Modern Metropolis, from the Chaise (starting at $3,600), which sits low to the ground on four cylindrical legs and can be upholstered in cashmere, to the Buffet ($9,900), whose black glass top recalls the glossy hood of a 1960s racer, to the RL1 Chair ($13,650), which has a leather seat back that is intended to promote comfort while driving—correction: while dining.

Modern Metropolis continues to drive home the car theme with its array of accessories. Crystal barware displays etched designs of vintage cars, while duvets, throw pillows, and additional bedding incorporate alpaca, channel-stitched leather, and other materials often found in the interiors of fine automobiles. Because Lauren is fond of the carbon fiber that is employed in the bodies of many sports cars and racecars and in the interiors of some luxury cars, says the company, he employed the material in a host of items, including drink coasters, olive picks, desk accoutrements, and a tic-tac-toe board.

The color palette—a tableau of deep woods, soft charcoal and heather grays, and gleaming metal—may help to put the beholder of Modern Metropolis mentally in the driver’s seat, but the aesthetic also is decidedly urban and contemporary, as the line’s moniker suggests. Certainly the collection works well in a chic city penthouse, but the pieces also mix successfully into other environments, says their maker, because they are streamlined and timeless—much like the rare automobiles that drove their creation.