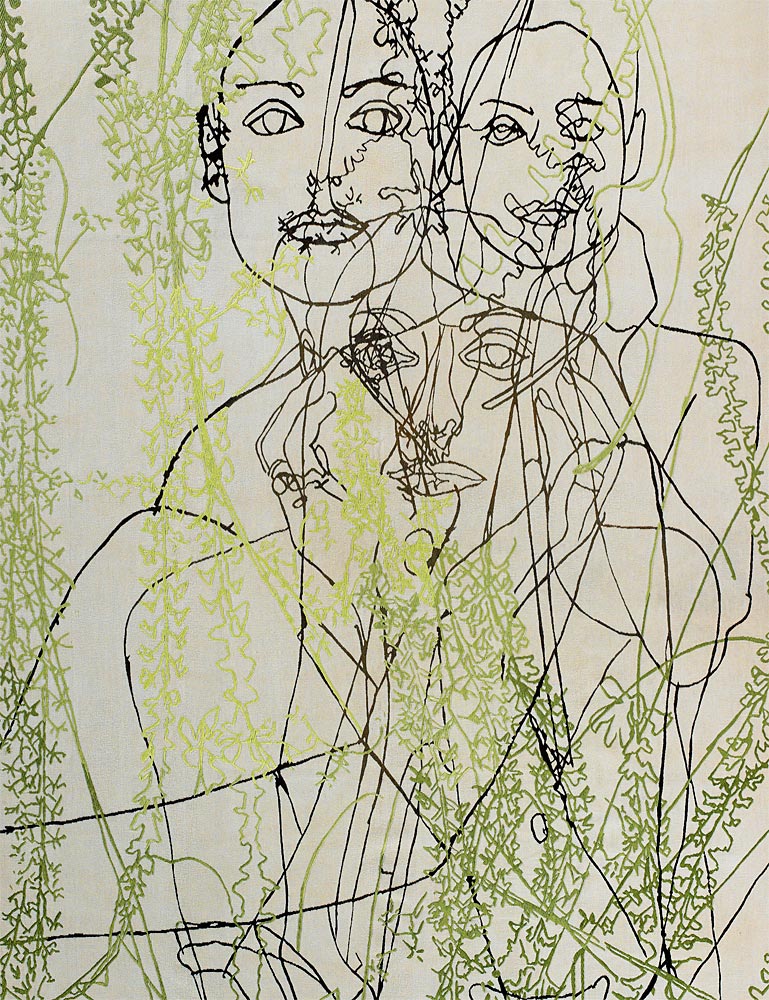 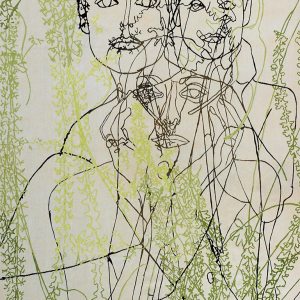 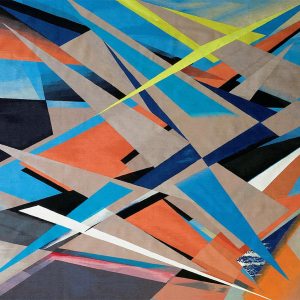 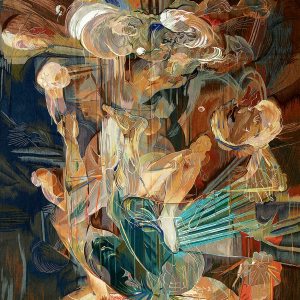 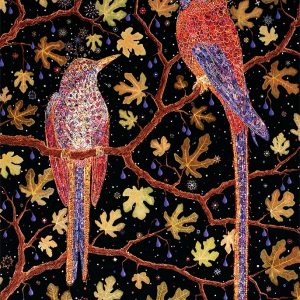 In the middle ages, kings hung richly detailed tapestries behind their thrones as symbols of authority. Today, the crafts are often limited to depictions of staid abstract patterns or dull landscapes. Such limitations, say Christopher and Suzanne Sharp, founders of the Rug Co.—a producer of contemporary, handmade rugs since 1997—indicate untapped potential in tapestry as a form of high art. “Both Suzanne and I are passionate about woven textiles and are great admirers of the tapestries of the Middle Ages and Renaissance,” says Christopher. “The techniques employed to make rugs are more restrictive than those available with tapestries. Due to the sheer expense of its production methods, tapestry has all but faded as a medium, and recent attempts to revisit this lost art have often been disappointing.”

The Sharps’ latest endeavor, Banners of Persuasion, is a London-based company that commissions decorative art projects. The firm’s first exhibition, Demons, Yarns & Tales, debuted in London in November. It includes 14 tapestries designed by internationally renowned artists, including Grayson Perry, who won the Turner Prize in 2003; Fred Tomaselli, who is represented by White Cube, a prominent contemporary commercial art gallery in London; and Kara Walker, whose work has appeared at the Museum of Modern Art and at the Solomon R. Guggenheim Museum. “We wanted to produce works that people can hang as confidently in a modern interior as any other contemporary work of art,” says Christopher.

In December, the exhibition will make its first U.S. appearance, at Design Miami, the international design fair that coincides with Art Basel Miami Beach.

Previously, Christopher and Suzanne engaged such well-known designers as Vivienne Westwood, Tom Dixon, Kelly Wearstler, and Paul Smith to create patterns for the Rug Co. But when choosing contributors for Banners of Persuasion, the Sharps approached a range of artists, from established names to up-and-comers. “We felt that artists, unlike fashion and interior designers, would be the most interesting people to explore the medium, given that, historically, artists have played a crucial role in making designs for tapestries,” Christopher explains, noting that most of the artists they worked with had little or no experience in this medium. “It was a difficult process, because you’re basically asking them to leave their comfort zones.”

Because the creation of tapestries entails such intricate work, the Demons, Yarns & Tales project lasted more than three years. Chinese craftswomen wove each fine-wool piece by hand and employed the traditional weaving techniques used by the tapestry makers of Aubusson—a village in France that has been manufacturing tapestries and carpets since the 15th century. According to Christopher, seamlessly translating the artists’ visions into the tapestries was a significant challenge. “One of the most surprising aspects, however, was the sheer perfection and the fidelity of the reproductions by the weavers to the original artwork,” he says.

The tapestries range in size from 6 feet by 6 feet up to 15 feet by 14.5 feet, and in price from about $30,000 to $200,000. They explore, among other themes, technology, consumerism, fashion, and the supernatural. Trump, by Francesca Lowe, uses intricate shading and finely detailed curvilinear shapes to depict a limbo land of spiritual ghosts. Zelada, a vibrant geometric piece by Jaime Gili, suggests rock formations and exploding icicles. And Georgie and Orchids, by English artist Gary Hume—whose early work includes his highly acclaimed life-size paintings of hospital doors—shows three line drawings of his wife placed over one another on an olive-colored background.

Christopher and Suzanne are selling the pieces only through the exhibition, which, after Design Miami, will travel to additional U.S. cities. Although this is the first project for Banners of Persuasion, the company plans to curate new exhibitions with different artists in the future.