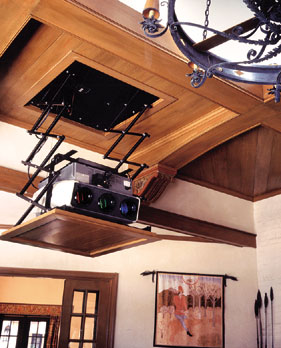 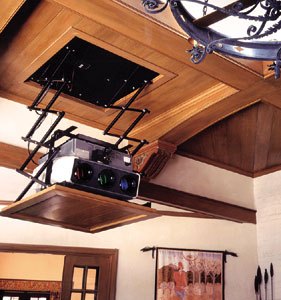 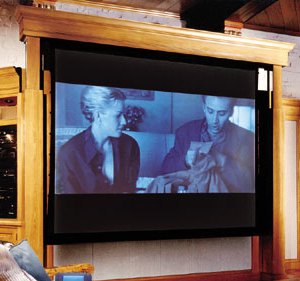 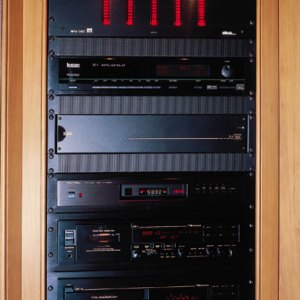 The sky’s the limit for most homeowners building a media room. For Anthony von Elbe, a truss was nearly the limit in Manga Reva, his historic Spanish Mediterranean-style home in Fort Lauderdale’s exclusive riverfront neighborhood along Las Olas Boulevard.

In 1933, when acclaimed architect Francis Abreu was engaged to design the house, there was no need to consider accommodating a projection system and viewing screen. That created a challenge for von Elbe, the former CEO of US Airways Express, a privately held company based in Plattsburg, N.Y., when he purchased the home in 1994.

Despite inconveniences that come with age, the house possessed some exceptional characteristics, not the least of which was its acre and a half of land. The prospect of owning such a large (and rare) amount of waterfront property easily outweighed the problems of incorporating modern conveniences into the residence without destroying its historic integrity.

Von Elbe retained Louis Gelb, president and CEO of Fort Lauderdale’s Media Control Technologies, to create a media room in a 35-by-25-foot space originally intended for nothing other than to shelter idle loungers while they gazed meditatively out the windows at the rolling waves. This task might seem straightforward were it not for the room’s extensive woodwork and other architectural details, all of which von Elbe insisted on preserving.

Preservation, however, was not von Elbe’s sole stipulation. He wanted to watch television not only at night, but also during the brightest hours of the day. The picture generated by a projection television would appear too washed-out for daytime viewing, so Gelb proposed a solution that would employ a 40-inch Mitsubishi picture tube for brighter lighting situations and, for the large-screen movie experience, a two-piece projection system in which the screen would descend in front of the television set and an overhead projector would provide the images.

This approach complicated the preservation aspects of the project. “I had concerns [about the project] before I got inside the ceiling and opened things up to look around,” says Gelb. Fortunately for him, he discovered a crawl space above the room through which he could run wire to power the projector and the rear speakers.

The crawl space solved one problem, but the wood beams, corbels, and iron chandelier posed others. “There was no place to conceal a screen in the ceiling,” remarks Gelb, “and a wall unit would have to be very high—too high.”

Gelb found his solution in the soffit. Under the entertainment center’s front soffit, the installer concealed a 120-inch motorized Stewart screen. When von Elbe wants to watch a movie, the soffit is raised to accommodate the height of the screen. The cabinetry houses the system’s speakers and electronics, which are set at a 45-degree angle to prevent the LED lights from disturbing the viewers.

Now, Gelb had only to solve the riddle of placing the overhead projector—without disrupting the ceiling’s architecture. The CRT projector weighs several hundred pounds, and von Elbe didn’t want it “in a box hanging from the ceiling.” Gelb had a strategy in mind, but hesitated to present it, given that it involved cutting into one of the room’s trusses.

“That’s a tough conversation to have,” reflects Gelb. “Most people are nervous about the idea of cutting a truss—that the roof will cave in. We were pleasantly surprised that he was open to it.” The truss was reengineered to accommodate the projector’s lift, and the ceiling was reconstructed so that the projector could retract into a storage bay. The lift’s wood door and the wall unit’s cabinetry blend seamlessly into the existing woodwork.

This installation, however, was one of the least intrusive during von Elbe’s restoration. Other projects included reconstructing part of the seawall, replacing 151 windows and doors, and overhauling the electrical and air-conditioning systems.

“[Von Elbe] was a blast to work with,” notes Gelb. “It was an easy relationship, which isn’t always the case. Reengineering the truss was the break we needed to deliver what he wanted. Without that trust, we couldn’t have pulled this off.”

When Anthony Von Elbe’s home was built, ocean waves broke off the back porch, and the New River flowed by the front door. Money, too, had been flowing into the burgeoning resort community, which was still rebuilding from the 1926 hurricane. The predominant architectural motif was an eclectic style that has been referred to as “Bastard-Spanish-Moorish-Romanesque-Gothic-Renaissance-Bull-Market-Damn-the-Expense Style.”

Francis Abreu, the designer of von Elbe’s home, was responsible for a number of prominent buildings in Fort Lauderdale built during the booming 1920s. In addition to some of the most beautiful waterfront homes in Broward County, Abreu designed a fire station, a clubhouse at the Fort Lauderdale Country Club, the Municipal Casino and Pool, the Maxwell Arcade, and the Dania Beach Hotel.

The first residence built on Fort Lauderdale Beach, the Mediterranean revival– style Jova House, is an Abreu home (built for and named after his grandfather) that has been converted into today’s Casablanca Café restaurant. Farther to the north, Abreu also designed additions to the Cloister Hotel on Sea Island, Ga.