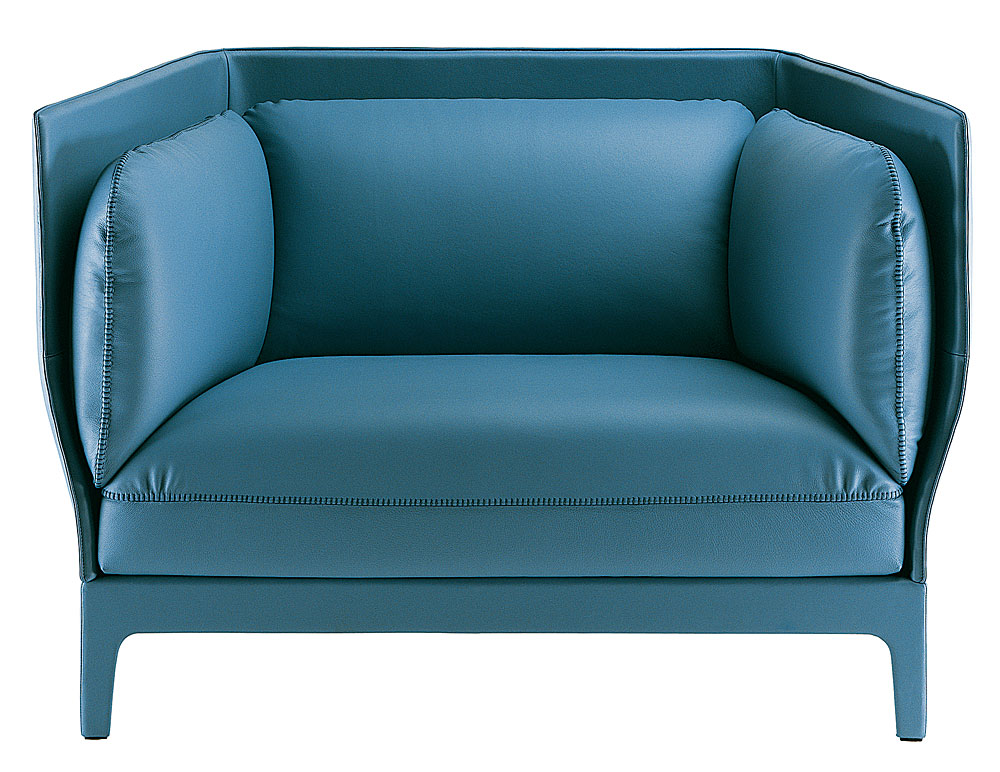 Until recently, the 95-year-old Italian company Poltrona Frau was producing traditional furniture regarded more for its craftsmanship than for its style. The firm was known less, for instance, for any armchair or sofa design than for its butter-soft leather—material found in the interiors of Ferrari and Maserati automobiles. Of late, however, Poltrona Frau has partnered with designers from all over the world and produced pieces that are more contemporary and more fashionable than its previous designs. The company’s recently debuted Linea A trio—a clean-lined chair, loveseat, and sofa that come in a range of leathers, with goose-down seat upholstery and wenge-stained solid beech legs, and are priced from $4,500 to $10,600—is the brainchild of New York–based architect Peter Marino, whose past projects include the $30,000-per-night penthouse suite at the Four Seasons Hotel New York (see “Gold Standards”).

In conceptualizing Linea A, Marino sought to create a piece that would rival the ideal proportions of Mies van der Rohe’s Barcelona Chair. “I wanted to do something that would be beautiful forever, but it also had to be comfortable,” he says. “I had everyone from my 6-foot-7-inch driver to a 4-foot-10-inch girl from my interiors department sit in it, to make sure that everyone would be comfortable.” Seven prototypes later, he finished the designs. “Designing a chair is the hardest thing,” says Marino.

Other designers who have collaborated with the company include Frenchwoman Andrée Putman, Stockholm-based Monica Förster, and the Japanese team of Setsu and Shinobu Ito. For her Oceano design, Putman essentially converted a steamer trunk into a container for the home. And her Segreto desk at first appears as simple and uniform as a Parsons table, but it contains two hidden file drawers in one of its legs; the drawers have openings for computer cables that can be passed through the piece’s interior. Förster says that nature—Nordic landscapes of sea and sand dunes—influenced her Alone line of curvilinear leather seating, while the Itos liken the look of their minimalist Bina chair to the line that a drop of water traces as it flows down a lily petal.

“The best designers are those who make themselves most available to read and interpret the company’s philosophy,” says Giuliano Mosconi, Poltrona Frau’s CEO. “We choose our designers by identifying what is needed to complete our collection.”

Marino chose Poltrona Frau for his foray into furniture, he says, because of the firm’s careful construction methods and unique materials. “I drive a silver Spider with [Poltrona Frau’s] leather in it, and it’s amazing,” he says. “I’ve been approached by a lot of companies over the years, but their quality and craftsmanship is outstanding. It really won me over. That, and the fact that my next Ferrari would probably get finished pretty quickly.”