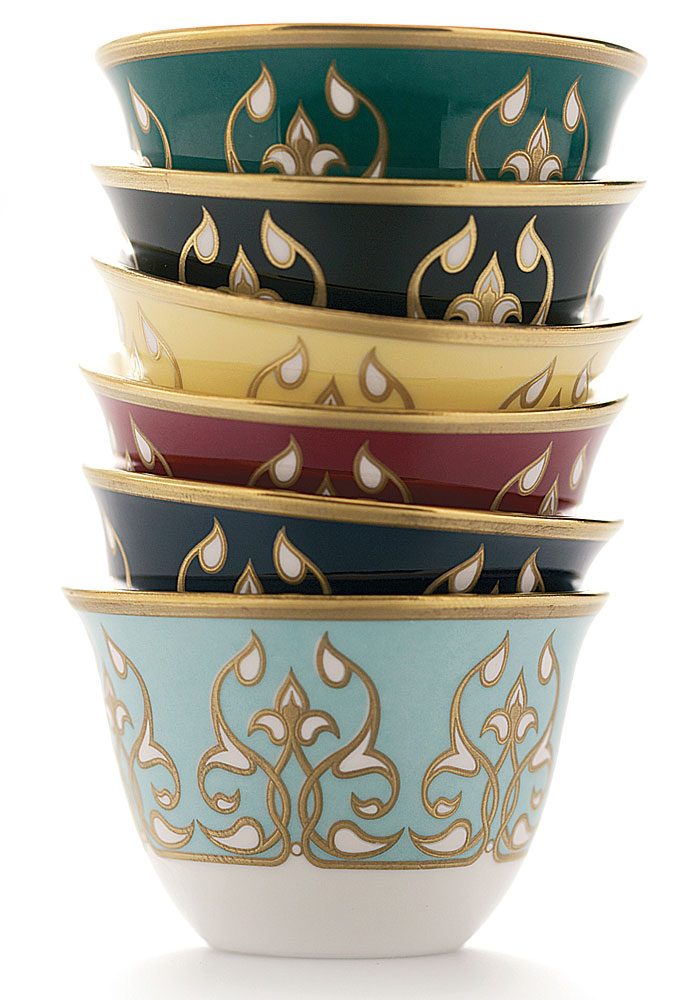 When Traditional Arts made its debut on January 31, 2007, the London-based tableware maker kept a low profile. The Prince of Wales announced the start-up to just 80 guests during a dinner at his London home. The invitees—patrons of the prince’s School of Traditional Arts, which, as part of his charitable foundation, teaches the arts of Islamic, Indian, and other cultures to postgraduates—viewed bone china, crystal, and silver tabletop pieces that were available only to the patrons and other select individuals. The wares, handcrafted or hand-finished in classic styles with contemporary touches, would not be made available to the public for nearly a year.

That year has passed, and today you can find the collection, priced from about $100 to $8,000 per piece, at several U.K. retailers and at Traditional Arts’ appointment-only gallery, located next to the prince’s school in London’s Shoreditch section. (The company will ship its products anywhere in the United States.) New tabletop series are forthcoming this year, and textiles, rugs, and furniture are planned for next spring. Now that the fledgling company is raising its profile, the provenance of its pieces, as much as the pieces themselves, stands to capture broader interest.

Students or alumni of the prince’s school design all of the objects, from teacups and Champagne flutes to candlesticks and soup tureens. The concept for the company grew out of the questions, “How do we help the students that graduate from art school bring their work to the marketplace, and how do we promote and sustain traditional crafts?” says chief executive Nick Robinson, a British designer who joined Traditional Arts the day that it launched. “So,” he says of the company, whose profits benefit the school, “we commission the students to design for us, and we find the materials.”

These materials—including lead-free crystal handblown in an eight-person workshop in the Czech Republic—come from suppliers that Robinson deems standouts for their craftsmanship: “We’re selective about trying to find [vendors] with fabulous skills who work in a sustainable way.” The vendors produce the media upon which the student artists’ designs are gilded, carved, lettered, or painted.

The artists, Robinson says, learn that “all art is based on the geometry you find in nature.” The Kirtim Flower design, by alumna Samantha Buckley, exemplifies that principle. “I think it has a real origin in nature—a flower design, but with quite a contemporary feel to it,” he says. Buckley based her dinnerware design on a floral motif from an Islamic manuscript that was penned in Arabic during the 11th century in Baghdad.

In addition to Kirtim Flower, you can select from styles such as Islimi, a design consisting of an islimi (arabesque) pattern from early Islamic art, or Sun & Moon, which showcases Egyptian mythology’s lotus flower in hand-gilded gold or platinum relief. Or you can commission a custom service, which takes about 12 to 14 weeks to design and produce.

“We continue to sell direct to individuals on bespoke commissions,” says Robinson. And such projects need not revolve around the table. “We were commissioned by one of our original customers, who bought a dinnerware collection from us,” he says, “to see if we could do [the interiors of] a unique Rolls-Royce she was just about to order—a limited-edition Rolls-Royce for her and some of her associates.” But he must be discreet about the project, he says, and cannot discuss its design or price. The cost of the company’s most elaborate bespoke dinner service to date, however—nearly $90,000—is not under the table.