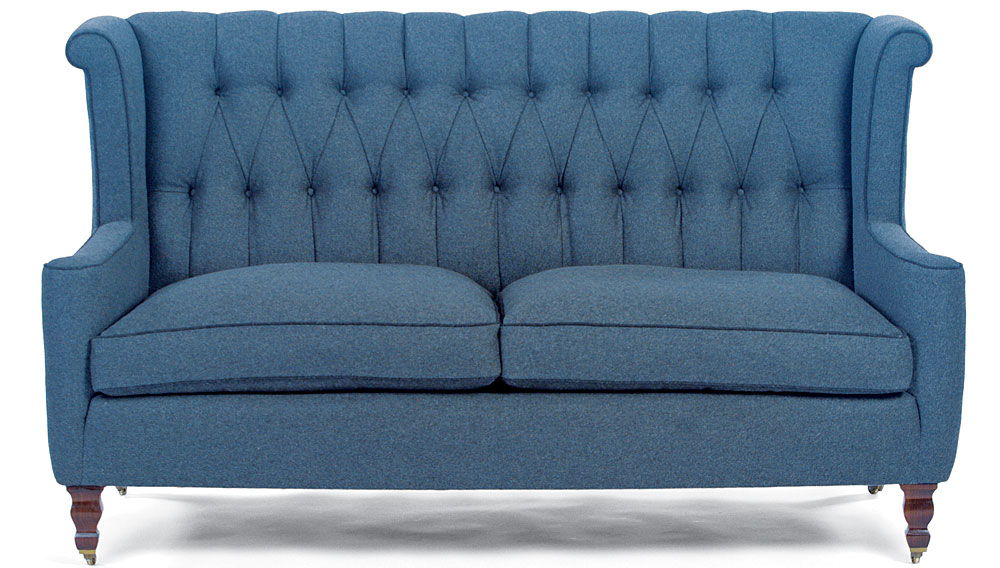 During a trip to London in 1992, John Levitties wandered into a stall at one of the city’s antiques markets and came across an early-20th-century silver tea service by the late Archibald Knox. Unfamiliar with the Englishman’s work, Levitties, then a graduate student of American cultural history at the University of Pennsylvania, borrowed a book about Knox from the shopkeeper and read it at a nearby pub. Later that day he returned to the market to purchase the tome and the tea set, which marked for Levitties the start of a career collecting and curating late-19th-century and early-20th-century English art for his Philadelphia gallery John Alexander Ltd.

Today that tea service belongs to the Philadelphia Museum of Art, and Levitties, still owner of John Alexander, has started down a different path. In January, he and interior designer Michael Gruber opened the Philadelphia-based gallery and interior design studio JAGR Projects and, at the same time, introduced JAGR Design, a collection of new, customizable furnishings (priced from $1,800 to upwards of $10,000) influenced by the same period in British design when Knox was plying his craft.

“Essentially it’s English Arts and Crafts,” says Levitties of JAGR’s inaugural offering, “but I don’t use that term because it has an association in America that is vastly different than in the UK. It’s really early modernism, so the forms get very simple—bobbin-turned chairs, chamfered tabletops and legs—yet, when the materials are good and the execution [is] just so, they can be quite elegant.” What unites the collection’s initial dozen designs, he says, “is that they are all inspired by period forms, some quite explicitly and others in terms of details or scale.”

All 12 pieces—three upholstered sofas, four armchairs, two sideboards, an end table, a console, and a coffee table—are handmade by Pennsylvania craftsmen, and all are available in a variety of woods, upholsteries, metals, and sizes. Among the line’s standard-issue options are the Stuart end table in oak, the Anson settee in flannel, and the Sebastien armchair in two sizes (grand or low). Old-world touches include hand-tied springs and hand-stitched horsehair padding on the upholstered items, and hand-chamfered, hand-turned, and hand-finished woods in the case pieces.

Notwithstanding their period details, the designs have a modern sensibility. The Anson settee, for instance, features a traditional tufted, high-sculpted back, but the sofa has been enlarged and upholstered in gray flannel to suit contemporary homes. A sideboard made of sapele in a classic midcentury English manner has a back that is flush, rather than recessed, as well as details on its sides that add strength to its look and enable it to “float” in a room rather than merely rest against a wall. And the company’s iron console and coffee tables, whose shapes recall the Arts and Crafts period even if their constituent material does not, have glass tops reflective of modern living.