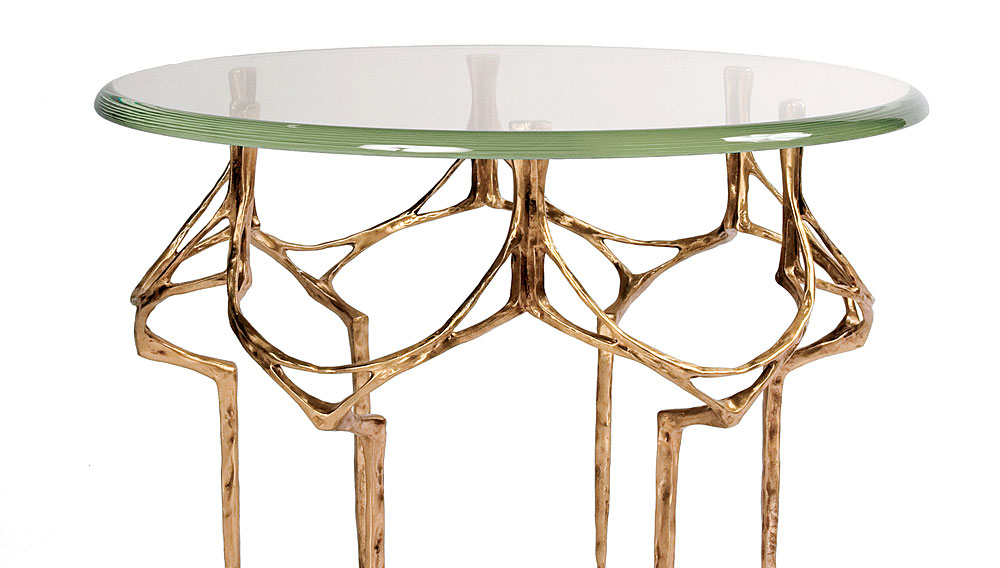 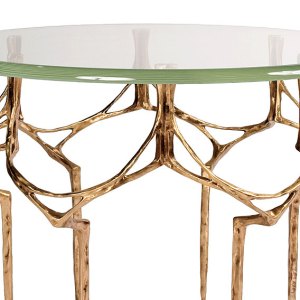 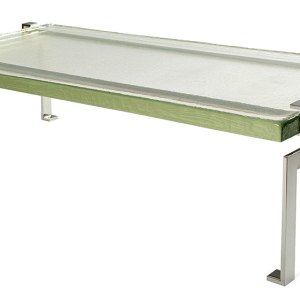 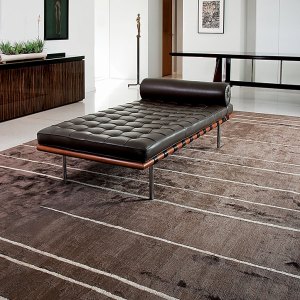 When James Magni travels to Paris, he stays at a flat near the city’s most central park, the Jardin des Tuileries. The apartment sits above Colette, a fashionable store that purveys an eclectic mix of apparel, music, and home accessories. “I love picking up a pastry and sitting outside to watch the hip, cool people who come in and out of there,” says the interior designer. “The French have such style. They can throw on a pair of jeans, a blazer, a scarf, and some attitude, and they look great.”

Magni—who founded Magni Design in West Hollywood, Calif., in 1988—was influenced by these observations in his design for the cast-bronze Colette table (above). He describes this latest addition to his namesake collection of furniture and rugs as “lean, sheen, and coiffed,” like the Parisians who patronize Colette. The designer says the table is both stylish and anthropomorphic. “When I look at it, I see a rib cage, the human form, six people in a circle joining hands. It’s very sculptural; I thought back to Giacometti,” he says, referring to the attenuated works of the 20th-century Swiss sculptor Alberto Giacometti.

Indeed, the limited-edition Colette table—50 signed, numbered editions will be made in all—has the handwrought quality that Alberto and his brother Diego, a furniture designer, brought to their metalwork. According to Magni, the nearly $15,000 table is also just as labor-intensive as the Giacomettis’ works. “You actually hand-tool the clay mold, cast the individual pieces, and hand-weld each piece together,” he explains. “Then you hand-tool the connections between each piece so they don’t look like they’re welded.”

This emphasis on handcraftsmanship extends to Magni’s Jewel tables, which are priced from $7,975 for a side table to $41,500 for a dining table. The Jewel concept arose from Magni’s collaboration with a sculptor who casts works in glass. “We had to engineer the base to hold up the glass surface, which is quite heavy,” Magni says. The base holds up the tabletop much as a pronged setting supports a fine cut gemstone. “I’m trying to bring back that sense of European glamour and craftsmanship, and doing hand-touched objects made by artists. Lalique and Daum did cast glass, but no one was doing glamorous furniture in that material.”

Magni introduced the Jewel table a little more than a year ago with clear cast-glass surfaces and bronze or steel bases, and now he offers the tables with tops and bottoms in a variety of colors. Jewel Noir, for example, features a red enamel base topped with a slab of black translucent glass. Additional pieces in Magni’s 75-piece collection, many of which can be customized to suit individual needs, include upholstery and case goods (priced from $3,000 to $18,000) and a new series of carpets (8 feet by 10 feet, priced from $8,000) available through the Los Angeles rug company Mansour Modern.

If a common thread runs through the entire collection, it is the meticulous handcraftsmanship that yields Magni’s stylish, sensual pieces. One can sense the human touch in all of his designs. “We’re coming up with ideas and going to sculptors to produce them,” says Magni. “It’s that Warhol attitude of collaboration, much like what he did at his Factory. Everything here is made by accomplished artists.”

Virgil Abloh’s Home Collection With Vitra Gets a US Edition

Design 10 Luxe Flatware Sets That Will Elevate Every Dinner