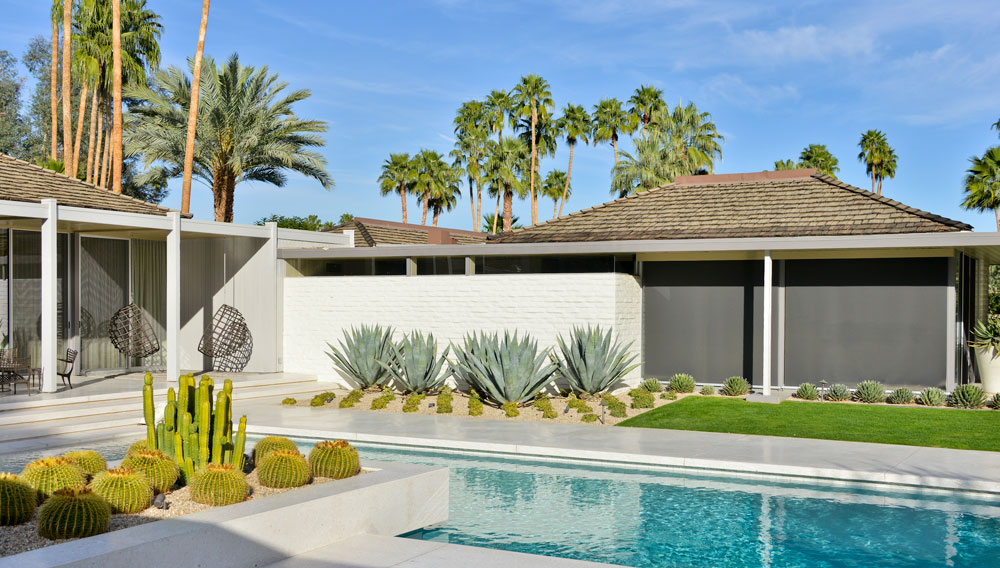 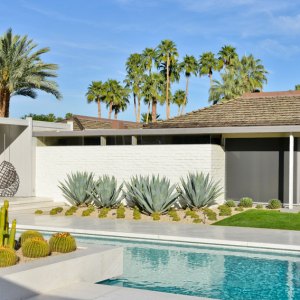 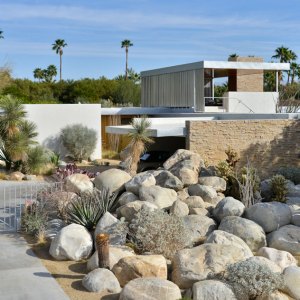 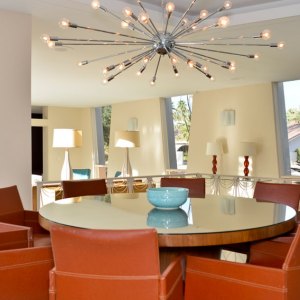 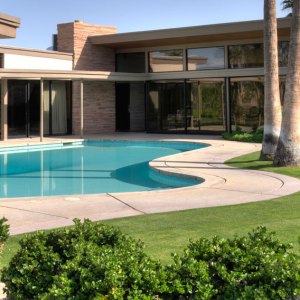 A book-launch party for Desert Modernists—The Architects Who Envisioned Midcentury Modern Palm Springs will kick off the week’s festivities and celebrate some of the architects who helped define “desert modern” design in Palm Springs such as Richard Neutra, Albert Frey, and Hugh Kaptur. Later in the week, a sold-out, five-course dinner by chef Steven Fretz of West Hollywood’s eclectic the Church Key restaurant will honor Frank Sinatra’s 100th birthday and take place around Ol’ Blue Eyes’s famous piano-shaped pool at his Twin Palms estate—designed in 1947 by architect E. Stewart Williams. A second dinner will take place at the Palm Springs tapas restaurant Tinto on February 16, where guests will be served a five-course menu inspired by the lively, cartoonlike artwork of Josh Agle (better known as Shag). Diners will also leave with a signed limited-edition print by Agle created for the evening. Eleven new neighborhood tours have also been added to this year’s program, extending now to nearby Palm Desert and Indian Wells. Featured in the list is an excursion to Gene Autry Neighborhood, led by Autry’s wife Jackie and the mayor of Palm Springs. The residential area, recently named after the legendary country singer, includes homes built by William Krisel from 1958 to 1969.

Celebrating another anniversary is the Palm Springs Modernism Show & Sale, a three-day event beginning February 13. As it has for the past 15 years, the show will exhibit distinctive midcentury furnishings and fine art from 85 national and international dealers. Among the new names this year are Los Angeles’s Christopher W. Mount Gallery, Phoenix’s Red Modern Furniture, and Santa Fe’s Casa Navarro. Tickets for each event can be purchased separately, starting at $12 for a lecture with architect, author, and critic Alan Hess and about $20 per person for a two-hour architectural tour. (modernismweek.com)