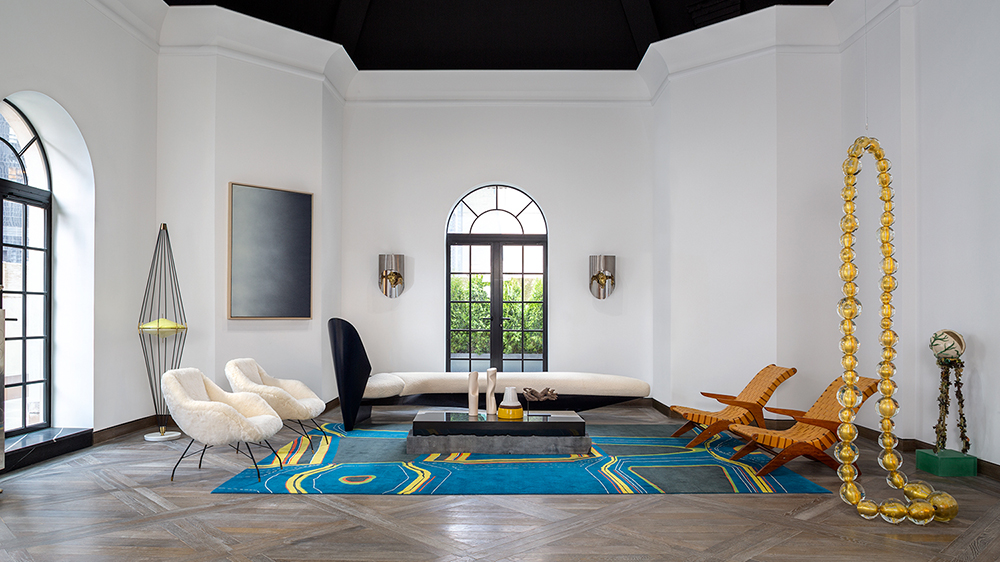 Gabriel & Guillaume at the Landmark Penthouse in New York.

Selling furniture needn’t be so by design. Once a circuit plagued with white walls and labyrinthine booths, the design fair has recently broken from its one-note mold, creating dynamic displays that are more reminiscent of the lived environment. Here, four names changing the way collectors experience—and buy—rare works.

For cofounders Nancy Gabriel and Guillaume Excoffier, home is where the Hadid sofa is. Rather than settling on a single brick-and-mortar space, Gabriel & Guillaume hits the road year-round, displaying its collection of vintage and modern works in residential environments from Beirut to New York City for only a month or two at a time.

If you want to peruse the Future Perfect’s latest contemporary works, you’ll have to key into founder David Alhadeff’s home. The aesthete lives bicoastally among the gallery’s designs in the company’s two Casa Perfect locations: Los Angeles and New York City. Paying a visit feels like entering the home of an exceptionally refined friend with superb taste in furniture.

Typically held twice per year—once in St. Moritz, the other either in Venice or Monaco—each Nomad fair takes over a glitzy, old-world mansion for a long weekend. Every participating gallery gets a room to itself, with works laid out as if for someone who lived there. The catch? Once invite-only, attendance is still strictly regulated, with a limited number of tickets available at the door.

A still-young fair that will celebrate its second year this May, Object & Thing does away with display booths entirely. Instead, works are shown alongside one another, without organization by gallery or era, in a sun-drenched warehouse in Brooklyn. It feels more democratic, open and accessible—and, most importantly, it’s an enlivening antithesis to the onset of “fair-tigue.”