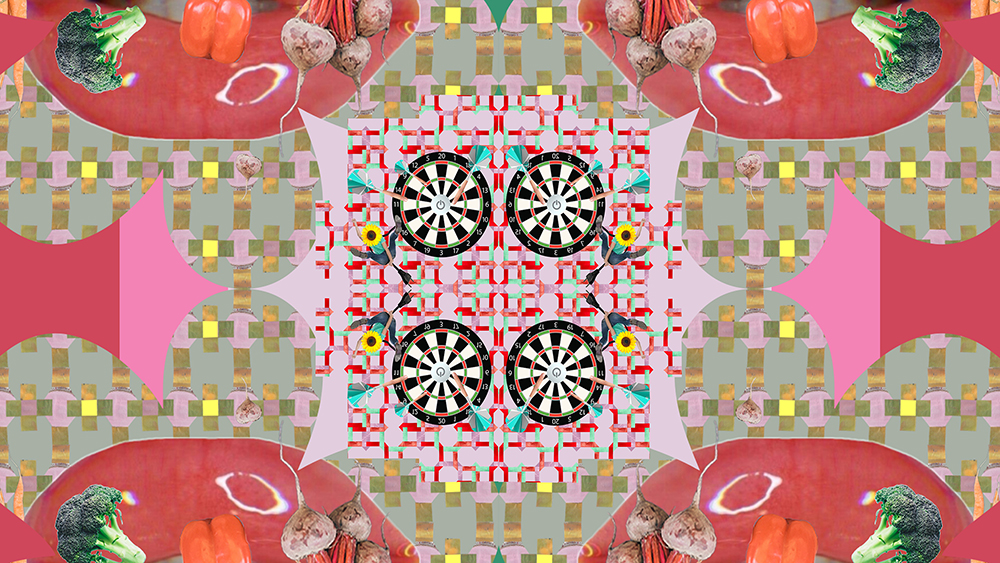 Courtesy of Made of Matter

“I have always wanted to disrupt the traditional wallpaper industry,” says Julia Bancilhon, the founder of the London-based wallpaper brand Made of Matter. “Virtual and augmented reality [VR and AR] have been my catalysts to drive this change.”

The collage artist’s animated wallpaper is among the most eye-catching AR and VR design products gaining traction in high-end residential and product composition. These technologies, still nascent, are powered by cutting-edge software-platform systems—mostly rendered in 3-D—including Blender, Unreal Engine and Photoshop.

“AR and VR are starting to change the way that the deep-pocketed buy design pieces for their luxury homes,” says David Azar, the founder of the Cryption, a site dedicated to Web3 technologies incorporating the two techniques. “They’re also impacting how people build, sell and outfit these homes.”

To further clarify the definitions, Azar says that AR augments a real-life setting or object by imbuing it with digital elements—such as a three-dimensional visual of a sofa as it would look in your living room. VR, on the other hand, is a rendered 3-D world, similar to a design of a house that hasn’t been built yet. Designers and architects today are turning to both approaches in imaginative ways.

According to Bancilhon, interested clients will be able to scan a QR code on their phones or push a button on their computers and watch a two-minute wallpaper animation featuring 120 separate frames. Each frame may be viewed individually, with clients selecting the ones they particularly love. Made of Matter then translates the frame’s image into a wallpaper pattern, which it produces for the client—a bespoke pattern for the metaverse age. The company charges around $350 to buy a single frame while the wallpaper costs $70 for every 10 square feet.

In the same vein, the French design studio Lezar is selling digital-to-physical art for homes. Cofounders Jacques Lalo and Alexandre Vannucci utilize their expertise in AR and VR to create immersive works for clients.

Most recently, Lezar is behind the artwork Be Twin Lines, which depicts a woman dancing. “Each of the 2,775 frames of the dance can be acquired as an exclusive NFT,” says Vannucci. “This NFT gives its buyer the right to transform the snippet they select into a physical work.” An NFT costs $400, he says, while an artwork can run upwards of $4,000, depending on the materials and size.

Going beyond decorative items, some architects and interior decorators are surpassing standard rendering software and using VR to more precisely conceptualize their residential projects. Tel Aviv–based architect Simon Barazin, for one, began to embrace VR technologies and uses the 3-D software Unreal Engine to develop renderings complete with the scale of rooms, lighting, colors and materials.

Barazin’s latest commission—an around $500,000 job, a considerable amount of which went toward the VR component—had him renovating a large minimalistic kitchen for a Tel Aviv apartment. “The client favored bright colors, so I presented him with three renderings—blue, green and red. He was able to see how each would look in his kitchen and ultimately liked blue best,” he says. “The design process was straightforward, which is what VR helps do. It’s been groundbreaking for my work.”

In some cases, AR and VR can help justify a pricey purchase, says Gianpiero Gaglione, owner of the Los Angeles firm GG Interior Design. “As much as possible, clients want to see exactly what they’re getting before they invest large sums of money on renovations” or a new home, he says. With AR and VR, they can.

Case in point: Ornare is a Brazilian cabinetry brand popular for its extravagant custom closets that run between $100,000 and $500,000.

Steven La Fonte, an interior designer in Miami, regularly hires the company to redo closets for his client’s homes and describes its use of VR goggles at its Miami showroom as radical. The technology gives clients the opportunity to “live” in their potential closets—rooms that could incorporate elements such as leather shelving and reflective bronze-glass.

“No matter how wealthy they are, people can be hesitant to plunk down a large sum of money on a closet when they’re not sure how it will actually look,” says La Fonte, who adds that he tasked Ornare to install a closet in his own Miami home earlier this year. “To be honest, I wouldn’t have paid for it if I couldn’t see it beforehand,” he says. “VR gave me the chance.”