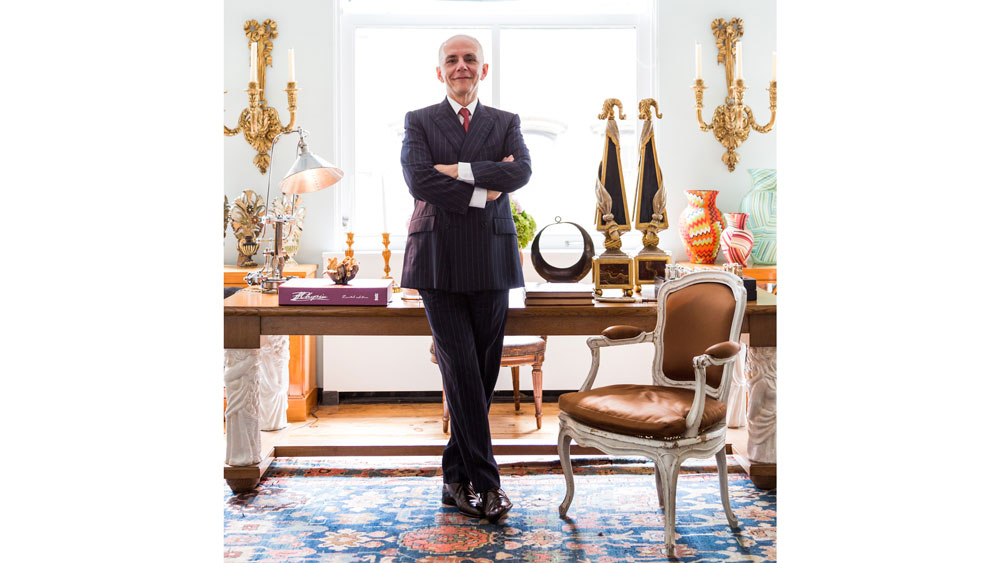 For Paris-born, New York–based designer and architect par excellence Robert Couturier, life is about a constant process of renewal—both to amuse the eye and reinvigorate the soul. So it might come as little surprise that the process often involves parting with important and precious things. At Christie’s on June 6, Couturier plans to surrender 117 opulent and over-the-top objects from his Manhattan apartment, largely because he has chosen to move house from SoHo to an as-yet-to-be-purchased townhouse uptown. There, he says, he intends to create an environment that is more spare, simple, and serene to complement a well-appointed country house in Kent, Connecticut, which he shares with husband Jeffrey Morgan and five fêted rescue shih-tzus.

A bench by Christoph Côme from 2011 from the collection of designer Robert Couturier will be offered at Christie’s in New York on June 6. It carries an estimate of $5,000 to $8,000.  Courtesy Christie’s

“Originally, I was going to put only a few objects up for sale, but it was easier, emotionally and psychologically, to just part with it all. Really, how can you choose just one?” Couturier told Robb Report on the eve of the sale. Collectors, he says, will have their pick of decorative works by a range of notable designers, including Jacques Adnet, Paul Evans, Diego Giacometti, and Ercole Barovier.

The “Cityscape” game table (1978) in burled walnut with acrylic chess pieces by Paul Evans is among the lots consigned by designer Robert Couturier hitting the block at Christie’s on June 6. It carries an estimate of $2,000 to $3,000.  Courtesy Christie’s

“Quite frankly, the prices at Christie’s are very reasonable,” says Couturier, noting that he will certainly be taking a financial loss. “But, you know, I find it comforting to let go, for it lifts a weight off one’s mind. And it is comforting to know that another collector will be giving these works new life.”

A pair of mid-century faux marble and parcel-gilt obelisks will be offered by Christie’s on June 6. They are estimated at $1,500 to $2,500.  Courtesy Christie’s