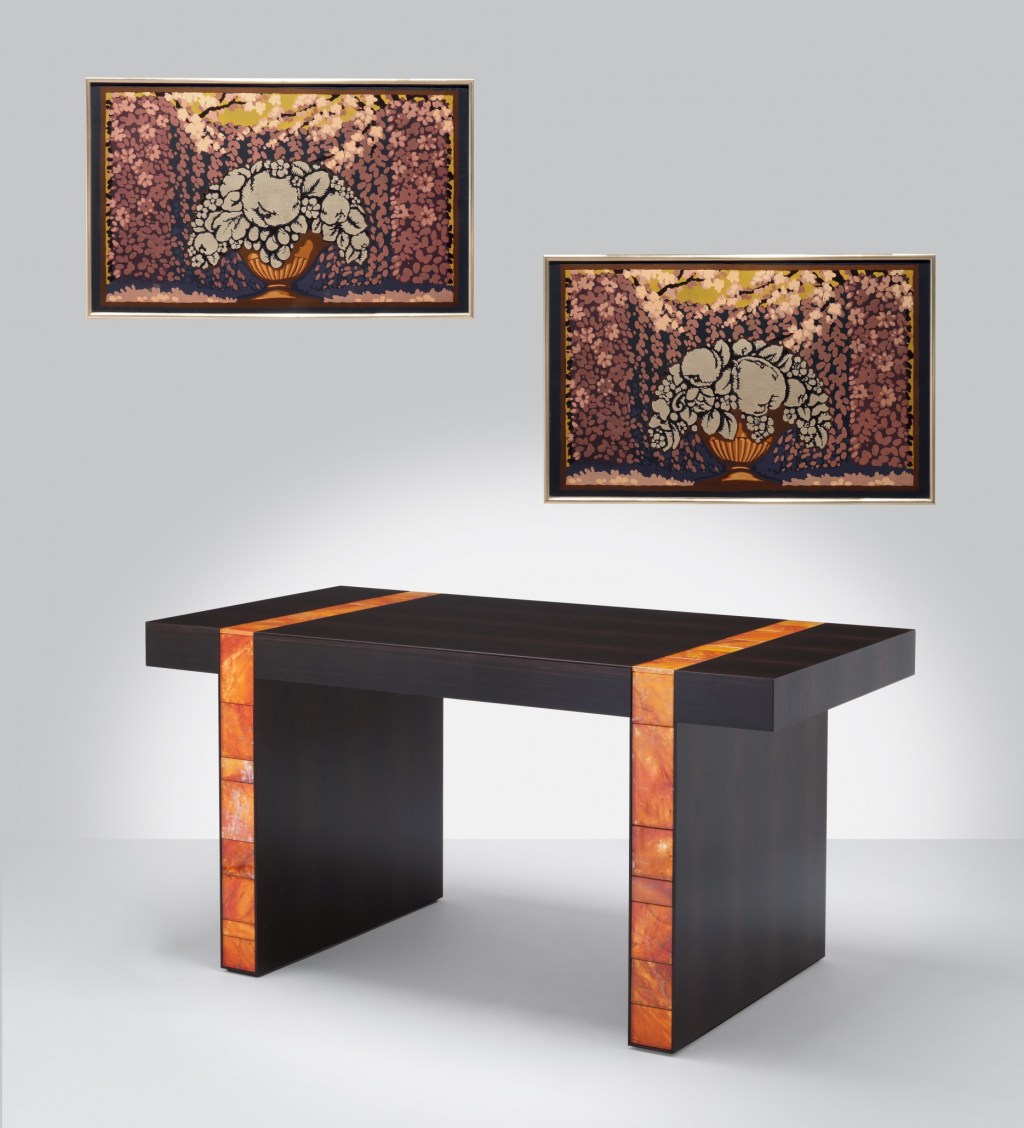 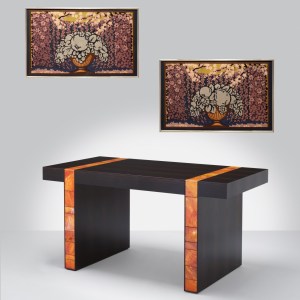 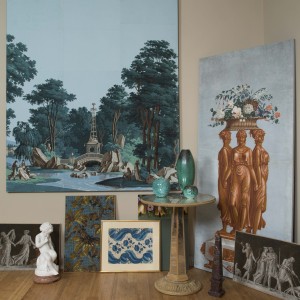 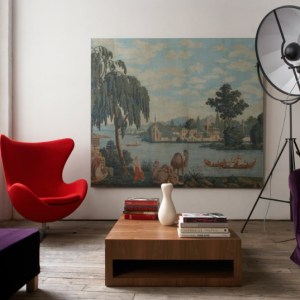 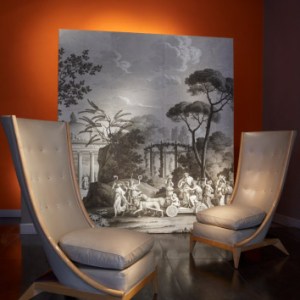 The highly influential international gallerist, designer, collector and pioneer of 20th century art and design, David Gill created Editions David Gill in 1989 to commission designs by artists exclusively produced by David Gill, encompassing art, jewelry, lighting, furniture, objects, carpets, textiles and silverware. Gill’s longest collaboration has been with the Swiss designer Mattia Bonetti with whom he has produced seven collections, the first in 1988 in cooperation with the Victoria & Albert Museum. The barbaric baroque quilted Prince Imperial chair by Garouste and Bonetti in the window of David Gill’s first gallery premises attracted a completely new clientele interested for the first time in the excitement of the ‘marriage’ of art and design.  Says David Gill, “My quest to curate contemporary artists and to delve into history has led to what David Gill Gallery and our Editions are today. I want to make history not just sell it.”

For Mattia Bonetti the idea of an exhibition is never based upon the notion of a family of objects but more, ‘resembles an unexpected meeting of objects with various interconnections’. Bonetti’s collections with David Gill have produced some outstanding pieces from small twig-like candlesticks to the huge velvet-covered sofas and chairs of the 2014 collection whose bulbous arms are flanked with shields of gold studded with semi-precious stones mounted on wood.

Over the years, David Gill has also curated major museum exhibitions for his artists. He sees such museum exhibitions as an important part of his vocation forging ever-more interesting interconnecting links between art and design. Based on this concept and approach to art and design today, Carolle Thibaut-Pomerantz, renowned specialist in vintage Wall Paper panels Papiers Peints, has invited David Gill to collaborate with her at the Winter Antiques Show 2017, January 20-19, 2017 at the Park Avenue Armory, New York City.

Over the years Carolle Thibaut-Pomerantz has pioneered the rediscovery of this unique mural art form. These vintage papers, hand wood-block printed, were great printmaking, not only by the scale of the decors but by the complexity of the workmanship. From the late XVIII century through the Art Deco period, Papiers Peints— the art of illusion and trompe l’oeil– revolutionized the concept of interior design, introducing greater space and light into a room, as well as an element of elegance and originality.

For this unique event at the next Winter Antiques Show, Mattia Bonetti has created a special wallpaper entitled Carolle Line. This paper will be presented on the overall walls of the stand and vintage Papiers Peints will hang over it as small or large works of art. In the booth will be some of Mattia Bonetti’s most innovative furniture.

All will intermingle together, bringing this unexpected association which is the inspiration of those involved—David Gill, Mattia Bonetti and Carolle Thibaut-Pomerantz, proving how fine design and creativity can interact, and the result is timeless.

Mattia Bonetti (born 1952) is a Paris-based artist and designer. His work has been called whimsical, surreal and unique. Consistently merging the boundaries between art and design, Bonetti, who was born inLugano, Switzerland, initially studied textile design at the Centro Scolastico per l’Industria Artistica.  Moving to Paris in 1972, Bonetti initially worked within his chosen field of textile design, but then developed a career as a stylist and photographer. Working in black and white film, Bonetti would shoot miniature interiors that he had made by hand, which in turn led to his love of furniture. Bonetti’s work has always begun with a free-hand sketch, which is then fabricated in materials including patinated bronze, gilding, acrylic, wood, rock crystal, marble, glass and gemstones.

Carolle Thibaut-Pomerantz, trained as an art historian, deals in the decorative arts, with a specialty in fine vintage wallpapers from the XVIII century to the 1950’s. She has pioneered the rediscovery of this unique mural art from, known as “Papiers Peints” and is known as the specialist in this field. Bi-cultural, Franco-American, she is based both in Paris and New York. As a private dealer, she advises collectors, designers and corporations both in Europe and the United States.  Many of her rare vintage papers have been acquired by major museums such as, the Metropolitan Museum of Art, Philadelphia Art Museum, Boston Museum of Fine Arts, Chicago Art Institute, Musée des Arts Décoratifs in Paris, Kunstgewerbemuseum Staaliche in Berlin.