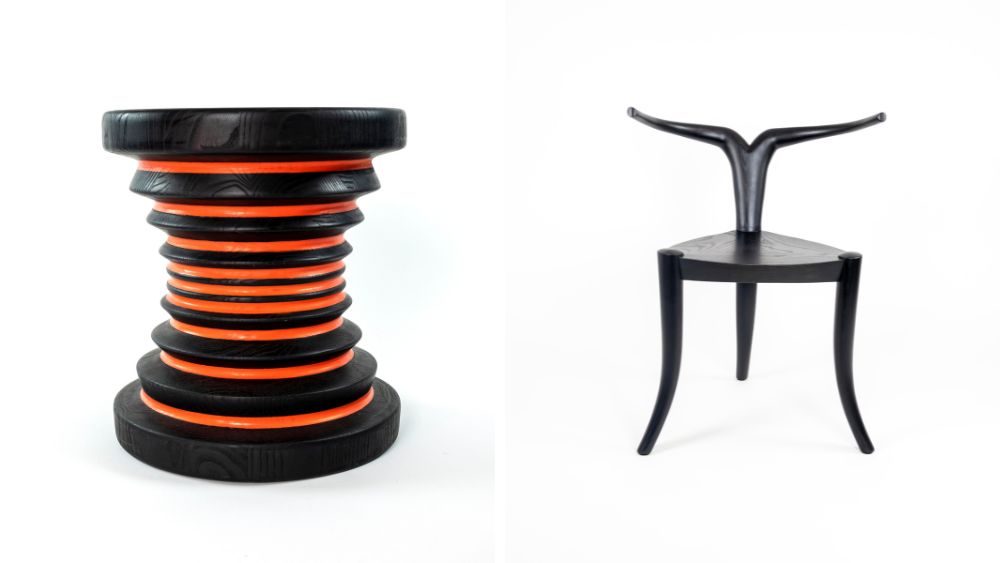 After four years, the long-awaited Black Panther sequel has finally arrived. The set design certainly did not disappoint, either.

Ethiopian-American designer Jomo Tariku is partly to thank for that. Five of his African-themed pieces appeared in Marvel’s Wakanda Forever, which debuted on November 11. Recently honored with the 2022 Maker Award from the Black Artists + Designers Guild, Tariku is perhaps best known for his sleek modern designs that pay homage to his cultural heritage. His high-end furnishings naturally fit right into the film’s Afrofuturistic feel, too.

Working closely with set decorators—including Academy Award-winner Hannah Beachler, Lisa Morgan and Molly Ebner—Tariku selected a range of sculptural stools, chairs and end tables for the big screen. In one scene, you can see a trio of his geometric stools stacked on top of each other to form shelves. It provides a perfect backdrop for Wakanda Forever’s star-studded cast.

Tariku’s pieces draw from Africa’s historical structures, artifacts, landscapes, wildlife and even hairstyles. Everything from the shape to the color is heavily influenced by the continent’s rich and diverse culture. The Ashanti stool, for example, is a modern interpretation of a carved wooden seat from Ghana, according to the designer. The Boraatii stool takes after an Ethiopian headrest, and the Dogon is modeled after a ceremonial stool in Mali. Similarly, the Nyala chair was inspired by East African mountain antelope, while the Mukecha stool was made to resemble a traditional mortar and pestle.

Tariku recently unveiled a limited-edition version of the Nyala chair with Wexler Gallery. Similar to the one in Wakanda Forever, this iteration is finished in black but it includes different white-acrylic detailing that mimics antelope markings. The designer also announced on his Instagram that he’ll be working on “Black Panther versions” of the three stools.