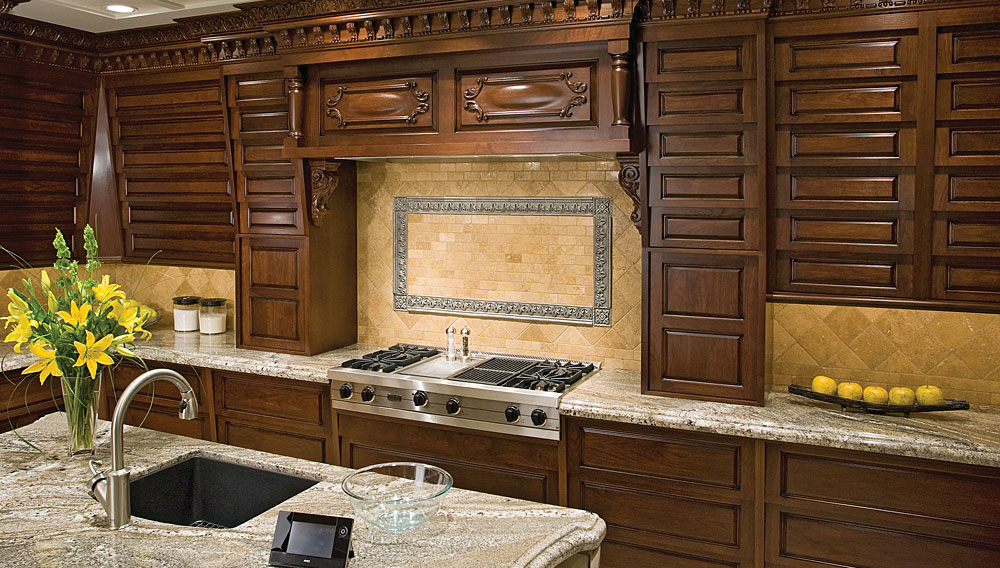 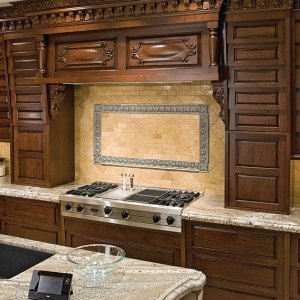 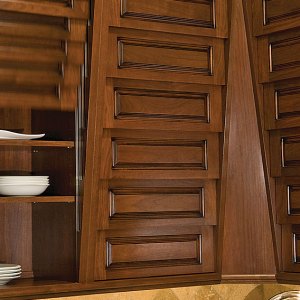 When Randy Deem, owner of Brigham City, Utah–based Anvil Construction, was building spec houses in 1997, he became disenchanted with the standardized cabinets and hardware that kitchen suppliers were presenting to him. Believing he could do better, he created a kitchen design that emphasizeddovetail construction, handcarved details, and high-grade finishes. “From there, we just kept making them for our own use,” says Deem, “and soon more people saw what we were doing and asked us to create a kitchen for them.” Thus the cabinet-making business Anvil Cabinet & Mill was born.

Last July, the company took kitchen design to an unprecedented level with the introduction of Anvil Motion. The computerized system is the first automated cabinetry to be both button- and motion-activated andto integrate with other home systems, such as lighting, media, HVAC, and security.

Unlike kitchens that employ remote-control-based touchscreen technology alone, Anvil Motion’s cabinetry incorporates motorized sensors that respond not only to the touch of a wireless device but also to the simple wave of a hand. “Your hand has to be within one inch of the sensor, so you can’t just set them off by walking by them,” says Deem, explaining how the sensors cue drawers and cupboards to open and close. Fingerprint-recognition technology can be used to restrict access to compartments containing medications or sharp implements.

Anvil Motion is so smart, in fact, that the cabinets synchronize with the rest of the home’s automated technologies to streamline the entire cooking process. “Let’s say you were preparing to bake,” says Deem. “All you would have to do is press a button, and all of the preset cabinets containing your baking supplies would open, the ovens [concealed behind retractable panels] would be exposed, and the lighting would adjust to the desired level for the individual user.”

Users enter into the system their preferences for a range of kitchen-use scenarios (all cued via touchscreen), which might involve food preparation, broiling, grilling, and so forth. At the same time, Deem adds, “The heating-and-cooling system of the home will recognize that you are going to be cooking, and begin to offset the heat created by the appliances with an infusion of cool air. And the media system can unveil a TV that is preset to the channel of your choice.”

With the unique functionality of an Anvil Motion kitchen—priced from $2,000 to $4,000 per linear foot for a standard base and upper cabinet configuration, depending on the client’s specifications for the design, finish, and amount of technology—comes distinctive form. “We threw out the 12-inch-deep upper cabinet parameters and, in so doing, created tapered doors that rise at an angle vertically and rest in a docking station,” says Deem. Other automated systems, he says, have doors that rise and fold outward simultaneously: “If you’re not careful, they could hit you in the head.”