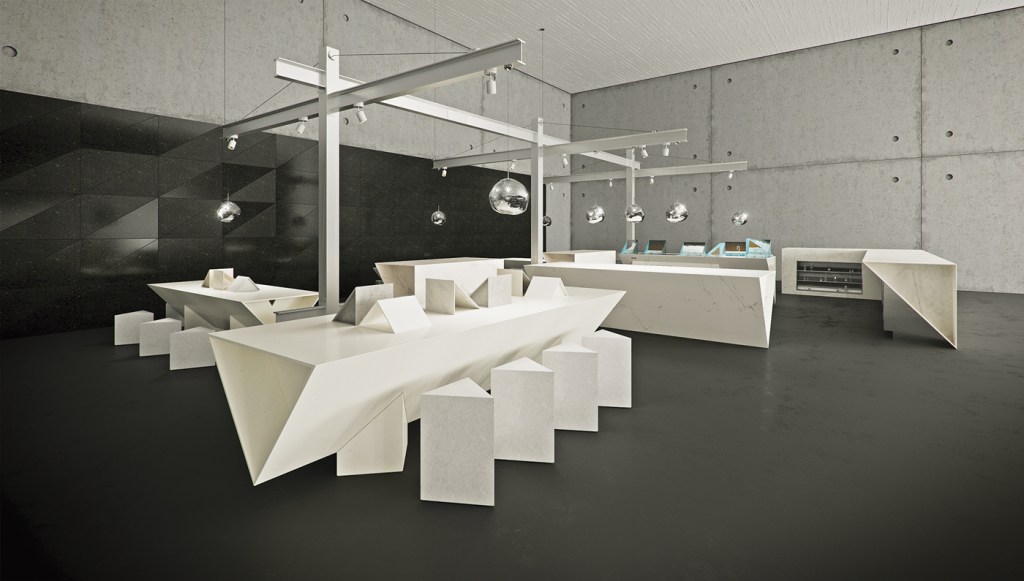 The quartz-surfaces manufacturer and the British designer Tom Dixon have succeeded in crafting a cool-looking kitchen that truly evokes the cold. Called Ice, it debuted at the Interior Design Show in Toronto in January, and it is the first of four kitchens inspired by the elements—water, earth, air, and fire—that the company plans to unveil. For inspiration, Dixon looked to Canada’s frozen lakes and the jagged pieces left by the icebreakers. Triangular prisms in different sizes and heights help create the aesthetic. The remaining three installments in the series were set to debut alongside Ice at the Salone del Mobile show in Milan in April. caesarstoneus.com