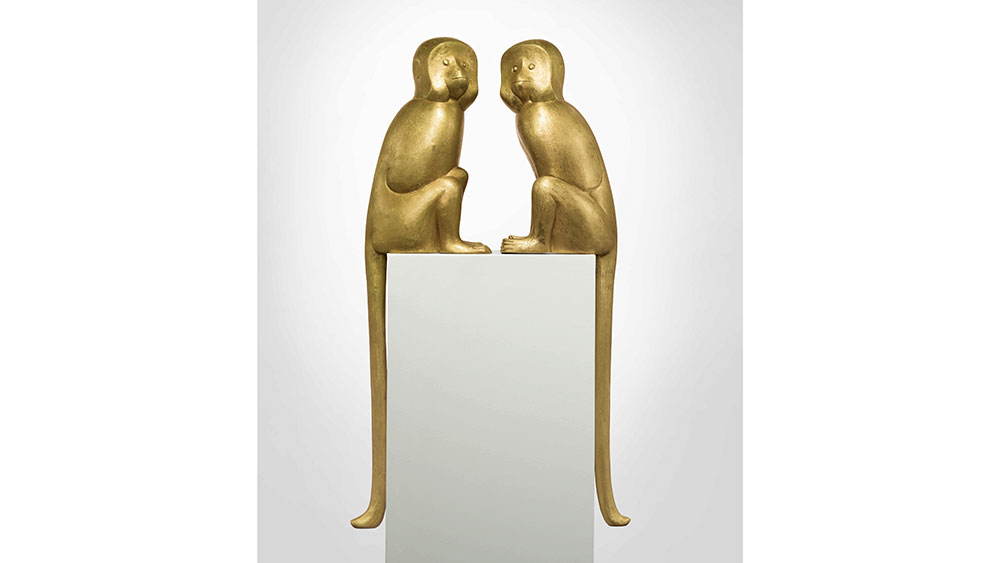 The pandemic may have slowed the luxury market, but the design auction circuit seems more lively than ever—particularly if you’re looking to sell a pair of bronze monkey sculptures.

At Sotheby’s “Important Design” auction on Monday, two such pieces by François-Xavier Lalanne—Singe II and Singe I—realized $4 million and $3 million, respectively. Well above their estimate of between $400,000 and $600,000 apiece.

A big number, but one that comes as little surprise to those familiar with the French artist and designer’s work. Long a favorite among the fashion world set—Yves Saint Laurent himself was an avid collector, as is Peter Marino—Lalanne’s designs are prized for their traditional craftsmanship, sculptural look and charm.

Animals were a big point of inspiration for him. Other entries in his bestiary include a bronze hippo that’s also a bathtub (which sold for $4.3 million at Christie’s last year), a rhinoceros that doubles as a desk and a pair of turtle doves that also function as armchairs.

The previous owner kept the “Singe II” and “Singe I” on his mantle.  Sotheby's

Singe II and Singe I differ in that they have no real function. Lalanne made them later in his career, and they symbolize his movement from functionality to the objet d’arts. The previous owner, the late financier, diplomat and art collector Felix Rohatyn, kept the duo on his mantle.

Three of the sculptor’s other works netted similarly lofty numbers at Sotheby’s on Monday, including Grand Mouton de Peter, which realized $1.7 million and Capricorne II, which went for $2.4 million.

Lalanne wasn’t the only story of the day, though. While many may have predicted that his works would go for millions, few could have foreseen that a small ceramic vase, estimated to sell between $7,000 and $9,000, would go for $431,250.

The Grueby Faience Company that realized an unexpected $431,250.  Sotheby's

The result of a reportedly fierce 45-minute bidding war between two collectors, the vase is a prime example of the work of Grueby Faience Company. The American maker’s oeuvre is indicative of the Arts and Crafts movement. This particular piece is notable for its unique glaze, different from other Grueby pieces.

All in all the auction brought in $20.2 million, a number that soared well beyond estimates of $10.2 million.