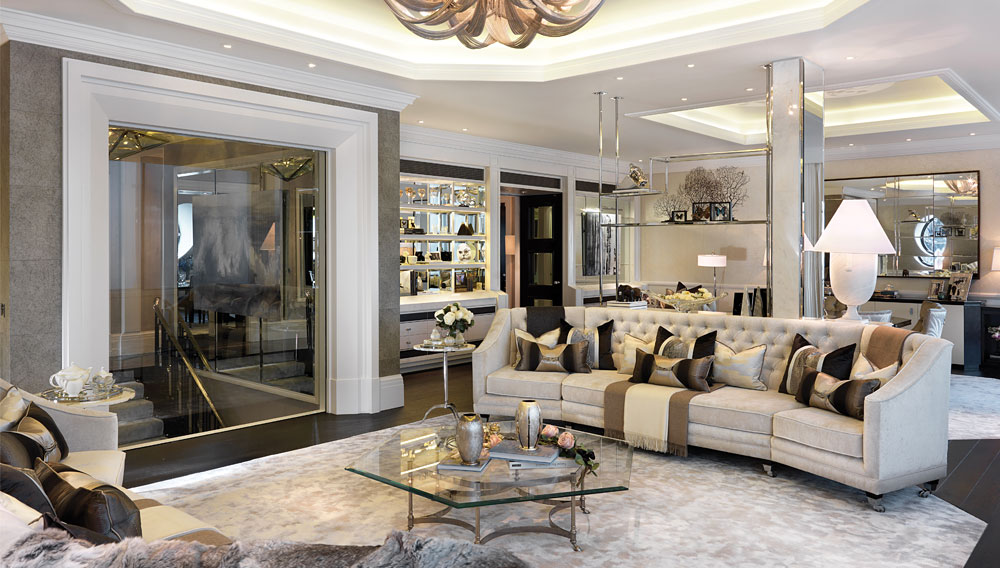 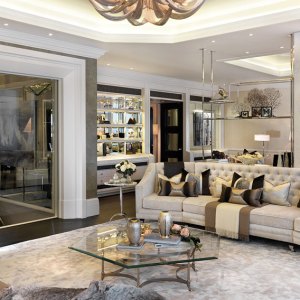 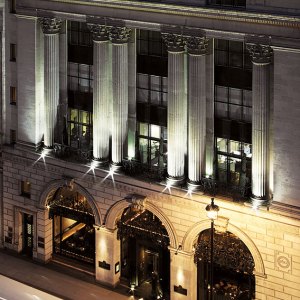 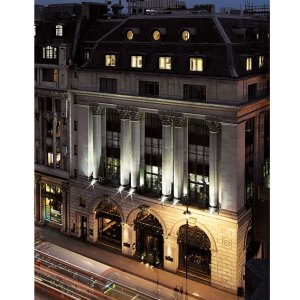 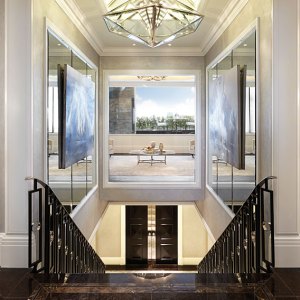 Gazing upon a Candy & Candy–designed property is as rewarding as watching a Gold Glove winner turn a double play or a fleet-footed wide receiver catch a football in the end zone. Founded by the British brothers Nick and Christian Candy in 1999, the London-based firm crafts super opulent trophy homes for the international elite—chief among them One Hyde Park, the 86-unit, $1.7 billion apartment complex in the tony Knightsbridge section of England’s capital city—and succeeds so well that it is easy to forget that its feats of design, like achievements of rare athleticism, come from years of study, refinements, adjustments, and hard work. Their latest property, a penthouse currently for sale for about $72.5 million, is no exception.

Though gifted with a natural talent for aesthetics, the brothers also have a knack for spotting locations with both provenance and potential. Candy & Candy gained an exquisite opportunity in the form of this space in the Wolseley, a Grade II listed (historic and protected) building completed in 1921 to house the offices and showroom of a now-defunct British car company. It sits in the St. James’s area, which is bordered by the Mall, Piccadilly, and Green Park, gratifyingly close to the Ritz London, the Wolseley restaurant, the boutiques of Jermyn Street, and storefronts for Chanel, De Beers, Gucci, Louis Vuitton, Mikimoto, Ralph Lauren, and Tiffany. Candy & Candy fashioned the space into an 8,922-square-foot, five-bedroom duplex penthouse that consumes the structure’s fifth and sixth floors. Just as owners at One Hyde Park can access the amenities of the Mandarin Oriental hotel, the eventual owners of this residence may avail themselves of the services of the Ritz and the Wolseley restaurant.

Maybe other interior designers would have grasped the potential of the building’s roof atrium right away. Nick Candy, CEO of Candy & Candy, admits that originally he and his team planned a fireplace in the formal reception area where the glass wall now stands. The room already had a breathtaking vista of London on one side, but installing a glass wall on the other afforded an equally stunning view of the entrance hall and its staircase and flooded the whole with natural light. Sunlight is scarce and precious to Londoners; saturating the home’s most important common area in golden rays was a savvy choice that reveals Candy & Candy’s fundamental mastery. “That’s the art, isn’t it? Showing luxury without it being overtly crass,” says Candy. “A lot of people get it wrong.”

Realizing they had a jewel on their hands, the designers graced the roof atrium with a gem-shaped chandelier that measures almost four and a half feet in diameter. Fashioned from polished chrome and beveled glass that amplifies the incoming sunlight, the piece was three months in the making. The atrium chandelier was one of several fittings and furnishings custom-made for the property, which took 18 months to complete. Virtually every important detail, from the sofas in the formal reception area to the burr-walnut-finished desk in the study to the dark-stained timber-frame bed in the master bedroom, are bespoke pieces commissioned from the network of artisans that Candy & Candy relies upon and seldom discloses.

Grand chandeliers are a hallmark of Candy & Candy and appear frequently in the firm’s projects. In less skilled hands, these fixtures can appear gaudy or dowdy or both, but in this home, where chandeliers enliven the formal reception area, the formal dining room, and the atrium, they call to mind Gatsby-esque diamonds and ropes of gold.

The penthouse is a turnkey project, which means that Candy & Candy had no individual client signed on when it embarked on the interior design. Turnkey residences are more difficult to create than they might seem, as having no one to please can yield a home that pleases no one. To settle on specifics, the design team dreamed up a potential client and worked with that individual’s sensibilities in mind. Nick Candy describes the would-be buyer as someone who is “international in nature, who wouldn’t use the penthouse more than six months a year, and who has great taste and style.” The formal dining room, with its dark-stained walnut dining table for 12 and its silk wallpaper handpainted with a fanciful Asian landscape, provides the backdrop for serious entertaining. The generously sized master bedroom and the adjoining marble-clad master bathroom are sumptuous spots for relaxing and rejuvenating. And the study (not shown), with its charming original porthole window, meets the need for a setting in which to buckle down and work.

Neutrals dominate the home’s palette, with warm whites furnishing the glue that holds everything together. Oyster-colored velvet covers the twin curved couches in the formal reception area and the banquette in the kitchen, where a rare touch of color appears in the guise of an abstract canvas by the blind painter Sargy Mann. “We used oyster and taupe a lot,” says CEO Candy. “London is a gray city, so we had to be careful not to overdo the gray.”

Doing the most to banish the gray are the two roof terraces, which offer unmatched 360-degree views of the city. The formal reception area leads to the smaller terrace, which measures more than 23 feet by 7 feet; the main roof terrace, measuring in excess of 34 feet by 25 feet, is reached via a spiral staircase. Though gloriously open, the terraces are feats of design—cleverly crafted to allow as much privacy as the tinted windows of a limousine. “It’s one of the best terraces in London, and maybe the best,” says Candy. “You can see every single one of the iconic buildings in London, and you could be naked, but no one would see you.”

Setting: A duplex penthouse within the Wolseley building, a former automotive company headquarters and showroom in the exclusive St. James’s section of London

First Look: Bentley’s New Miami Residences Have Car Elevators That Lift You From the Street to Your Condo