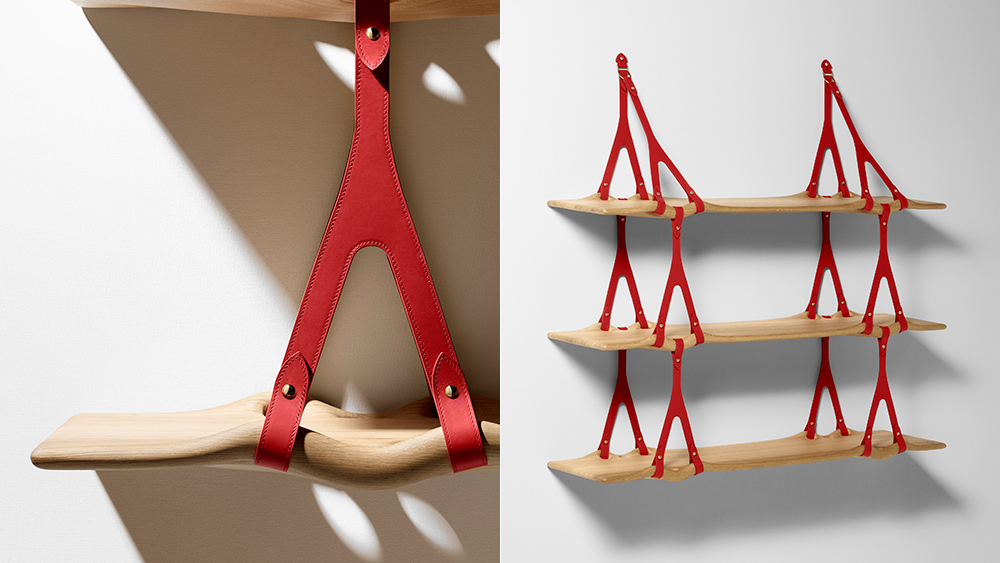 When it’s not turning out its covetable monogram luggage and stylish clothing, Louis Vuitton takes being a patron to artists seriously. The most famous example is probably its namesake foundation and museum-worthy space in Paris that acts as a gallery for some of the most exciting shows in recent memory. But its less-publicized Objets Nomades collection is no less important. The latest addition to this design anthology is the first by an American artist and will debut at the upcoming Design Miami.

Formed as an ever-expanding line of limited-edition objects, Objets Nomades selectively chooses creators to make additions to its growing roster of contributors. The most recent choice is San Francisco-based Andrew Kudless, which makes him the first American to contribute to the collection with his Swell Wave Shelf. That new piece, along with a trove of others that have never been presented before, will be showcased in Miami at the beginning of next month.

Kudless has an enviable design pedigree; He earned a Fulbright Fellowship to study architecture and urbanism in Japan in 1998 and followed that up with a string of other accolades. He now acts as an associate professor at the California College of the Arts in addition to running his own design studio, Matsys. Kudless is recognized as an innovator in digital design with a commitment to incorporating organic forms into his work, something clearly seen in Swell Wave Shelf.

The new piece is a triple-tiered floating concept constructed with smooth, undulating oak shelves that allude to rocks polished by the elements over time. In a statement, the brand said the functional work embodied “the free-spirited art of exploration and movement that lies at the heart of Louis Vuitton’s Travel DNA. Each level is connected by red straps cut from Louis Vuitton’s famous leather in a Y-shaped formation that almost resembles the trailing arms of vibrant coral at first glance. Its economy of design means it requires only two attachment points on any given wall, but a similar free-standing version is also available with a leather-wrapped metal framework.

Joining it at the forthcoming event will be spectacular works like André Fu’s Ribbon Dance chair, Atelier Biagetti’s Anemona Table and Oki Nendo’s extraordinary Surface Lamp made from a piece of supple leather.

View all of the assembled objects at Design Miami from December 4th-8th.